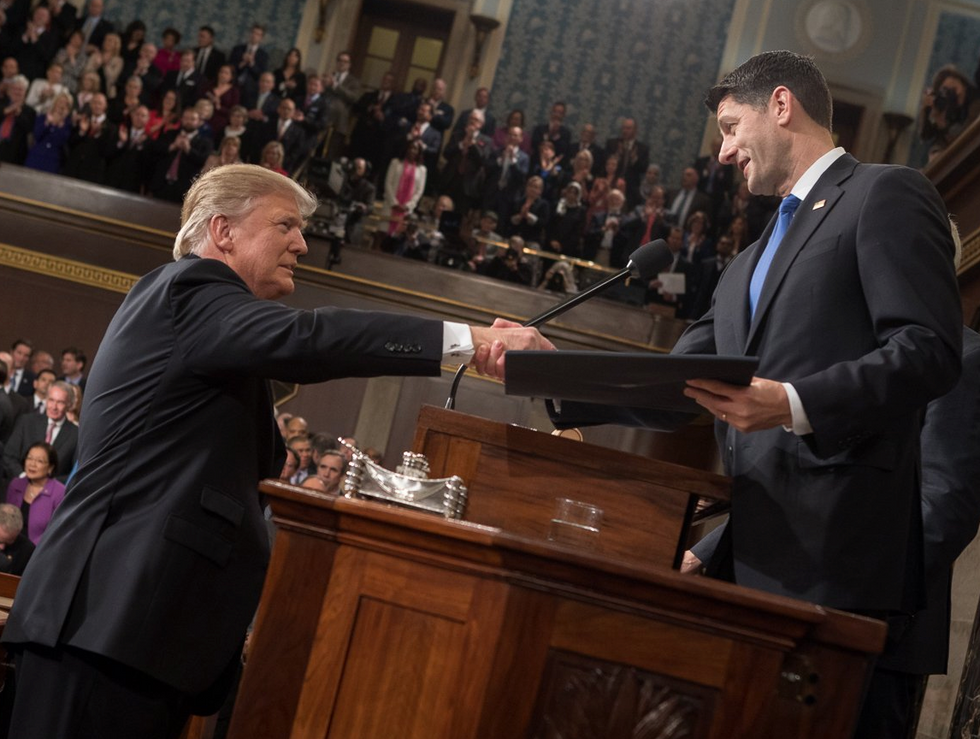 Between the threat of a partial shutdown of the federal government, President Donald Trump’s decision to withdraw U.S. troops from Syria, Michael Flynn’s legal problems, the tumbling stock market, and Defense Secretary James Mattis's resignation, it's been a chaotic week for the White House.

And in her most recent column for the Washington Post, conservative opinion writer Jennifer Rubin warns that “lawmakers and voters” may be realizing that Trump is “far more trouble than he’s worth.”

“Once the realization hits that he’s a net drag on the economy and a needless headache, the country is collectively far more willing to consider grounds for getting rid of him,” Rubin writes. “It’s one thing for garden-variety Republicans to concoct excuses for defending a functional president; it’s quite another to defend him when just about everything seems to have gone haywire.”

Rubin cites an abundance of reasons why it is becoming harder and harder to keep Trump’s “leaky ship of state afloat”—from Mattis’ departure to the deteriorating negotiations over funding the government. The columnist also discusses Trump’s legal problems, including the end of the Trump Foundation (a charitable organization that, Rubin notes, was “identified as akin to an illegal slush fund” by New York State’s attorney general’s office).

Rubin asserts: “Let me suggest the American public is moving toward two disturbing conclusions: the president is a menace, and the president likely broke the law. What’s the implication of all that? First, his chances of reelection are sinking fast. It’s one thing to resist impeachment; it’s another to sign up for four more years of turmoil with a liar and miscreant.”

Rubin’s advice to the Republican Party is to “start looking for options for 2020.”

Rubin concludes her column by stressing that even Republicans can’t help but be troubled by recent Trump-related events.

“The ground shifted substantially over the last week or so,” Rubin observes. “The cracks in his Republican wall o support are widening as actual fear grips Republican officeholders; the public becomes far more willing—anxious even—to see him go. Whether all that will result in his departure from office before 2020 is unknown, but it no longer seems like a pipe dream.”