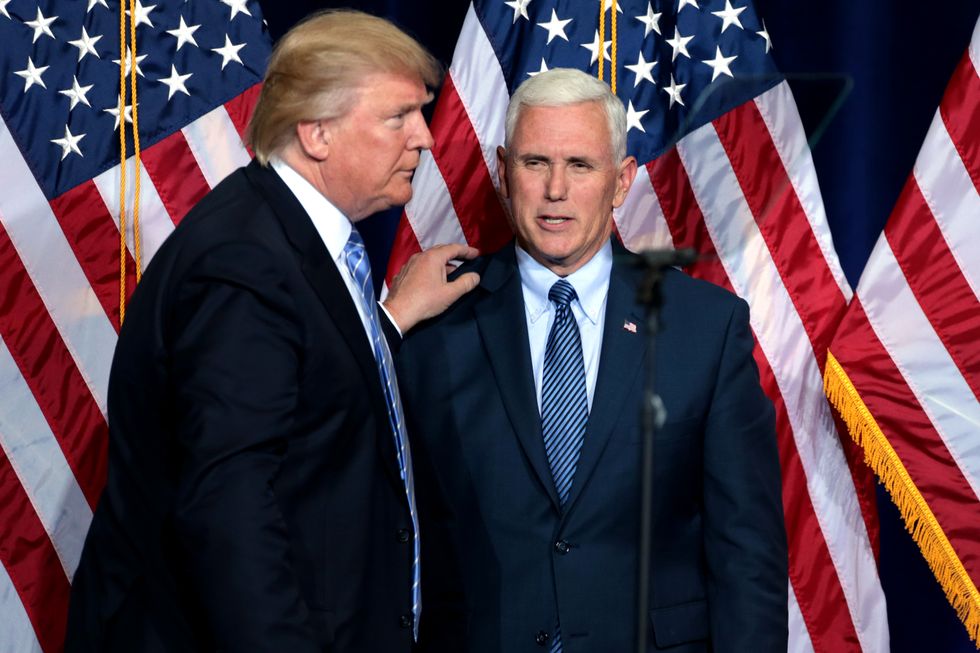 All the circumspection, laughter, and Trump administration statements that even at the time seemed bizarre and gullible, say critics, appear even more damning on Friday night after the Washington Post reported that the U.S. Central Intelligence Agency believes the evidence shows that Mohammed bin Salman, the Crown Prince of Saudi Arabia, directly ordered the murder of  journalist Jamal Khashoggi.

According to the Post's reporting:

In reaching its conclusions, the CIA examined multiple sources of intelligence, including a phone call that the prince's brother Khalid bin Salman, the Saudi ambassador to the United States, had with Khashoggi, according to the people familiar with the matter who spoke on the condition of anonymity to discuss the intelligence.

Khalid told Khashoggi, a contributing columnist to The Washington Post, that he should go to the Saudi consulate in Istanbul to retrieve the documents and gave him assurances that it would be safe to do so.  It is not clear if Khalid knew that Khashoggi would be killed, but he made the call at his brother's direction, according to the people familiar with the call, which was intercepted by U.S. intelligence.

In a statement in response to the Post's story, the Saudi ambassador denied the accuracy of the reporting—claiming he never lured Khashoggi anywhere—and said such a "serious accusation should be not be left to anonymous sources."

CIA has determined that Saudi Crown Prince MBS was responsible for Khashoggi killing. Trump has been briefed. He keeps asking about body -- CIA doesn't know -- and saying MBS maybe didn't order the killing. And he talks about oil and arms sales. https://t.co/2vuK4EfDjW

One U.S. official familiar with the CIA's conclusions told the newspaper that the agency's "accepted position is that there is no way this happened without [the crown prince] being aware or involved."

Among the intelligence assembled by the CIA is an audio recording from a listening device that the Turks placed inside the Saudi consulate, according to the people familiar with the matter. The Turks gave the CIA a copy of that audio, and the agency’s director, Gina Haspel, has listened to it.

The audio shows that Khashoggi was killed within moments of entering the consulate, according to officials in multiple countries who have listened to it or been briefed on its contents. Khashoggi died in the office of the Saudi consul general, who can be heard expressing his displeasure that Khashoggi’s body now needed to be disposed of and the facility cleaned of any evidence, according to people familiar with the audio recording.

The CIA also examined a call placed from inside the consulate after the killing by an alleged member of the Saudi hit team, Maher Mutreb, a security official who has often been seen at the crown prince’s side and who was photographed entering and leaving the consulate on the day of the killing.

Since Khashoggi's disappearance, the degree to which President Donald Trump and members of his cabinet—including Secretary of State Mike "I-Don't-Want-to-Talk-About-the-Facts" Pompeo—have dodged and squirmed on publicly condemning the Saudis while accepting their denials has been characterized in numerous ways, including: impossible to ignore, "preposterous," and a "disgrace."

While the reporting on the CIA's determination that the crown prince was the person who ordered the assassination was new on Friday, it's nearly certain—if the assessment by an organization known for lying and misleading is to be believed—that the intelligence on which the agency has based this determination has been available to them—and therefore the president—for some time.

Now that CIA has concluded the Saudi crown prince ordered Khashoggi’s assassination, it's worth looking at these two photos again, both taken after the killing: Trump's Secretary of State making goo-goo eyes at the murderer, and Khashoggi’s son being forced to shake his hand. pic.twitter.com/Cago0pxsZy

This isnt surprising. Releasing the conclusion, however, is.

A major blow to the campaign to save MBS!https://t.co/lMBvTXAiv0

As the Post reports, the president has "privately" been shown the CIA's evidence that the crown prince was involved, but Trump "remains skeptical that Mohammed ordered the killing."