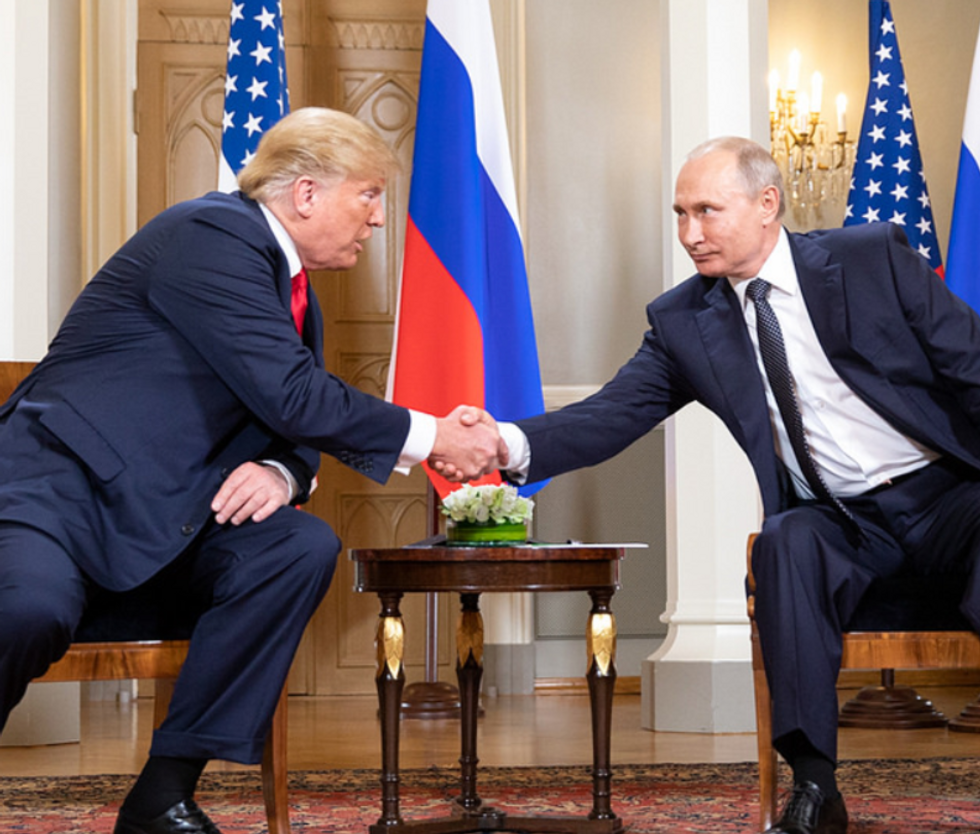 The Trump Organization planned to give a $50 million penthouse to Russian President Vladimir Putin in the proposed Trump Tower Moscow during the 2016 election, according to a new report from BuzzFeed News.

The outlet cites four sources for the story, including "the originator of the plan." It does not say whether Trump directly knew about the plan to give the penthouse to Putin.

The news broke the same day as President Donald Trump's former lawyer Michael Cohen revealed that he had lied about the project to Congress in an effort to stymie the Russia investigation out of loyalty to the president. Trump was reportedly aware of the ongoing project, the planning for which only ended in June 2016.

Many pointed out that if Trump directed Cohen to lie, or has lied himself about the project in his answers to Special Counsel Robert Mueller, the president could face serious legal peril.

But even aside from the legal questions, the revelations show a deep betrayal of the American people. Trump covered up his financial relationship with Moscow throughout 2016 even as the Kremlin began to intervene in the election in an effort to help him win. He did this while running on an explicitly pro-Russia platform and during a convention in which the Republican Party platform was altered to become more friendly to Putin. Claiming to be in favor of "America first" while having this unprecedented conflict of interest is condemnable.

In light of these clear facts, the fact that the president's company also sought to give away massively valuable real estate to Putin is just icing on the top of a stupendous betrayal.