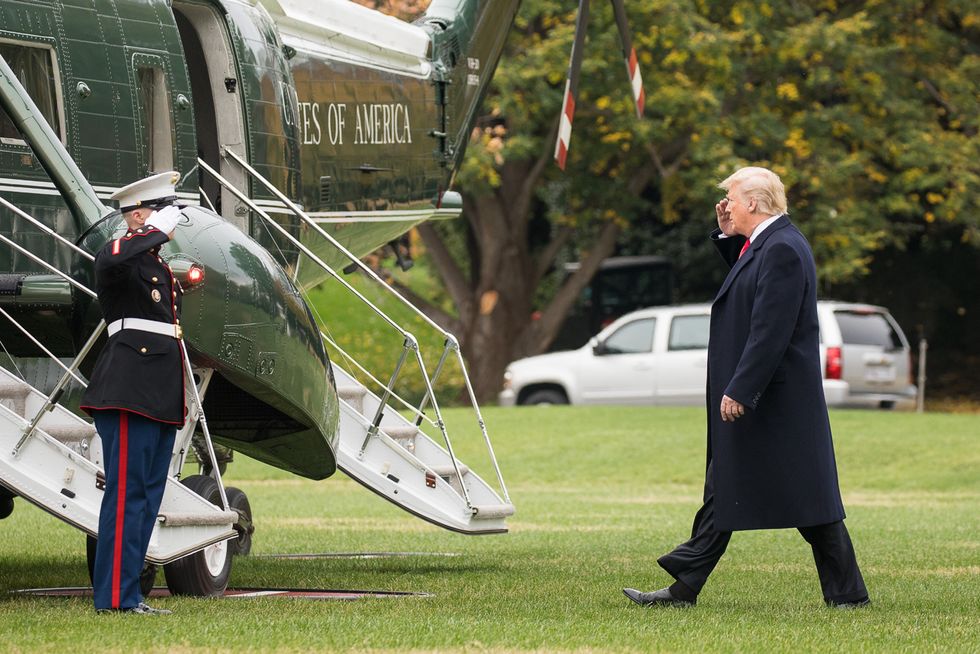 Whatever the outcome of the midterm elections, the Republican Party under Donald Trump has awakened bad memories of the racially divisive campaign that helped elect George H.W. Bush to the presidency exactly three decades ago.

Politics in America was never quite the same after the "Willie Horton" ad aired during the final weeks of the 1988 campaign. Its appeal to white fears and its insinuation that every black man might be a criminal were too blatant even for Lee Atwater, the bare-knuckle consultant then running the Bush campaign.

The ad was primitive, opening with grainy headshots of Bush and his Democratic opponent, then-Massachusetts Gov. Michael Dukakis. A deep voice told viewers that Bush "supports the death penalty for first-degree murderers," while Dukakis "not only opposes the death penalty; he allowed first-degree murderers to have weekend passes from prison." Up came the mug shot of a stereotypical urban marauder, scowling beneath an uncombed Afro. The voice said: "One was Willie Horton, who murdered a boy in a robbery, stabbing him 19 times. Despite a life sentence, Horton received 10 weekend passes from prison." The hapless Democrat appeared again as the voice intoned, "Weekend prison passes: Dukakis on crime."

The 30-second Horton ad was suspected of being an illegal expenditure on behalf of the Bush campaign, although it was attributed to an independent committee called Americans for Bush. Under federal election law, such an advertising campaign is illegal if the ad beneficiary or his representatives in any way encouraged or coordinated with the ad authors.

The official Bush-Quayle spokesmen not only scoffed at the idea that their campaign had been involved but also vociferously denounced the ad and demanded that it appear no more. Roger Ailes, the adman who was running the Republican presidential campaign that year, even threatened to sue anyone who wrote that he had been responsible for the shameful Horton ad.

Many months later, after Bush had won the election in a landslide, certain facts emerged that implied there might have been illicit coordination between Americans for Bush and the official Bush-Quayle campaign. A former top employee of Ailes Communications had written the ad, and a current Ailes contractor had produced it. A Bush campaign researcher had just gone over to the "independent committee" around the time that the Horton ad aired.

There were figures on the right who eagerly claimed "credit" -- and not surprisingly, some of them are associated with Trump today. Ailes, of course, went on a few years later to create Fox News Channel, a vector for bigotry ever since, even though he has gone to his reward somewhere.

Flash-forward to these midterms' closing weeks, when the Trump campaign was directing America's attention to the leering image of Luis Bracamontes, a convicted cop killer who stars in its latest campaign commercial. Echoing the Horton ad in its crude production, this specimen blames Democrats for the thug's murderous rampage and warns that they have invited more "illegals" like him to pillage the country.

Naturally, all the facts point the opposite way. Yes, Bracamontes entered the country illegally. But the Clinton administration deported him. He returned and landed in a Maricopa County jail, from which then-Sheriff Joe Arpaio released him. He landed in a Maricopa jail again, and Arpaio released him a second time. He crossed the border unlawfully again during the George W. Bush administration, and he shot two deputies in 2014.

In short -- and try not to act surprised -- Trump is lying brazenly and absurdly. There is no more evidence that Democrats are responsible for Bracamontes' crimes than there is evidence they sponsored the migrant "caravan" -- which is to say, nada. If Trump wants to frame someone for loosing Bracamontes, Arpaio looks good for it.

The difference between today and 1988 is that back then, the party's presidential nominee had enough residual decency to distance himself from an infamous ad that exploited racist images and tropes. Now the Republican president eagerly promotes the same brand of social poison under his own name, and his party's cowardly leadership chimes in.

Such is the degenerated condition of the party of Lincoln. Let's hope the country is still healthy enough to reject its hideous disease.