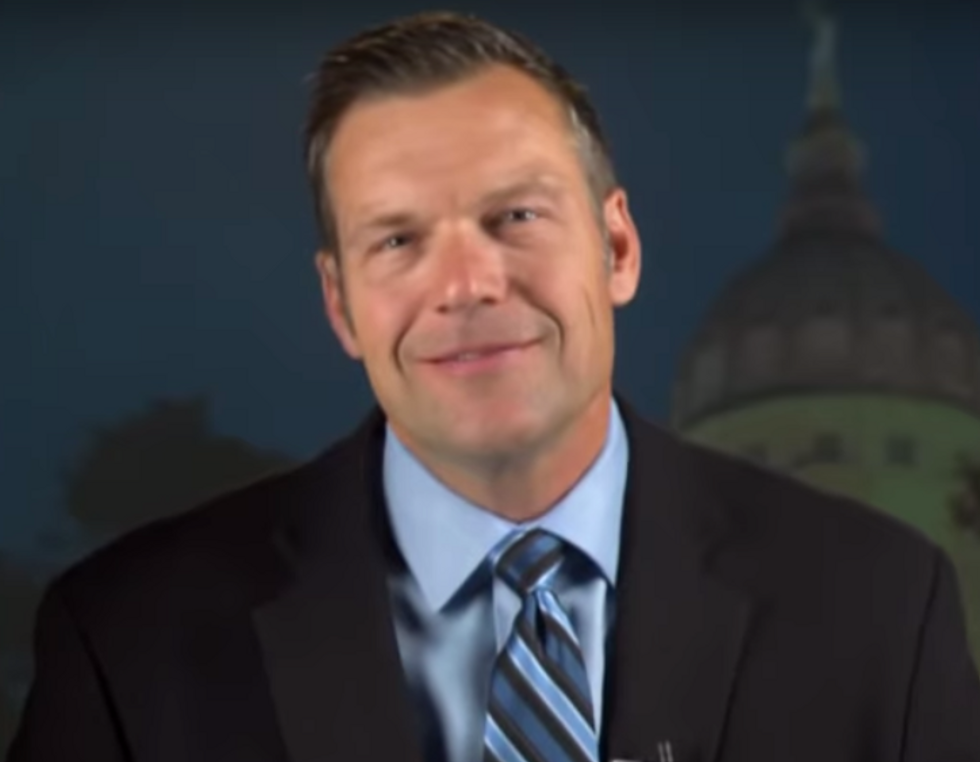 Democrat Laura Kelly has won the race to be the governor of Kansas, trouncing President Donald Trump's ally Kris Kobach.

It was a major win for the Democrat in a usually red state.

But Kobach only won his primary for the governorship by a slim margin, likely pushed over the top by his alliance with Trump. When the president sought to defend his outrageous lie that millions of people voted illegally in the 2016 presidential election, he picked Kobach to head up a commission supposedly to fight voter fraud — which is essentially a non-issue in American politics.

Polls had Kelly and Kobach in a dead heart in the runup to election day.

Kobach has led the fight for voter suppression measures like voter ID laws, which restrict access to the ballot. At the same time, he consistently opposes measures designed to increase voter turnout such as early voting and automatic registration.

With the governorship in hand, Kelly, a member of the state senate, will have the ability to affect the states redistricting after the 2020 census. Had Kobach been in charge, it would have been a foregone conclusion that the state would be heavily gerrymandered to ensure as much GOP control as possible. Kelly gives the state's residents a fighting chance at fairly drawn districts.