Swing Time: Here's How the 2018 Midterms Are Shaping Up in States Both Obama and Trump Won 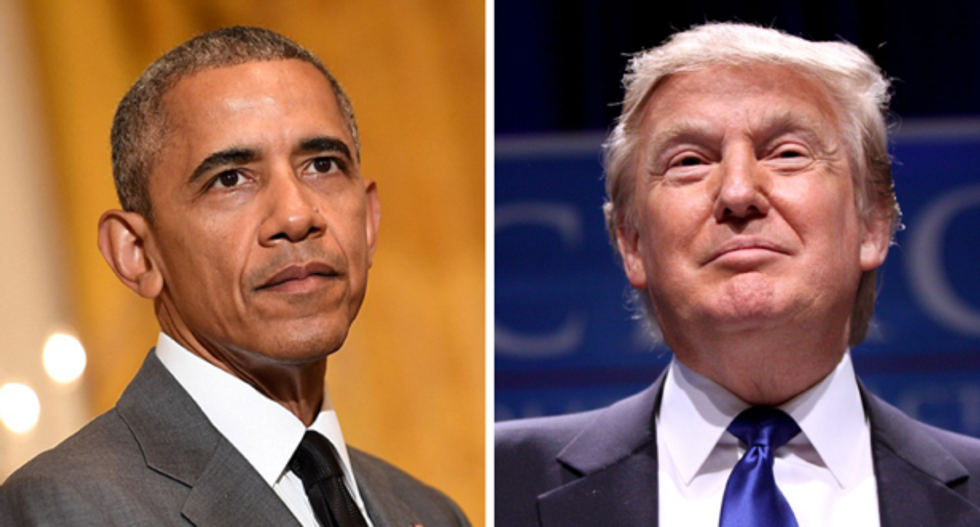 It will come as no surprise this Tuesday, November 6 if there are a lot of Democratic victories in Massachusetts and California and votes for Republicans in Nebraska, Utah and Wyoming. Some races are incredibly easy to predict: Sen. Elizabeth Warren in Massachusetts and House Minority Leader Nancy Pelosi in California are almost certain to enjoy landslide reelections on the Democratic side—and the chances that Republican Mitt Romney will lose the Utah Senate race are slim and none (especially in light of his 36% lead over Democrat Jenny Wilson in a recent Salt Lake Tribune poll). But one good way to try to assess the possible outcome on Tuesday is to examine the climate in swing states—especially those states that went to Barack Obama twice but went to President Donald Trump in 2016. The political climate can be incredibly volatile in swing states, and what transpires in swing states on Election Day will have a major impact on 2019’s political landscape.

Here are six Obama/Trump states—states that went for Obama in 2008 and 2012 yet went for Trump in 2016—to keep a close eye on between now and Election Day.

It isn’t surprising that both President Trump and former President Barack Obama have been called upon to help with get-out-the-vote efforts in Florida this year: the Sunshine State is insanely unpredictable when it comes to politics. And the word “unpredictable” certainly describes Florida’s 2018 gubernatorial and U.S. Senate races, which could go either Democrat or Republican, depending on which party does a better job with turnout. Poll after poll has demonstrated that Florida’s gubernatorial race (Democrat and Tallahassee Mayor Andrew Gillum against far-right white nationalist Republican Ron DeSantis) and its Senate race (incumbent Democratic Sen. Bill Nelson against Florida Gov. Rick Scott, the GOP nominee) are extremely tight. And if there is an especially heavy turnout in heavily Democratic counties like Broward and Miami-Dade, it could be very beneficial for Gillum and Nelson.

Back in 1986—when he was working on the late Bob Casey, Sr.’s gubernatorial campaign—Democratic operative James Carville famously characterized Pennsylvania as Philadelphia in the east, Pittsburgh in the west and Alabama in between (minus Alabama’s large African-American population). And it was an accurate description of the Keystone State. Philly is hardcore Democrat—so hardcore that it hasn’t had a Republican mayor since Bernard Samuel left office in 1952. But in general, Central Pennsylvania (which Pennsylvanians jokingly refer to as “Pennsiltucky” or “Pennsissippi”) is much more GOP-friendly. And the outcomes of U.S. Senate and presidential races in the Keystone State can have a lot to do with how heavy the turnout is in Philly and Pittsburgh compared to “Pennsissippi.” When Trump won Pennsylvania two years ago, there was an especially strong turnout in places like Altoona and Johnstown.

But in 2018, incumbent Democrats appear to be performing well in Pennsylvania’s Senate and gubernatorial races. A poll released by Franklin and Marshall College on November 1 found that Gov. Tom Wolf had a 26% lead over GOP challenger Scott Wagner—while Sen. Bob Casey, Jr. (who is seeking a third term) led Rep. Lou Barletta, his GOP challenger, by 15%.

Obama, on the whole, was a popular president in Ohio, where the auto industry bailouts he championed were credited with saving 1.5 million jobs (according to a 2013 survey by the Center for Automotive Research). But Democrats can take nothing for granted in the Buckeye State, which Trump won by 8%. And Ohio’s 2018 gubernatorial race has been a nail biter, with Democrat Richard Cordray leading Republican Mike DeWine in late October polls by 5% (Gravis) or 3% (Emerson College). Meanwhile, incumbent Democratic Sen. Sherrod Brown was leading Republican Jim Renacci by 6% (according to Emerson) in Ohio’s Senate race.

Politically, Iowa is very nuanced compared to its ultra-Republican neighbor to the west Nebraska, which truth be told, is much more of a red state than Texas: Trump carried Nebraska by 26% compared to 9% in the Lone Star State. Obama defeated Sen. John McCain by 9% in 2008 and Mitt Romney by 5% in 2012, whereas in 2016, Trump defeated Democrat Hillary Clinton by 10% in Iowa—which was the biggest presidential victory a Republican had enjoyed in Iowa since Ronald Reagan in 1980. Iowa has its pockets of liberalism, yet far-right white nationalist Republican Rep. Steve King has been embarrassing Iowa via its 4th congressional district since early 2003. And both of Iowa’s U.S. Senators, Chuck Grassley (head of the Senate Judiciary Committee) and Joni Ernst, are Republicans.

There are no U.S. Senate races in Iowa this year. However, Iowa has had a tight gubernatorial race, with Democrat Fred Hubbell against Republican Kim Reynolds. And there are four U.S. House races in Iowa in 2018, including incumbent King’s battle against Democrat J.D. Scholten. Here’s a real shocker: a poll released by Change Research on October 30 found King leading Scholten by only 1%. And if King is voted out of office in Iowa, it would be an important rejection of white nationalism and blatant racism.

Wisconsin is considered a blue state rather than a swing state. Yet in 2016, Trump became the first Republican to carry Wisconsin in a presidential race since Ronald Reagan in 1984. And even though Obama carried Wisconsin in 2008 and 2012, some prominent far-right Republicans were elected via Wisconsin during the Obama years—including Gov. Scott Walker and House Speaker Paul Ryan. This year, Walker is seeking reelection and has been in a nail-biter battle with Democratic gubernatorial nominee Tony Evers—and Democrats would love to see Walker voted out of office, which is why Obama was recently in Milwaukee campaigning on behalf of Evers as well as incumbent Sen. Tammy Baldwin.

Politically, Michigan has much in common with Wisconsin: it’s considered a blue state and usually goes Democratic in presidential elections, yet went for Trump in 2016. Even though Obama won Michigan twice, Michigan voters elected Republican Gov. Rick Snyder to two terms during the Obama years—and it was under Snyder’s disastrous watch that the Flint water crisis occurred. But Snyder, thankfully, is term-limited, and Michigan’s next governor will be either Republican Bill Schuette or Democrat Gretchen Whitmer. Meanwhile, Democratic Sen. Debbie Stabenow is up for reelection in Michigan and appears to be headed to a comfortable victory over Republican John James. And if both Whitmer and Stabenow are victorious on Tuesday, Trump will not be happy.