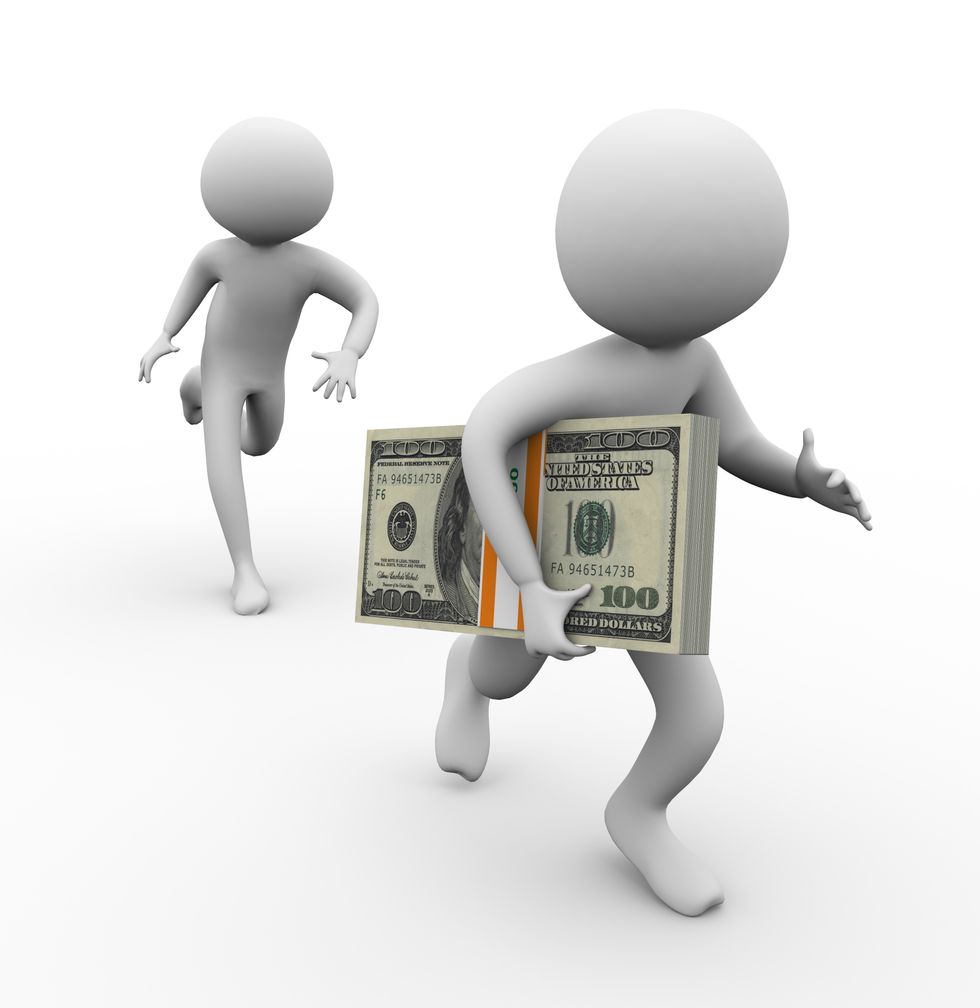 Anyone who has worked in the restaurant business will be happy to tell you that waiters always fight each other to avoid working Sunday lunch shift. Not because they want to sleep in, but because it’s a widespread belief that the post-church crowd is loud, demanding and unwilling to tip appropriately. In the food service industry, “Christian” is synonymous with “selfish.”

Unfair stereotype? Probably. Big groups, regardless of affiliation, tend to tip poorly. More to the point, waiters probably remember the bad Christian tippers more because the hypocrisy is so stunning. The image of a man piously preening about what a good Christian he is in church only to turn around and refuse the basic act of decency that is paying someone what you owe them perfectly symbolizes a lurking suspicion in American culture that the harder someone thumps the Bible, the more selfish and downright sadistic a person he is. And that perception—that showy piety generally goes hand in hand with very un-Christ-like behavior—is not an urban myth at all. On the contrary, it’s the daily reality of American culture and politics.

Bill Maher recently had a rant on his show that went viral addressing this very issue, bad tippers who leave sermons or notes scolding waiters instead of paying them what they’re owed. His larger point is a much more important one: It’s absolutely disgusting how the politicians who make the biggest show of how much they love Jesus would be the first in line to bash him if he returned with a message of clothing the naked and feeding the poor. The Jesus of the Bible multiplied the loaves and fishes. His loudest followers these day gripe about feeding people, claiming it creates a “culture of dependency.” They may even comb through the Bible to take quotes out of context to justify their selfishness toward the poor, as Rep. Steven Fincher did when he claimed the Bible says, “The one who is unwilling to work shall not eat.” The fact that those jobs are unavailable didn’t give him a moment’s pause when suggesting this very un-Christ-like plan to his fellow Americans.

There are plenty of progressive Christians who genuinely try to live out Jesus’ command to love your neighbor as yourself, described in the Bible as the root of Jesus’ entire philosophy. That said, statistics bear out the sense that people who are more invested in being perceived as pious also embrace the most selfish policies. Self-identified conservatives and Republicans claim go to church regularly at twice the rate of self-identified liberals. People who go to church more than once a week are far more conservative than the rest of the population. Indeed, the research suggests how often you report being in the pews is the most reliable indicator of how you’re going to vote. (Though it may not be a reliable indicator of how often you actually go to church. In the grand tradition of showy piety, people who claim to be avid church-goers often lie about it to pollsters.)

The attempts to reconcile the correlation between displays of piety and support for selfish policies get complex on the right, with conservatives often arguing that hating your neighbor at the voting booth doesn’t count because church charities supposedly make up for it. (They don’t.) In reality, the relationship between Christian piety and support for selfish policies is fairly straightforward. It’s not that being Christian makes you conservative. It’s that being conservative makes being a loud and pious Christian extremely attractive.

Without Christianity, the underlying mean-spiritedness of conservative policies is simply easier to spot. Without religion, you’re stuck making libertarian-style arguments that sound like things cackling movie villains would say, like Ayn Rand saying civilization should reject “the morality of altruism.” Since Christianity teaches altruism and generosity, it provides excellent cover for people who want to be selfish, a sheep’s clothing made of Jesus to cover up the child-starving wolf beneath. Since Christians are “supposed” to be good people, people who really aren’t good are lining up to borrow that reputation to advance their agenda.

The fact that conservatism causes obnoxious Christian piety in American culture is most obvious when looking at some of the theological developments that have accrued since the philosophers of selfishness decided to use Christianity as their cover story. The “prosperity gospel” that has developed in recent years is a classic example.

The prosperity gospel teaches, to be blunt, that you can tell how much God favors you by how rich you are. While some on the Christian right reject this idea as a tad crude, it’s still wildly popular and its adherents, like Oral Roberts, are some of the major architects and organizers for the Christian right. It’s a perfect example of how conservative ideology leads to pious Christianity. People want to believe that the rich are better than everyone else and the poor don’t deserve squat, so they find a way to blame God for it rather than own their own greed and selfishness.

Pope Francis may be entirely sincere when he says he wants Catholic clergy to deemphasize the right-wing political pandering in favor of highlighting values that are more in line with liberalism, such as compassion and generosity to the poor, but the odds are slim of this message making inroads with church leaders in the United States. The church needs conservatives who need to believe they’re good and holy people despite their selfish beliefs. Without them, who will show up and tithe? Liberals? Most of them are sleeping in on Sundays, secure that their commitment to social justice makes them good people regardless of how visibly pious they are.

The fact of the matter is that the purposes religion serves in America are shrinking in number. Our cultural identity is increasingly shaped by pop culture, not faith or ethnic identity. Our holidays are more about shopping and having a chance to catch up with far-flung family these days, not showing devotion to a deity. Spiritual needs are often addressed through modern means like psychotherapy and self-help. People build communities through hobbies and interests more than through faith communities bound by geography, ethnicity and family.

Increasingly, the only thing religion has left to justify itself is that it provides cover for people who want to have bigoted, selfish beliefs but want to believe they are good people anyway. As these social trends continue, we can expect the alignment between public piety and grotesquely selfish political beliefs to get worse, not better.