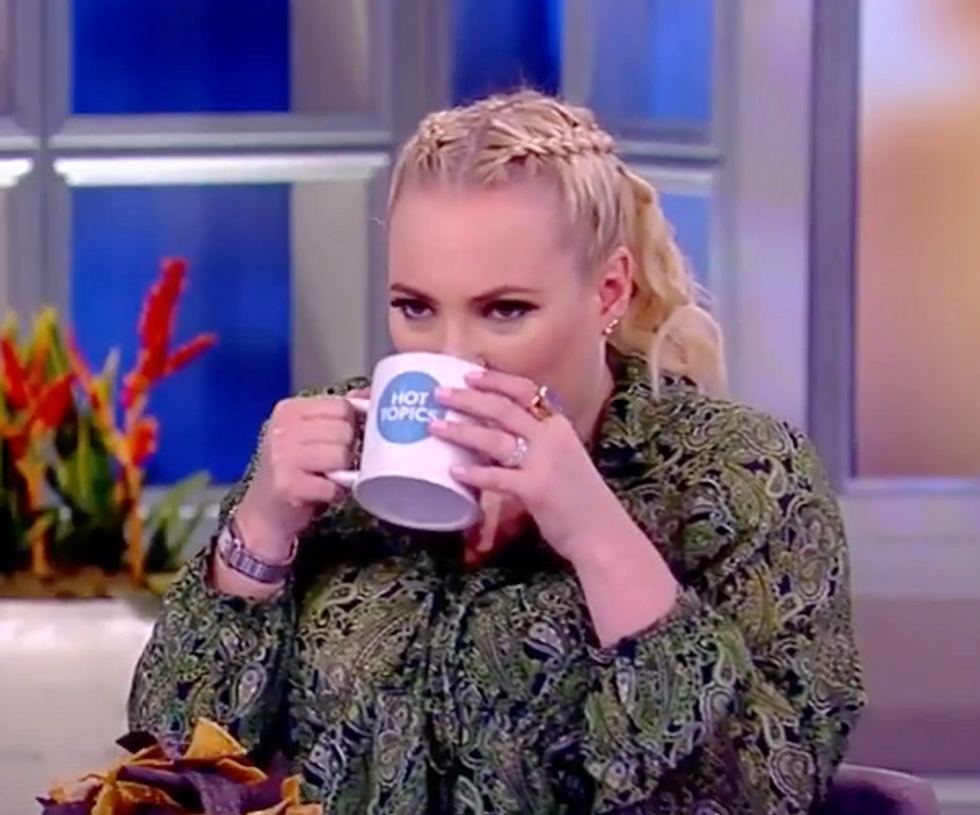 The View’s Meghan McCain on Tuesday tried to score some points against Georgia gubernatorial candidate Stacey Abrams when she brought up the Second Amendment, but found herself on the wrong end of a smackdown as the candidate touted her own gun rights bonafides.

After McCain asked Abrams if she supported banning the AR-15 assault rifle in the wake of the Tree of Life massacre in Pittsburgh, Abrams was quick to point out that she too supports gun rights.

“I’m not anti-gun. My great-grandmother taught me how to shoot when I was growing up in Mississippi,” Abrams replied. “I don’t hunt because I mostly eat chicken and that seems mean.” But Abrams went on to point out that “most responsible gun owners understand that they have the responsibility for the firearms, and making sure that only responsible people have those firearms.” She voiced her support for waiting periods and said the AR-15 should be off the streets.

That set a scowling McCain off, and she asked Abrams if she would be “rounding them up from civilians in Georgia,” language which seemed to imply house-to-house raids searching for guns.

“We have had a ban on assault weapons before in the United States, and I think that we should do it again,” Abrams replied, adding that it needs to be a “national conversation”.

Then, getting in a dig at McCain’s conservative political leanings, Abrams reminded her that late Supreme Court Justice Antonin Scalia said “It is possible to believe in responsible gun ownership and to believe that there should be regulations on that.”