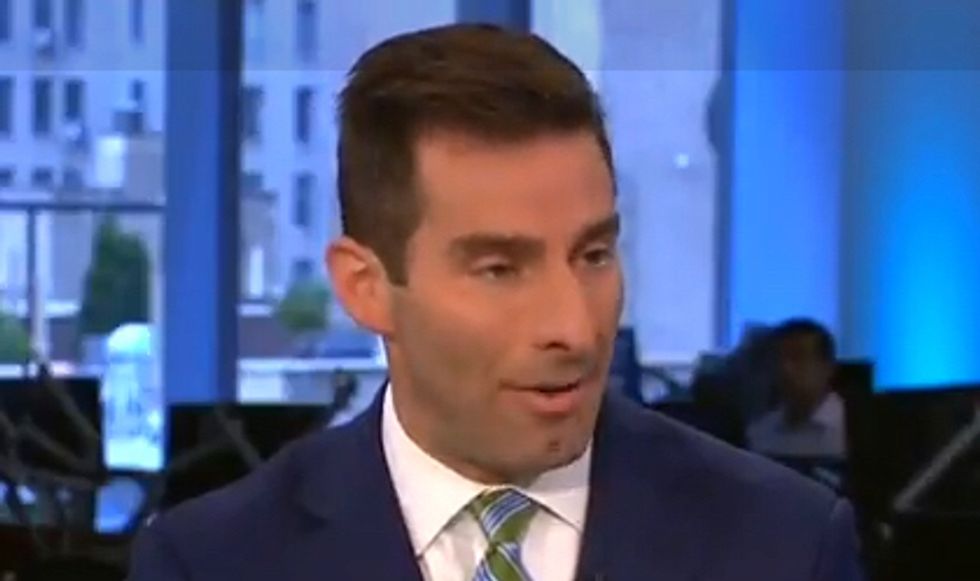 On Monday, the Huffington Post reported that lawyers representing Patrick Stein, a supporter of President Donald Trump who conspired in an anti-Muslim terror plot, are urging a federal judge not to sentence him too harshly, arguing that he only did what he did because he was agitated by the rhetoric of Trump and his supporters on the far right:

Patrick Stein was one of three right-wing militiamen found guilty in April of a conspiracy to kill Muslim refugees living in rural Kansas. Ahead of the 2016 election, Stein and two others plotted with an FBI informant and an undercover agent to bomb an apartment complex that housed Muslims in Garden City. Stein went by the handle "Orkin Man" and referred to Muslims as "cockroaches" he wanted exterminated.

At trial, defense attorneys referred to the defendants as "knuckleheads" who were engaged in "locker room talk," and Stein's attorney argued his client was a victim of a "chaos news" environment that had him thinking a civil war was coming.

According to Stein's attorneys, it would be overly harsh to give him a life sentence because "2016 was 'lit'" and the election was full of hate driven by the "rhetorical China shop bull who is now our president." They also argued that Stein's knowledge of the Qur'an "came directly from the internet and conservative talk-show hosts such as Sean Hannity and Michael Savage," so he really didn't know any better. They suggest that an appropriate sentence for his weapons of mass destruction and conspiracy charges would be 15 years.

It remains to be seen whether the court will buy this as a valid argument for leniency. But the idea that far-right rhetoric is spurring hatred and violence is hard to ignore.

Cesar Sayoc, the man who sent 13 pipe bombs to Democratic officials over the previous week, was an avid Trump supporter and registered Republican who attended the president's rallies. And Robert Bowers, the neo-Nazi who shot up the Tree of Life synagogue in Pittsburgh, echoed Fox News conspiracy theories about the migrant caravan and actually opposed Trump because he thought Trump was not doing enough to spread hate.

As the midterm elections approach, Trump has been relying particularly on culture war rhetoric to inflame his supporters, even going so far as to send troops to the border to block potential migrants. And as he does so, the undercurrent of national tension and hostility shows no signs of abating.