Marijuana Midterms: How the Prospects for State-Level Legalization and Medical Marijuana Are Looking 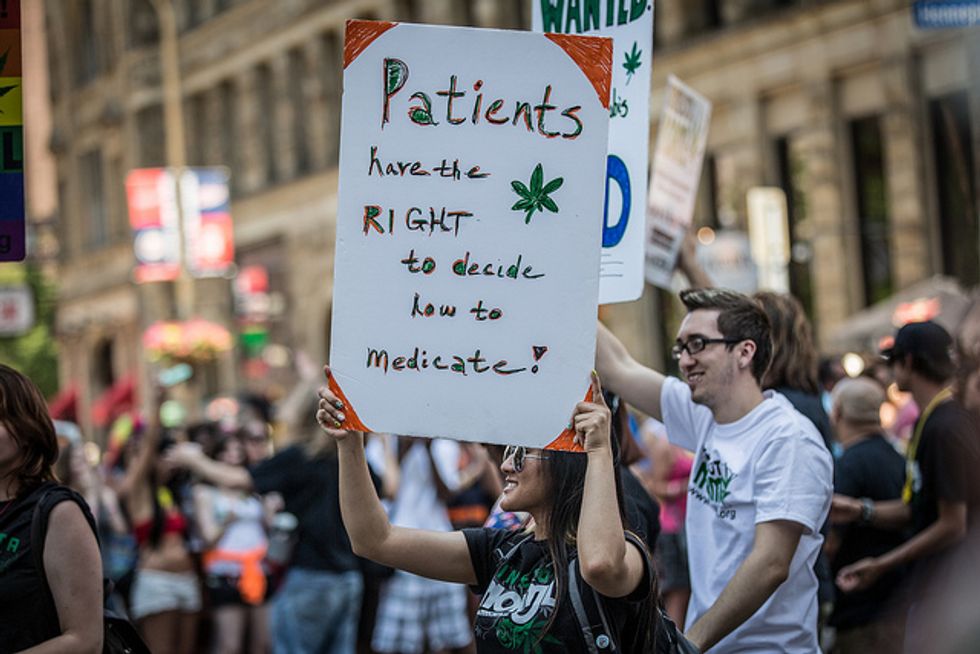 It’s possible that all four will pass, but it’s looking more likely in Michigan and Missouri than in North Dakota and Utah. In North Dakota, well-funded opposition may drown out the legalization message, while in Utah, late maneuvering by the Mormon church and state political leaders is undercutting support from what had previously appeared to be a measure cruising toward victory.

Here’s a quick recap of the initiatives and their prospects.

The initiative looks well-positioned to win in November. It had been holding steady at 61 percent support as late as May, the kind of polling numbers initiative and referendum experts like to see at the beginning of the campaign because they suggest that even with the inevitable erosion of support in the face of opposition attacks, the measure still has a big enough cushion to pull off a victory.

There has been no more recent polling, but with 93 percent of the nation backing medical cannabis in an April 2018 Quinnipiac University poll, it’s likely that Missouri isn’t going to buck the trend. The fundraising also points toward a successful campaign. Both New Approach Missouri and Find the Cure have raised more than a million dollars over the course of the campaign and both still have tens of thousands of dollars banked for the final push. The only ballot committee opposed to both campaigns, Citizens for Safe Medicine, was just registered last month and has reported no donations or expenditures.

This year, a grassroots group, Legalize ND, managed to get enough signatures to get Measure 3, the Marijuana Legalization and Automatic Expungement initiative, on the November ballot.

This is a radical initiative. It would legalize all forms of marijuana for adults by removing marijuana, THC, and hashish from the state’s controlled substance schedules, and it sets no limits on the amount of marijuana people could possess or how many plants they grow. It also provides for the automatic expungement of criminal convictions for anyone convicted of a marijuana-related crime that would be legal under the measure.

It also faces the toughest organized opposition, which is heavily out-fundraising it. While Legalize ND has raised less than $30,000 in cash and in-kind contributions, the national anti-marijuana lobbying group Smart Approaches to Marijuana (SAM) has provided 100 percent of the contributions to Healthy and Productive North Dakota, an amount totaling more than $156,000.

A separate anti-initiative committee, North Dakotans Against the Legalization of Recreational Marijuana, which represents business groups and is headed by the director of government affairs for the state Chamber of Commerce, has raised $86,000. If Legalize ND can pull off a victory, it will be sweet, indeed, but it’s looking like an uphill battle.

Under the measure, people who suffer from one of a list of designated qualifying medical conditions could receive a medical marijuana card with a physician’s recommendation. That would entitle them to possess up to two ounces of marijuana or any amount of a marijuana product with up to 10 grams of THC. Patients could not grow their own unless they live more than 100 miles from a dispensary. And the patients cannot smoke marijuana.

A Utah Policy poll released in September had support for the measure at 64 percent,
with even Mormons generally breaking with the church leadership on the issue. But
after that poll was released, state political leaders, advocates, and the Mormon church announced they’d agreed on a medical marijuana plan that lawmakers would consider in a November special session. That has, to some degree, cut the legs out from under the initiative.

A Salt Lake Tribune poll released last week had support dropping to only 51 percent, with 46 percent opposed. What looked like a cakewalk just a few weeks ago has turned into a nailbiter.

There you have it. Marijuana could go four for four this year, but it’s not at all at done deal, and we may end up having to settle for only three or maybe even two out of four. Going only 50-50 on marijuana initiatives would be the worst performance of the modern era. Let’s hope 2018 doesn’t earn that distinction.