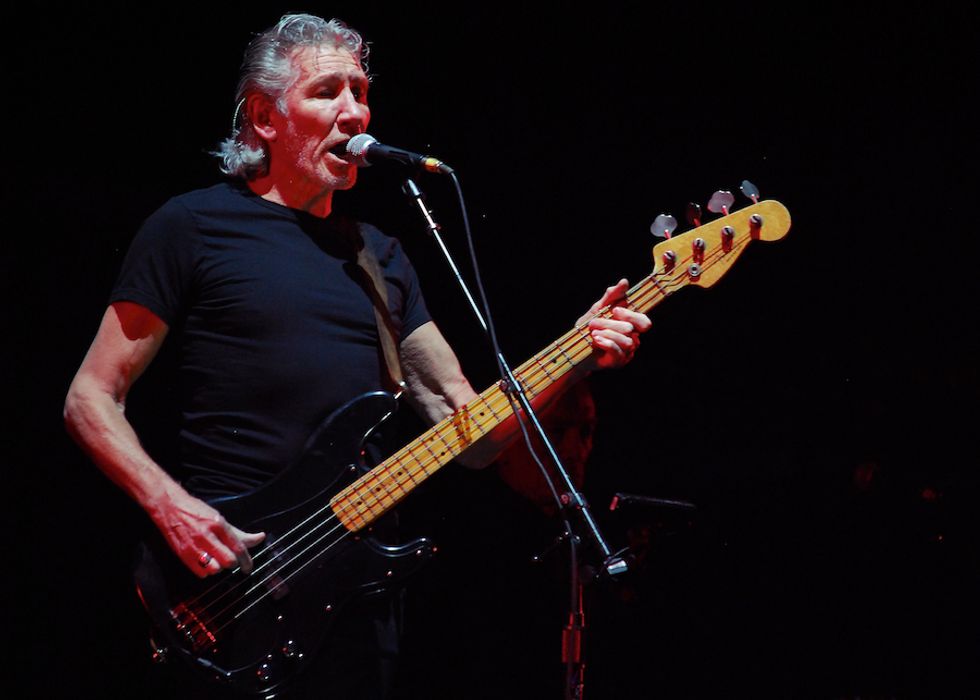 Roger Waters, the 75-year-old British rocker who co-founded Pink Floyd back in 1965 and performed on classic albums like Wish You Were Here, Dark Side of the Moon and The Wall, hasn’t been shy about discussing political topics. And this month, during a tour of Brazil, Waters has spoken out about Brazil’s presidential election—urging his Brazilian fans to vote against Jair Bolsonaro, a far-right candidate infamous for his racist, anti-gay and authoritarian views. Unfortunately, Bolsonaro (who is running with the Social Liberal Party against Workers Party candidate and former SÃ£o Paolo Mayor Fernando Haddad) stands a very good chance of winning.

A poll published in the daily newspaper, Estado de SÃ£o Paulo (which means the State of SÃ£o Paulo in Portuguese) on October 15 found that 59% of Brazilian voters favored Bolsonaro compared to only 41% favoring Haddad. And given his extremist views, it isn’t hard to understand why Waters doesn’t want him to win.

Latin American publications have dubbed Bolsonaro “the Trump of the Tropics” because he has run a pseudo-populist campaign with a white nationalist theme and frequent attacks on blacks and feminists. But Bolsonaro is much more overtly anti-gay than Trump. In a 2011 interview with Playboy, Bolsonaro asserted that he would be “incapable of loving a homosexual son” and “would prefer my son to die in an accident” than be gay.

Although Bolsonaro is Catholic, he is popular among far-right Protestant evangelicals in Brazil because of his anti-gay and anti-feminist views as well his strong opposition to abortion—which is illegal in Brazil. However, back-alley abortions are common in South America’s largest country, and Brazilian feminists have been calling for making abortion legal. Bolsonaro has made it clear that on his watch, abortion will not be legalized.

Bolsonaro (a congressman, military veteran and admirer of President Donald Trump) has praised the repressive military dictatorship that ruled Brazil from 1964-1984, although he has criticized it for not killing more people. In a 2016 interview, Bolsonaro complained, “The dictatorship’s mistake was to torture but not kill.” And in a 1998 interview with Veja Magazine, Bolsonaro praised Chilean fascist Augusto Pinochet but argued that he “should have killed more people.”

Major Brazilian cities like Rio de Janeiro and Salvador, Bahia have painfully high crime rates, and Bolsonaro has campaigned on an anti-crime platform—vowing to bring restore the death penalty if reelected. He has also addressed Brazil’s recessionary woes, and when a country is plagued by both violent crime and a tough recession, authoritarians can easily play on voters’ fears.

Roger Waters isn’t the only one who dreads the thought of Bolsonaro becoming president of Brazil. Author James N. Green, who has written extensively about Brazil’s military regime of the past, is fearful of how repressive Brazil could become again if Bolsonaro wins.

Green asserted, “We are at a moment in which a conservative, right-wing pro-fascist-type person is possibly going to be the president….. I don’t even want to imagine what that is going to be like.” And judging from recent polls, there is a strong possibility that he will.