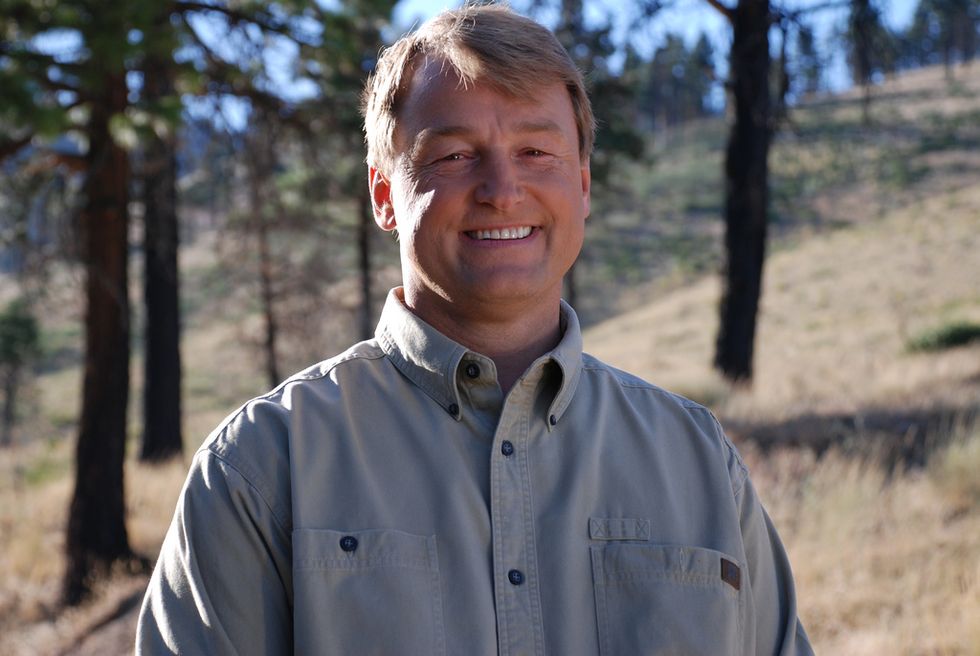 Sen. Dean Heller, a Nevada Republican, pushed doctors at the Veterans Affairs medical center in Reno to adopt an experimental mental health treatment marketed by a company with ties to his office.

The meeting came about because two of CereCare’s partners had a business connection to Heller’s senior aide in Reno. “We’ve known her for years,” one of the partners, Nino Pedrini, said of the aide, Glenna Smith. Pedrini and his partner have a separate joint venture with Smith’s former employer. “This was Glenna reaching out to us, knowing what we were doing, saying we think there’s a fit here where you folks can help our veterans,” Pedrini said.

Smith declined to answer questions about her role in arranging the meeting; she said she has never had a financial interest in Pedrini’s companies.

The Trump administration is encouraging the VA to use more alternative treatments, even though doctors and mental health experts caution against steering patients to procedures that haven’t been scientifically demonstrated to be safe and effective. The administration’s enthusiasm for such experimental treatments has opened the door to a flood of hopeful vendors like CereCare.

Heller declined to answer specific questions about the meeting. In a statement, he said he “will never apologize for supporting policies that could lead to additional treatment options for Nevada veterans because no one who has served this country should be waiting for care once they return from combat.”

Heller co-sponsored a bill directing the VA to start a pilot program on CereCare’s procedure. Another of CereCare’s partners, Judi Kosterman, participated in drafting the legislation, she said in an interview. Kosterman described herself as CereCare’s expert on the procedure, and her business card identified her as “Dr.” She is not a physician and her doctorate is in education, according to official records.

The bill says it provides no additional funding, so the pilot program would come at the expense of other treatments that are already proven to be effective. For that reason, it drew opposition from Veterans of Foreign Wars, which represents 1.6 million members. “The VFW believes that VA must spend its already scarce health care resources on therapies that have shown promise or have a proven track record,” the organization told Congress. Other veterans groups, such as Amvets and Vietnam Veterans of America, supported the bill because they said the treatment is worth trying. The Senate veterans committee hasn’t voted on the bill.

The procedure that CereCare was pitching to the VA uses electrical scans of the brain and heart to detect a patient’s “intrinsic brainwave frequency” and find “the area of the brain in need of restoration,” according to materials brought to the meeting. CereCare then uses that data to apply electromagnetic pulses from a machine called a transcranial magnetic stimulator.

This procedure is off-label, meaning it uses equipment approved by the Food and Drug Administration, but in a way that is not approved by the agency. Off-label procedures are not uncommon or illegal, but the FDA has not signed off on their safety or effectiveness.

Pedrini brushed off concerns about FDA approval. “The thing we all have to get over is FDA approval on some things,” he said. “You’ve got to try things. We can’t get hung up on 20 years of the FDA trying to approve something because of the bureaucracy and red tape.”

Many mental health professionals oppose pushing patients into experimental procedures. They urge treatments that are scientifically validated or, under certain circumstances, that are part of a well-run clinical trial. “Physicians in the VA, and any other health care setting, should not be forced to disclose treatment options for which there is no scientific basis for safety and efficacy,” the National Alliance on Mental Illness told Congress in 2016.

But these experimental treatments have found favor with political appointees in the Trump administration. Two of Trump’s policy priorities for the VA — letting more veterans go to private doctors, and reducing suicide among veterans — have combined to lead officials to embrace private companies pitching unconventional treatments.

The president appointed Jake Leinenkugel, a Wisconsin beer baron turned senior adviser at the VA, to chair a commission studying nontraditional treatments like the one CereCare sells. The commission’s congressional charter says its members should have a background in treating mental health and experience working with veterans; Leinenkugel has neither. (He didn’t respond to requests for comment.)

At the commission’s first meeting, in July, Leinenkugel encouraged deploying hyperbaric chambers — not because of any scientific evidence, but because of companies’ lobbying. Two large organizations had contacted him over the previous 12 or 13 months, he said. “They’re becoming much more proactive. They’re gaining resonance on the Hill and also in states,” he said. “So, whether or not we think that treatment works or has any evidence based to it at this point in time, it is not relevant to me.”

At the Reno meeting, Heller’s staff and CereCare talked about four veterans with mental health issues who could receive the treatment, according to meeting notes provided to ProPublica. A local veterans nonprofit group was offering to cover the cost of the four veterans’ treatment so the VA wouldn’t have to pay, according to Pedrini.

CereCare could have used that money to treat those patients without the VA’s involvement. But Heller wanted the VA to bless CereCare’s procedure as a pilot program to put it on a path to widespread adoption, according to the meeting notes. “Dean Heller wanted their endorsement,” said Walter A. “Del” Marting, another of CereCare’s partners. (Marting donated $500 to Heller’s re-election campaign in 2015, according to Federal Election Commission records.)

At the meeting, a VA representative suggested that if CereCare or Heller’s office know of four veterans needing mental health care, they should be sent to the VA for evaluation and treatment. Kosterman, who was present, said the VA officials appeared skeptical of CereCare’s procedure. She described the VA’s position as, “Veterans are a protected class, and we are responsible to protect them from being experimented with or being involved in something we haven’t validated.”

It’s not clear what happened to the four veterans. But the pilot program never moved forward, much to CereCare’s frustration. “The whole thing got bogged down in clearances and approvals and reviews,” Marting said.

Heller put a positive spin on the meeting, posing for a photo and tweeting, “Thank you to the Reno VA, Reno Vet Center, Renown Health, CereCare, the Nevada Military Support Alliance, & Northern #NV community members for joining me for a productive discussion about ways to reduce suicide among veterans and improve mental health care for them.”