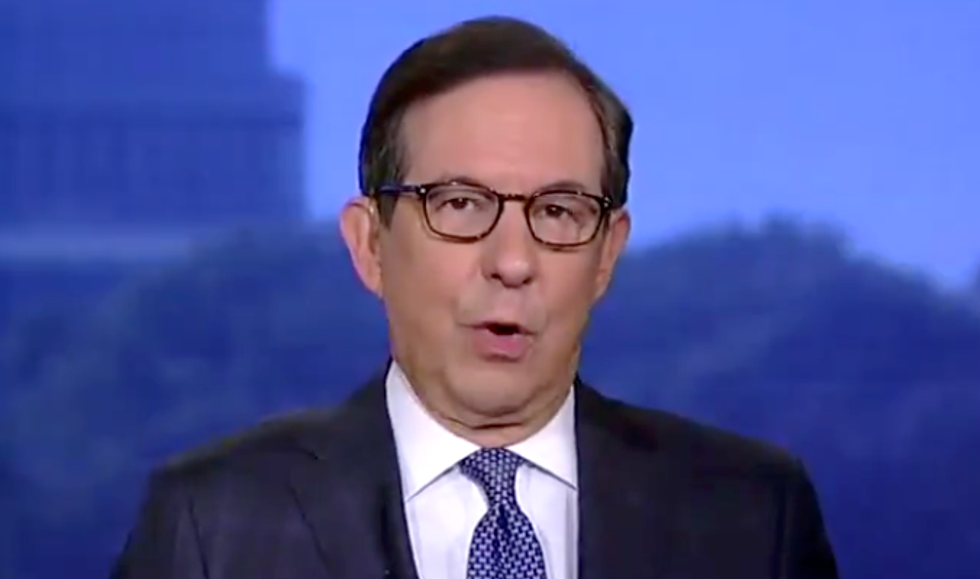 “Let me say first of all the idea that the Democrats were somehow behind this caravan coming from Honduras of these women and children is preposterous and there’s been no evidence offered on that any more than there was evidence that the protestors on Capitol Hill during the Kavanaugh hearings were paid protestors,” Wallace said. â€¨

Echoing a conspiracy elevated by some Republicans, including Rep. Matt Gaetz (R-FL), Trump in recent days has claimed—without evidence—that Democrats are responsible for the caravan traveling north to the United States from Honduras.

“A lot of money has been passing to people to come up and try and get to the border by Election Day, because they think that’s a negative for us,” Trump said during a campaign rally Thursday. “They have lousy policy. The one thing, they stick together, but they wanted that caravan and there are those that say that caravan didn’t just happen. It didn’t just happen. A lot of reasons that caravan, 4,000 people.”

Trump also posted a video on Twitter, originally uploaded by Gaetz, that purports to show migrants receiving money from people associated with philanthropist George Soros. â€¨“Can you believe this, and what Democrats are allowing to be done to our Country?” Trump asked on Twitter.

As the New York Times reports, ‘there is no evidence that George Soros, a billionaire and major Democratic donor, paid thousands of migrants to 'storm.' Nor is there evidence that Democrats support the effort, as Mr. Trump has said."