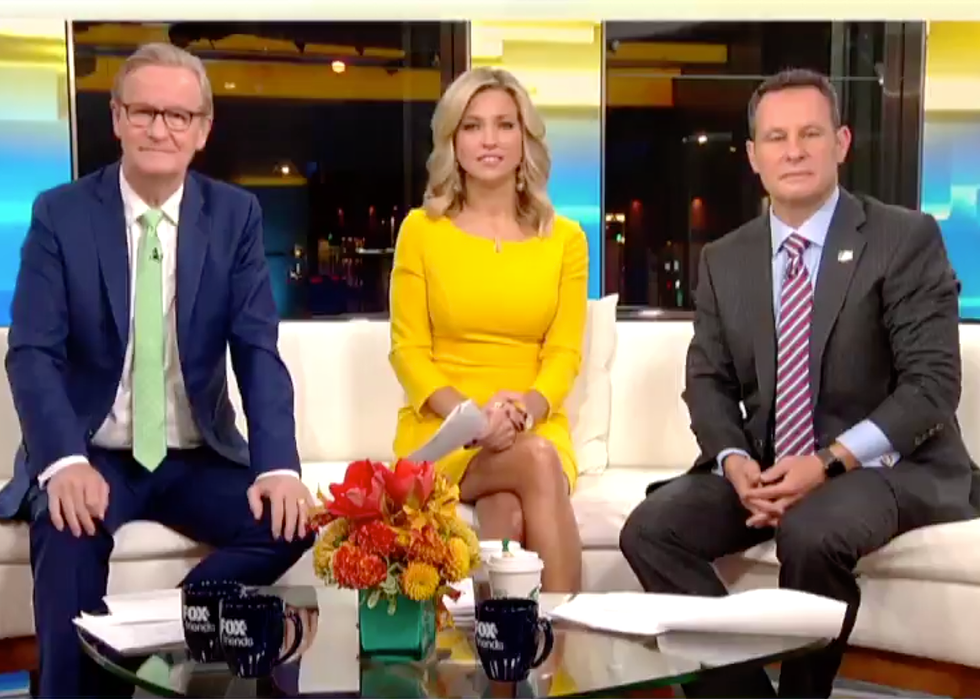 "Fox and Friends" abruptly shut down an interview with Florida Republican Maria Elvira Salazar, after she defended undocumented immigrants and seemed to welcome them to her state.

Asked about the caravan heading from Honduras to the United States border, Salazar responded, "people are fighting for their lives, that's why. What would you do?"

Salazar also said that "the ultimate deal-maker" President Trump "should be doing the same thing he did with Kim Jong-un" and reach out to Central American leaders, and added that Reagan had done so in the past.

Salazar expressed sympathy with the fleeing migrants. "You would do it too, if your daughter is facing to be raped [sic]," she said. "I am a Republican and I believe that we need to have a very strict border security but you also have to understand that our neighbors are desperate."

Salazar added that "illegal immigration" wasn't that big of an issue in Florida, saying the state was the "ultimate melting pot".

"I can advise not only the president but whole leadership in Congress," she said. "Hondurans and Central Americans love the United States. We are the beacon of hope. That is why everybody wants to come here."

The hosts then cut to live footage of arrests at the US border, which Salazar pointed out was poorly translated and again defended the fleeing migrants. That may have been the last straw, as the hosts quickly told her the interview was over and cut to commercial.