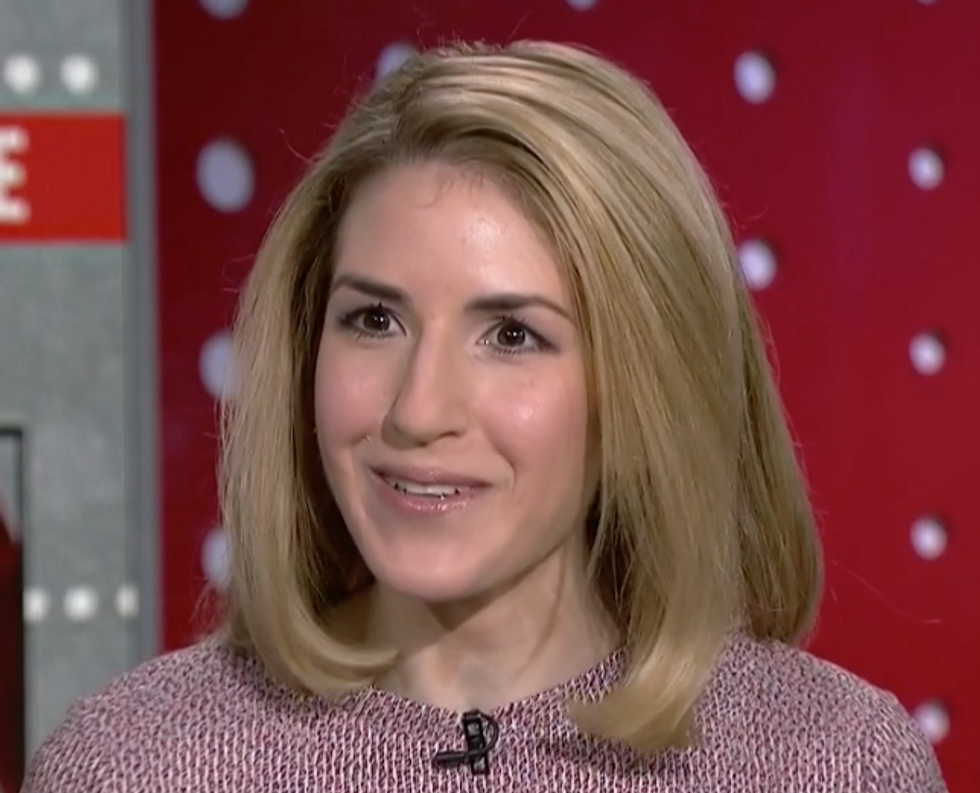 Trump family biographer Emily Jane Fox reacted to President Donald Trump's insults toward Stormy Daniels on Tuesday by pointing out the deeply misogynistic patterns of behavior he has displayed — including in the White House.

President Trump went on the attack against Daniels, who alleges she had an extra-marital affiar with Trump in 2006, Tuesday morning after he defeated her defamation allegations in court. He called her "horseface" and a "con job" — to which she fired back by saying he's interested in bestiality and implying that he has a small penis.

Fox noted that Trump's extreme reaction to Daniels shows the warped double standard he holds the women to in his life.

She continued: "But women who challenge him are debased, degraded and treated subhuman. They're compared to animals all the time. It's just — this is the language that comes out of our White House? I know that we shouldn't be surprised. This happens time and time again. Not just with women, with men, too. This is how he talks about everybody. But it's just striking — at this very critical moment where a journalist has likely been murdered by someone, a royal family, who he has embraced and his son-in-law has very personally embraced — that this is what he's spending his time doing?"

What the clip below: