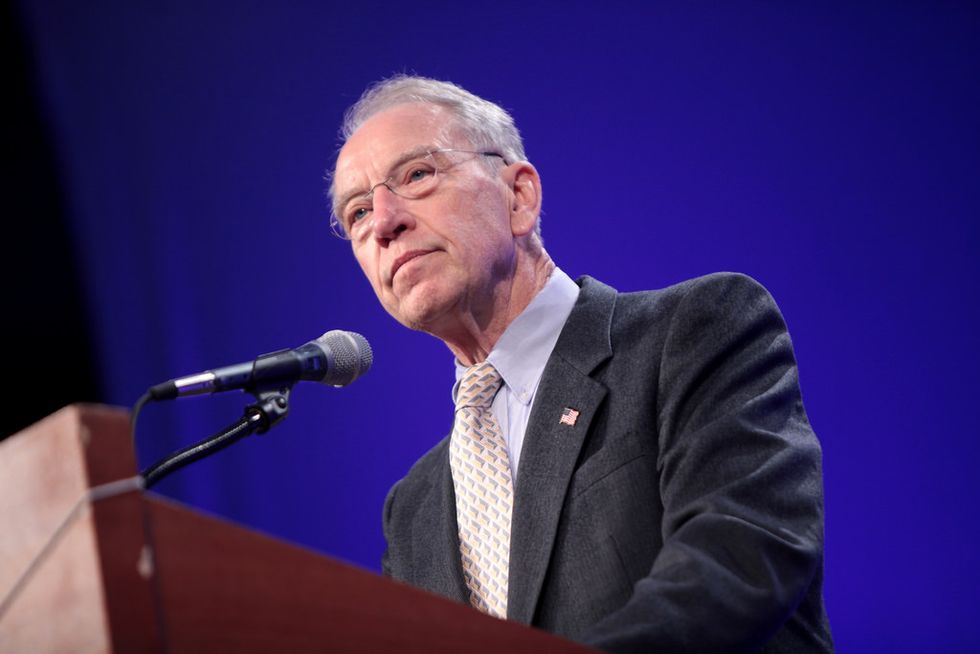 While the Senate Judiciary Committee ponders disputed allegations of sexual assault and harassment against Supreme Court nominee Brett Kavanaugh, its members must also contend with the indisputable fact that Kavanaugh's advocates attempted to perpetrate a massive deception on his behalf. Of all the bizarre aspects of this process, that may be the most sinister.

Confirm him or not, Congress needs to investigate the origins of that scheme. They will have to consider the likelihood that Kavanaugh himself may have been implicated in that fraud, which attempted to frame a man who attended his old high school, Georgetown Prep, for an alleged assault on Kavanaugh accuser Christine Blasey Ford circa 1983, and asserted that the nominee is a victim of "mistaken identity."

The hoax was teased to news outlets and online by Republicans and then carefully set forth in a series of tweets that featured maps, floor plans and yearbook photos, all fronted by Ed Whelan. A prominent Washington lawyer who heads the right-wing Ethics and Public Policy Center in Washington, his big reveal invited blasts of ridicule. It blew up entirely last Friday morning when he abruptly admitted his "appalling and inexcusable mistake in judgment."

Saying he was "deeply" apologetic for smearing the innocent man, a Maryland middle school teacher, Whelan erased the widely mocked Twitter thread under his name. But his attempt to clean up the defamatory mess was too little and too late. By then, the false accusation had flown out over the internet and reached millions of Fox News viewers.

Many on Capitol Hill still wonder exactly how this demented fable took shape. Who else was involved in concocting it? Whelan appears to have obtained Ford's name when it was still closely held information. How and where did he obtain the name and yearbook photo of the man he attempted to frame?

Realizing how grave any association with his activities would be, Whelan told the Washington Post, "I have not communicated at all with (White House counsel) Donald McGahn or anyone at the White House, or Judge Kavanaugh, about the topic of the Twitter thread."

Yet circumstantial evidence of a conspiracy abounds in this case -- including efforts by conservative publications, columnists and at least one senator to promote the "mistaken identity" theme. Politico has reported that CRC Public Relations, headed by veteran Republican PR executive Greg Mueller, advised Whelan on his Twitter frame-up strategy. Mueller's firm also represents both The Federalist Society and the Judicial Crisis Network, the two national organizations leading the battle for Kavanaugh's confirmation.

To those who consider Kavanaugh more of a political hack than a distinguished jurist -- sort of a Roger Stone in judicial robes -- the emergence of trickery is hardly surprising.

Aside from Kavanaugh's own history, his evasive testimony undermined normal confidence in his probity. He doesn't appear to have been forthright on a number of topics, notably his direct knowledge of the theft of documents from Judiciary Committee Democrats between 2001 and 2003 by Republican Senate staffer Manuel Miranda.

Since 2004, Kavanaugh has insisted he saw no stolen information. But the Washington Post found his alibi deeply unconvincing. "Our review of all the records and testimony on this issue shows that Kavanaugh's repeated pleas of ignorance warrant heavy skepticism," the paper declared, awarding him "Three Pinocchios."

Firm proof of Kavanaugh's participation in Whelan's frame-up would not only disqualify him from a seat on the Supreme Court but also inevitably lead to his removal from the appellate court where he currently sits. If Democrats win a midterm majority, he may eventually face investigation by the Senate Judiciary Committee -- whether senators now believe what he says or what she says.