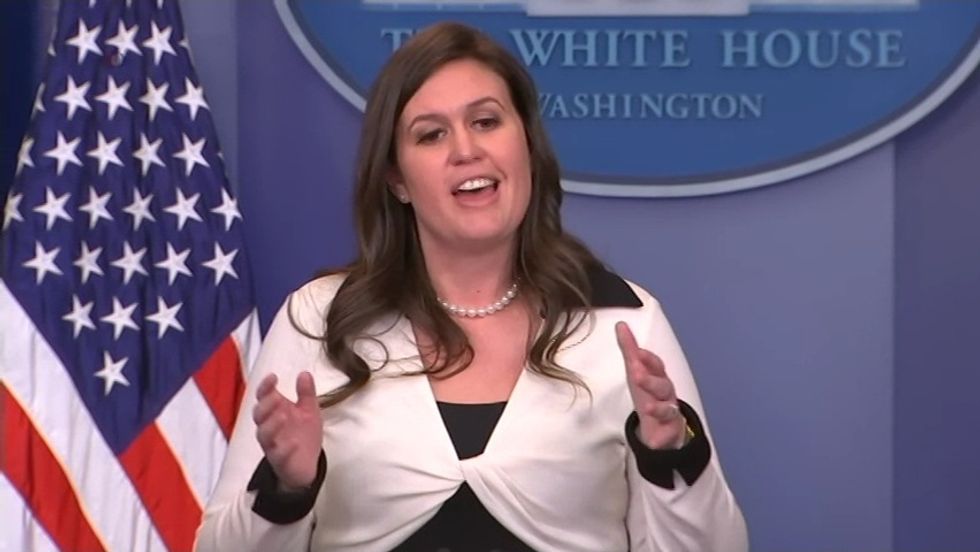 A lengthy New Yorker profile of White House Press Secretary Sarah Huckabee Sanders tries to answer why someone who is a devout Christian can justify repeatedly lying on behalf of President Donald Trump.

In part, the profile concludes that Sanders is willing to lie for the president because he has actually kept the promises he made to evangelical Christians, especially regarding the appointment of hard-line conservative judges.

The piece cites Washington Post religion reporter Michelle Boorstein, who says that evangelicals are happy to have a president who will do what they say -- a stark contrast to past politicians who "have broken promises to Christian conservatives."

It then quotes former Baptist pastor Brian Kaylor, who believes most evangelicals see Trump's 2016 election victory as a divine intervention that justifies excusing almost any kind of immoral behavior by the president.