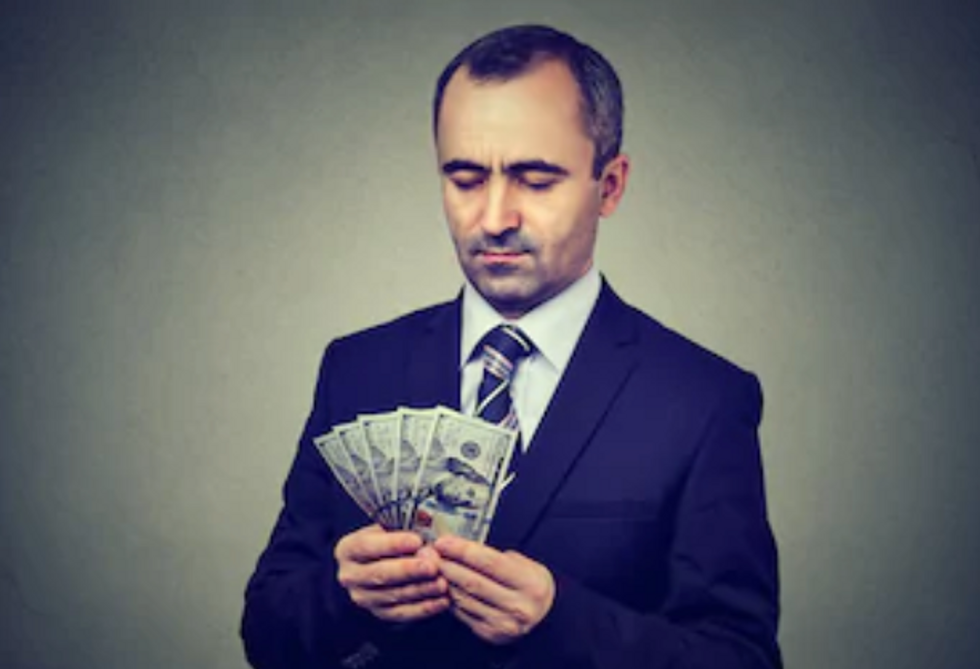 Under capitalism, the argument goes, it’s every man for himself. Through the relentless pursuit of self-interest, everyone benefits, as if an invisible hand were guiding each of us toward the common good. Everyone should accordingly try to get as much as they can, not only for their goods but also for their labour. Whatever the market price is is, in turn, what the buyer should pay. Just like the idea that there should be a minimum wage, the idea that there should be a maximum wage seems to undermine the very freedom that the free market is supposed to guarantee.

This view, however, has some dramatic consequences. One is the explosion in economic inequality that almost all liberal capitalist democracies have experienced over the past 30-40 years. The difference between the top and the bottom of the income distribution now lies about where it did in the Gilded Age and the roaring 1920s, up until the Great Depression. Unlike these earlier periods, however, this rise in economic inequality has not been driven by returns on capital assets. This time, one of the most important contributors to the rise has been the payment of extraordinarily high levels of compensation to corporate executives. In 2017, for example, the 200 highest-paid CEOs in US business each received compensation of between $13.8 million and $103.2 million, well above the cut-off for the top 0.01 per cent of the income distribution, which currently lies at $8.3 million. More troubling still, while the compensation for corporate executives has been almost continually rising during this period, real (inflation-adjusted) wages for almost everybody else have been stagnating.

Many people find this upsetting but, even so, they tend to treat it as something capitalism requires us to tolerate. Others think it is something that capitalism requires us to applaud. But nothing in capitalism actually says that such sky-high levels of compensation are permissible. What capitalism says instead is that people need incentives to be maximally productive. But will someone who makes $100 million a year really work harder than someone who makes $10 million? Compensation, like everything else, has what economists call ‘diminishing marginal utility’. More of it has less and less of an incentivising effect, until eventually it has no incentivising effect at all – people are already working as hard as they can. At which point capitalism suggests that we should not pay someone even more money, for we are going to get nothing in return.

But wait – aren’t CEOs just getting paid the market rate for their labour? Their compensation is calculated according to a formula set when they were hired and, as long as this formula represents the going wage, then this is what they should receive. The market rate for CEO labour, however, is not set in a competitive manner. The formula is set by a special group of the company’s directors, called ‘the compensation committee’. It does this by commissioning a survey to see what similar companies pay their CEOs. The answer is usually expressed as a range, and while that range depends on what kind of companies are deemed similar, let’s assume for purposes of illustration that it is something like $1 million to $60 million for that particular industry and company size, with an average of $18 million. Given the fact that the CEO will ultimately be in a position to reward the members of the committee in various ways, there are obviously opportunities for corruption here.

Even setting this aside, there are problems when it comes to using the survey results to frame an offer. The committee can’t recommend an offer at the bottom of the range, for that would be saying that they think the candidate is only as good as the lowest-paid CEO. They might want to offer more than the top, just to show how highly they think of their candidate. But at the very least, they are going to offer a little more than average, for no one wants to suggest that their candidate is worth less than this. By doing this, however, the average keeps ratcheting up. Next time someone hires a CEO and another compensation committee conducts a survey, the average will be higher. The market is not bidding up the price; the price is going up simply because everyone always wants to beat the current average. We have what economists call a market failure. Setting a maximum wage would therefore not interfere with market freedom because, in this instance, the market is not working.

But if we don’t pay the going rate, how are we going to be able to hire the best people? The best people will surely want to go where they will be paid more? This is a loss, however, only if those who receive the greatest amount of compensation really are the best, which is contrary to the evidence. It is very difficult to tell who has both the skill and the talent to make an effective CEO. Past performance is no guarantee of future success. Very highly paid CEOs have run their companies into the ground, and some of the most successful companies today were started and managed by people who had absolutely no background in business. These people began working for almost nothing, yet built their companies into mammoth enterprises. Steve Jobs is an excellent example here, for Apple faltered when he left, and began to thrive again only when he came back, for a salary of $1 a year. So companies need not worry about losing the best candidate to someone who pays more. Very good people will work for say, $10 million a year, especially when given a chance to run a company. And these people are just as likely to do well as those who might demand $100 million.

Nevertheless, doesn’t this deprive CEOs of compensation they deserve? If their company does well, they should do well too. But a corporation’s success depends on the contributions of many people. If we are going to try to determine how much compensation the CEOs deserve given their contribution to their companies, this should be the test all the way down. When the company does well, everyone should get a similar percentage of the profits. But they don’t. More troubling still, when a company performs poorly, CEO compensation should not go up, yet it often does. At least it often remains disproportionately high in light of the company’s poor performance, something that itself seems contrary to the logic of capitalism. To justify this, companies often argue that the CEO shouldn’t be blamed when ‘the market’ takes a downturn. But if there are too many factors to determine why a company does poorly, then there are too many to determine why a company does well. Determining what individual employees ‘deserve’ in a large corporation is simply impossible to do with reasonable certainty.

Where should we set the maximum? We can fine-tune this as we accumulate experience, but I propose we start with a limit of $10 million in total compensation for a CEO of any company doing business in the US, with no one in the company or its subsidiaries permitted to earn more. This would put the CEO solidly among the top 0.01 per cent of the US income distribution, and this should be incentive enough to attract very good people, from anywhere in the world. For companies doing business in the US but which are not based there, are not listed on any US exchange, do not have substantial operations or employees there, and do have such contacts somewhere else, then a similar limit would be calculated according to the relevant country’s income distribution.

To avoid people trying to game the system, when companies have substantial contacts with multiple jurisdictions, the applicable limit would be adjusted to reflect the source of the company’s real economic activity. When 40 per cent of real economic activity is in a country with a lower or (perhaps in rare cases) higher limit, for example, the $10 million limit would be reduced or increased proportionally. In any case, such a limit would help to slow the growth of economic inequality and prevent reckless risk-taking by CEOs who otherwise might feel motivated to try to drive up the stock price of their company and therefore their bonus, while also discouraging the paper relocation of companies to ‘billionaires’ club’ jurisdictions, and putting younger, less traditional and potentially more creative leadership at the top.