Here Are 8 Conservatives, Centrists and Neoliberals Who Oppose Trump - But Aren't Part of the Left’s Progressive Movement 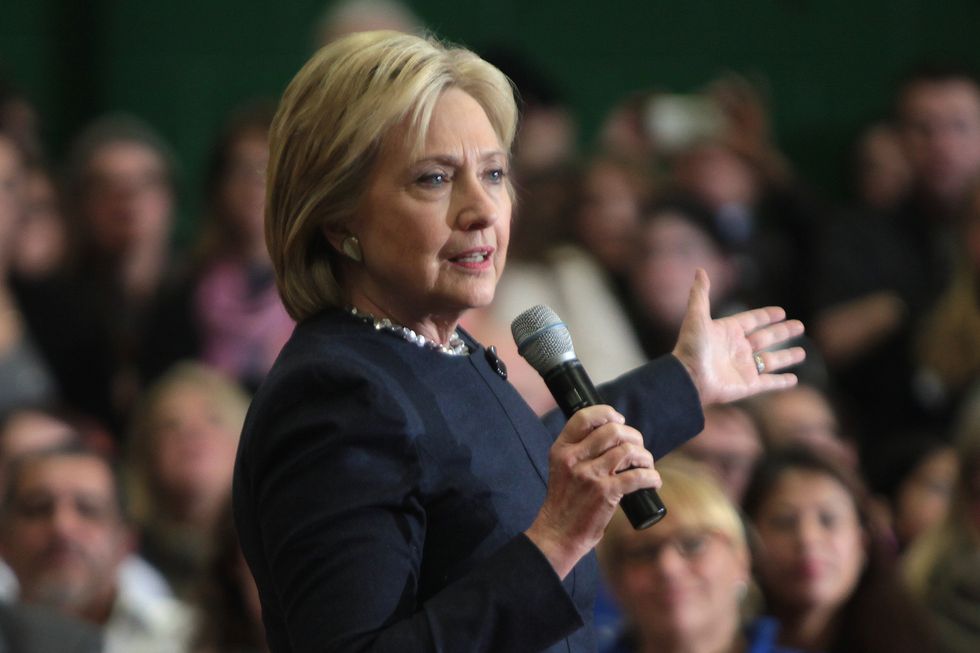 Right-wing Americans who use Fox News as their primary source of inspiration could easily be led to believe that opposition to Donald Trump’s presidency is limited to a combination of establishment Democrats and liberal/progressive activists. But watching CNN or MSNBC, one sees a much different picture—one in which consistent criticism of President Trump is coming not only from the left, but also, from the right and the center.

Meanwhile, at CNN, contributor Ana Navarro is often featured as a fiercely anti-Trump voice among Republicans. Wilson, Navarro, Scarborough and Wallace hardly qualify as liberal/progressive activists, but they do demonstrate that opposition to Trump is hardly limited to the left.

Here are eight conservatives, centrist Democrats or neoliberals who have been blistering critics of Trump’s presidency.

Jorge Ramos, host of Univision’s Sunday-morning program “Al Punto,” has been described as the Brian Williams or George Stephanopoulos of Spanish-language television—and one of the anti-Trump conservatives who has been a frequent guest on his program is Florida Rep. Ileana Ros-Lehtinen. The Havana, Cuba-born congresswoman, now 66, has been serving in the U.S. House of Representatives since 1989 and is a prominent figure in right-wing Florida politics. Ros-Lehtinen has had a variety of positions over the years: she is very anti-abortion and once called for the assassination of Cuba’s Fidel Castro, yet she now supports medical marijuana and same-sex marriage and voted against the House’s Obamacare repeal bill in 2017. And she hasn’t budged a bit in her staunch opposition to Trump, who she has often denounced as racist. Ros-Lehtinen, stressing that she is fed up with Trump’s presidency and the hyper-partisan environment in Washington, DC, is leaving the House after almost 30 years and is not seeking reelection in the 2018 midterms.

Arizona has had two Republican senators who were openly critical of Trump: Jeff Flake and the late John McCain. Trumpistas are furious with Flake, calling him a RINO (Republican In Name Only) for asserting that Trump has “debased” the presidency—and he sent shock waves through Arizona politics by opting not to seek a second term in 2018.

Philadelphia native Chris Matthews, who has been hosting “Hardball” on MSNBC since the late 1990s, is a decidedly centrist Democrat who has a friendly rapport with liberal guests like The Nation’s Joan Walsh and Mother Jones’ David Corn as well as CNN’s Michael Smerconish—a right-wing libertarian/conservative and fellow Philadelphian who made a lot of Republicans apoplectic when he announced that he was voting for Barack Obama in 2008. Matthews has always had a soft spot for northeastern Rockefeller Republicans, but he has been a frequent critic of Trump and the far-right direction the GOP has been taking. Trumpistas who appear on “Hardball” know that they’re going to be asked some tough questions about the president.

Michael Steele made history when he became the first African-American head of the Republican National Committee (RNC) in 2009, but he saw how authoritarian the modern-day GOP can be when he experienced a severe backlash for making some comments that were mildly critical of Rush Limbaugh during an interview with CNN—and things became downright embarrassing when Steele felt the need to apologize, grovel for Limbaugh’s forgiveness and exalt him as a “national conservative leader.” You know the GOP has gone full-tilt authoritarian when an RNC leader/former Maryland lieutenant governor isn’t allowed to criticize anything Limbaugh says or does. But in the Trump era, the former RNC has felt increasingly uncomfortable with his party and has maintained his NeverTrump perspective. When Trump asserted that he would prefer Norwegian immigration to immigrants from “shithole countries” like Haiti and El Salvador, he denounced the comments as racist. And after Trump endorsed Alabama Senate candidate Roy Moore, Steele tweeted that under Trump’s leadership, “America no longer has a moral compass.”

Back in 2005, Republican Christine Todd Whitman infuriated the far right with her book “It’s My Party Too: The Battle for the Heart of the GOP and the Future of America”—which was critical of the Christian Right’s domination of her party. And in the Trump era, the former Environmental Protection Agency (EPA) head and two-term New Jersey governor feels even more out of place in the GOP. On June 22, the Los Angeles Times published a blistering anti-Trump commentary written by Whitman in which she asserted that he was “not fit to remain in office.” Whitman was vehemently critical of Trump’s summit with Russian meeting with Russian President Vladimir Putin and praised the “unbiased professionalism” of Special Counsel Robert S. Mueller’s Russia-related investigation.

When Noam Chomsky describes Richard Nixon as “America’s last liberal president,” it is an obvious dig at Democrats—who haven’t put a truly liberal president in the White House since the election of Lyndon B. Johnson in 1964. Truth be told, Jimmy Carter, Bill Clinton and Barack Obama were all centrist presidents—and Hillary Clinton would have governed as a centrist as well had she been elected president in 2016. After conceding to Trump, Hillary Clinton asserted that her supporters should keep “an open mind” and give Trump a “chance to lead.” But Trump’s presidency has been a nightmare on so many levels, and these days, she is asserting that under Trump, “our democracy is in crisis” thanks to voter suppression, Trump’s relentless racism, the president’s belief that he is above the law and his efforts to undermine Mueller’s investigation.

Although Jennifer Rubin is clearly right-of-center politically, she won’t be going to work for Breitbart News anytime soon: the 56-year-old Washington Post columnist has been a consistent critic of Trump on both foreign and domestic policy. And former Arkansas Gov. Mike Huckabee showed how much of a knee-jerk Trumpista he has become when, in a December 12, 2016 tweet, he insisted that Rubin’s “contempt for all things Trump exposes her and WAPO as fake news.”

Nicaragua-born NeverTrump Republican and CNN contributor Ana Navarro has been involved in right-wing politics in Florida for many years, often trying to steer Florida-based Latinos away from the Democratic Party and convince them that they are conservatives at heart. But she has nothing but contempt for Trump, often lambasting him for his disdain for immigrants and overt racism. And in June, Navarro angrily asserted that if she had a choice between voting for a potted plant or Trump in the 2020 election, she would vote for the potted plant.