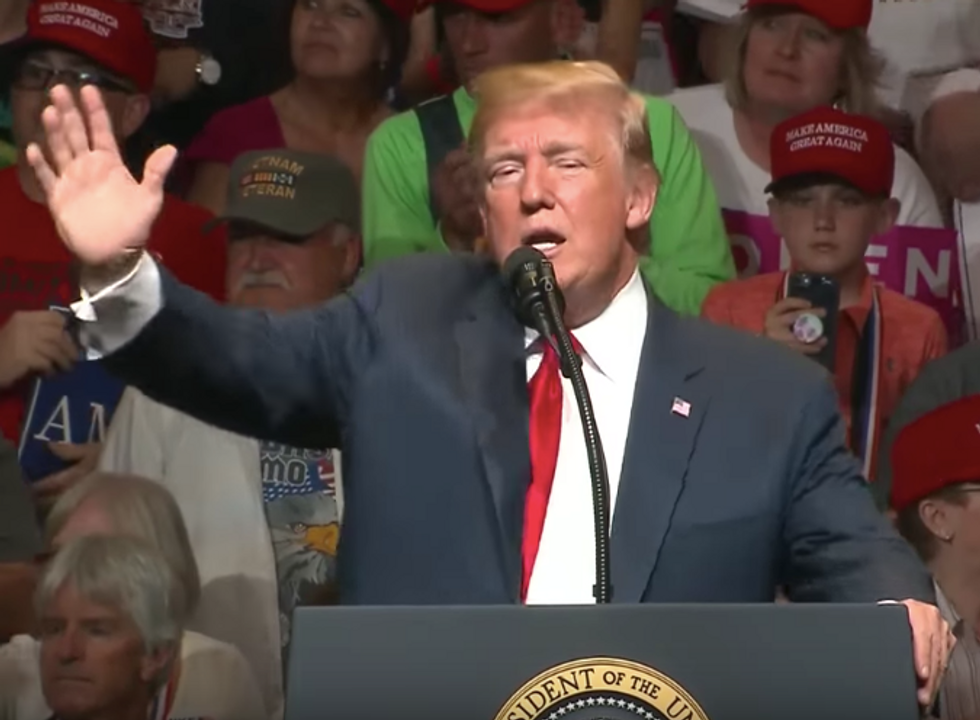 Veteran political journalist/author Bob Woodward, now 75, has written extensively about a variety of U.S. presidents, from Richard Nixon to George H.W. Bush to Barack Obama. Woodward’s impact on political journalism was so great that Robert Redford portrayed him in the 1976 movie “All the President’s Men,” which was also the title of Woodward’s 1974 book on the Watergate scandal—and Donald Trump’s presidency is the subject of his new book, “Fear: Trump in the White House,” due out on September 11.

It’s safe to say that President Trump is not looking forward to the release of “Fear,” which paints his administration as being in a constant state of crisis and turmoil. In doing research for the book, Woodward interviewed dozens of administration officials and conducted hundreds of hours of interviews. And even though the 448-page book isn’t out yet, it’s already having an impact.

Here are five of the most vehement and noteworthy reactions to “Fear: Trump in the White House.'

Literary agent Keith Urbahn, whose clients have included former FBI Director James Comey, has asserted that Trump would be wise to maintain a no-comment position on Woodward’s book. But that’s unlikely. Urbahn asserted, “By virtue of it being a Bob Woodward book, it will be an instant best-seller. The smartest thing Trump could do is to give Woodward the silent treatment, but we know that’s unlikely. So if I’m Bob Woodward, I’m feeling good about things.”

2. Trump: Book Will Be ‘Very Inaccurate’

Although Woodward did not actually interview Trump for his book, the two of them did have a phone conversation about the book in early August—and Trump, during the conversation, indicated that he would have been willing to be interviewed for the book had he found out about it sooner. But according to Trump, his staffers were “afraid to come and talk” to him about the book. And that lack of an interview with the president, Trump told Woodward on the phone, will make it “a very inaccurate book.”

According to one former Trump administration official who is quoted anonymously in Politico, some officials spoke to Woodward to save their own skin. Woodward, the source said, “hooked somebody, and that put the fear of God in everyone else.” Evidently, that had a domino effect: when one agreed to talk to Woodward, the source said, others did the same.

4. Another Ex-Trump Administration Official: Woodward Spoke to a Lot of Trump Associates

Woodward has a long history of doing his research thoroughly, and according to another former Trump administration official quoted by Politico, he didn’t just speak to a few Trump associates—he spoke to a lot of them. Politico quoted that source as saying of the book, “It’s gonna be killer. Everyone talked with Woodward.”

Woodward has long had a reputation for being incredibly meticulous. If he’s going to paint someone in a negative light, it’s all the more damning because he’s such a thorough researcher. Woodward double-checks and triple-checks. And according to an anonymous source quoted by CNN, “‘Fear’ is the most intimate portrait of a sitting president ever published during a president’s first years in office.”