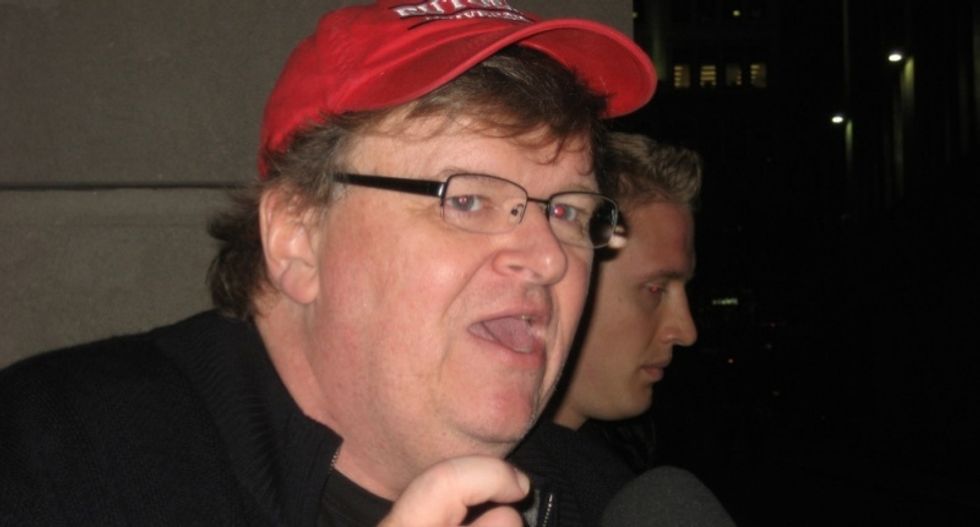 Provided exclusively to the Huffington Post and then posted online Thursday morning, the first trailer of Michael Moore's upcoming film "Fahrenheit 11/9" reveals the filmmaker's attempt at making sense of the rise and reign of President Donald Trump.

The ultimate message of film—which Moore describes as a "comedy/horror documentary"—appears to be a bridge between the argument that Trump presents an existential and unique threat and this message to those who oppose him: Stop despairing. Stop hoping for a magic solution that will thwart him. Start organizing. Start acting.

According to HuffPost, the film "juxtaposes footage of Trump rallies and neo-Nazi protests with images of Moore using Flint water to hose down the Michigan governor's gated driveway. Roger Stone, Alexandria Ocasio-Cortez, Parkland massacre survivor Emma GonzÃ¡lez and a host of others from both sides of the so-called aisle appear in the film."

In a Q&A with the HuffPost, Moore described Trump as an "evil genius" who has "no intention of leaving the White House" without a fight.

"American journalism schools have not trained students how to cover an authoritarian leader," Moore warned. "Our media has no idea what it is up against. They’re getting steamrolled by a tyrant because Trump understands media and understands the country he lives in more than those that cover him do. This puts us all in grave danger. If nothing else, I hope this film exposes that grave danger and shows people the way out."

In his conclusion, Trump indicated to the news outlet that another of the film's underlying messages will be that it will organized action, not hope, that will be crucial in defeating Trump.

"Hope is passive," he explained. "Hope gives you permission to let someone else do the work. Hope leads people to believe that tax returns, or a pee tape, or the FBI or an adult film star will save the country. Hope, and the passivity that comes with it, is what helped get us here to begin with."