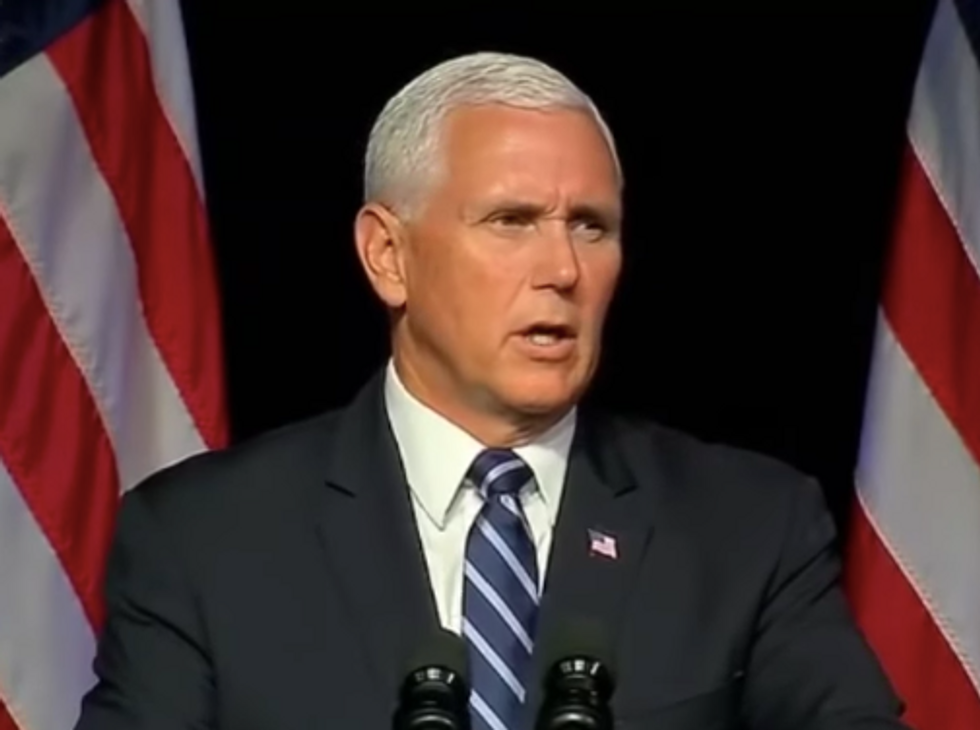 Pence has remained largely in the background of the Trump presidency, often working behind the scenes on policy and other issues while Trump takes center stage. As Trump's fortunes have waned, however, those in his orbit are being reexamined.

The line of succession would call for Mike Pence to replace Donald Trump should he be removed from office. Many have feared what a Pence presidency would look like, given his actions as the Governor of Indiana against the LGBTQ community, women, and others.

Amongst the bad news for Trump last week was the indictment of Trump's former campaign manager, Paul Manafort. Manafort was found guilty last week on eight counts of financial crimes in his fraud trial.

It was Paul Manafort who chose Mike Pence as Donald Trump's vice president, with the president reportedly preferring Chris Christie for the role.

The link between Manafort and Pence is leading to additional scrutiny for the vice president, as people ask just what Pence knew about Manafort and his connections.

Many are also curious about Pence's involvements with former adviser Mike Flynn, questioning if he lied to protect the general in January of 2017 when he declared that Flynn had not discussed, "anything having to do with the United States' decision to expel diplomats or impose censure against Russia" with Russian Ambassador Sergey Kislyak.

Flynn, in his guilty plea, admitted to discussing sanctions with Kislyak, and that he was following the instructions of "a senior member" of the campaign.

Representative Elijah Cummings had also warned Pence about possible conflicts of interests surrounding Flynn in light of his visit to Russia and his ties to Turkey.

It is possible that, when Mueller concludes his investigation, that both Trump and Pence, amongst others, would be unable to fulfill the office of the Presidency.

It is worth noting that the last Republican president to face impeachment, Richard Nixon, also lost his vice president as the administration became mired in controversy. Vice President Spiro Agnew pled no contest to a charge of tax evasion and resigned on the 10th of October 1973, several months prior to Nixon's own resignation.