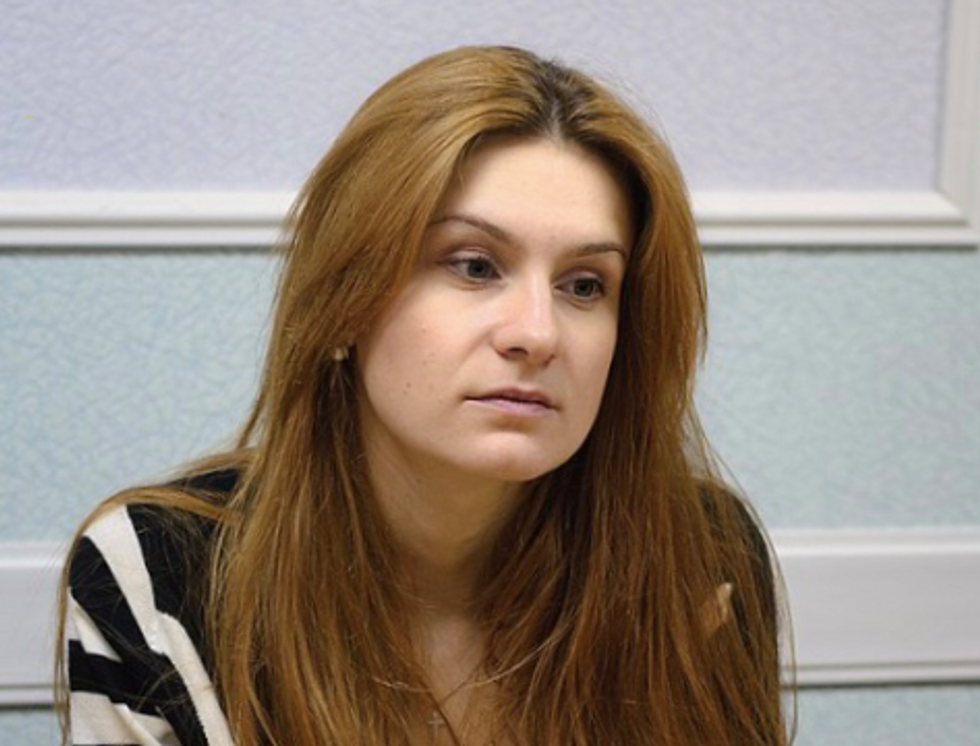 The Center for the National Interest is one of the most pro-Russia conservative think tanks in Washington. They hosted President Donald Trump's foreign policy speech praising Russia in 2016, when he was still a candidate.

But it turns out their closeness to Russia is greater than previously thought. A new investigation by The Daily Beast found disturbing interactions between the group's president, Dimitri Simes, and accused Russian spy Maria Butina:

[P]reviously unreported emails and direct messages between Butina and officials at the Center show her relationship with the think tank’s president—former Richard Nixon adviser Dimitri Simes—was closer than previously understood. The two didn’t just make plans to have dinner together. According to emails and Twitter DMs reviewed by The Daily Beast, Simes looked to use his connections with Butina and her associate, Russian Central Bank official Alexandr Torshin, to advance the business interests of one of the Center’s most generous donors.

The donor, former AIG CEO and New York Federal Reserve chairman Hank Greenberg, denies doing anything improper, and there is no evidence he even knew the Center was trying to negotiate on his behalf.

Nonetheless, the new report contradicts the claims of the group's executive director, Paul J. Saunders, who wrote earlier this month that the Center had had "very limited" interactions with Butina.

Butina, who was charged in July with working as an unregistered foreign agent in the United States, is believed to be a key actor in Russian influence on conservative political groups, at one point even allegedly offering sex in exchange for a position within a special interest organization. In particular, she is thought to have played an important role in ties between the U.S. gun rights groups and wealthy Russian officials.

Torshin, her associate, is a Vladimir Putin-allied Russian oligarch and deputy governor of the Russian Central Bank, who allegedly funneled millions to the NRA. He has been accused of money laundering by the Spanish government and is currently listed for sanctions by the Treasury Department.

The prosecution of Butina is a separate case from the investigation of the Trump campaign's ties to Russia being conducted by Special Counsel Robert Mueller.