'The President Is Starting to Sweat': MSNBC's Nicolle Wallace Bursts Out Laughing at Giuliani's Damning Comments About Trump 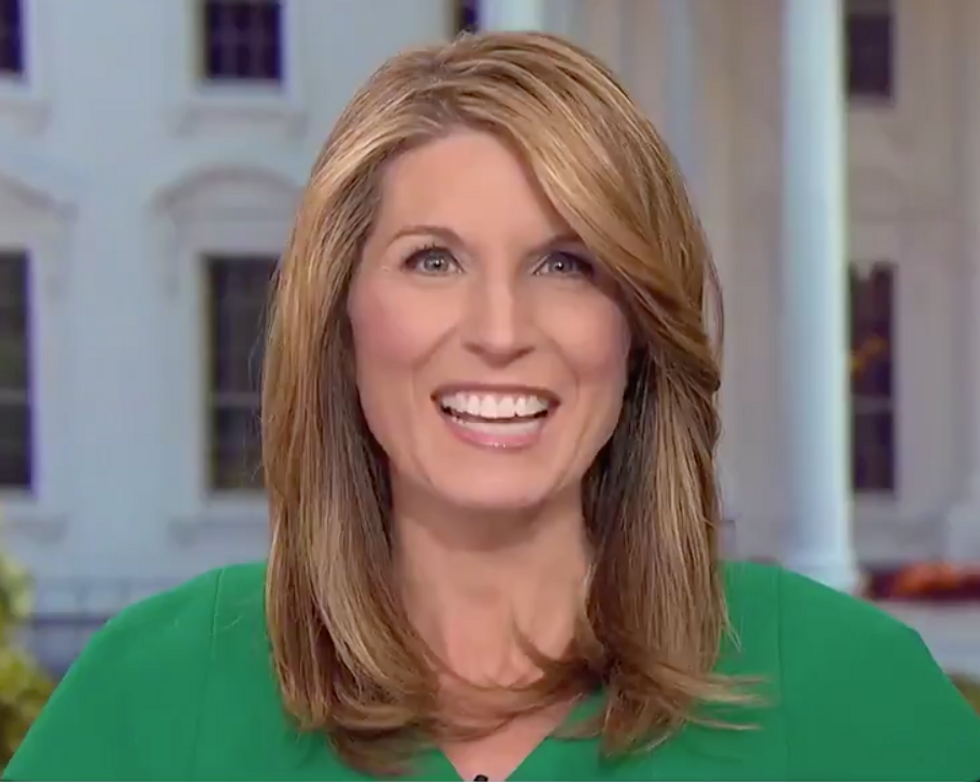 MSNBC's Nicolle Wallace burst into laughter Thursday afternoon while watching a clip of Rudy Giuliani once again doing more damage to his client, President Donald Trump, and his defense in the Russia investigation.

"There are new signs today that the president is starting to sweat special counsel Robert Mueller's obstruction of justice investigation," Wallace said. "Rudy Giuliani explained exactly how Trump could perjure himself, and what the topic might be."

She then played a clip of Giuliani appearing on Fox News host Sean Hannity's show the night before, discussing why he doesn't want special counsel Robert Mueller to interview the president:

It was a startling moment to watch the president's lawyer imply that the president would have no option but to lie when asked if he tried to unduly influence an ongoing federal investigation. Wallace cracked up after hearing these remarks, saying as she laughed: "He wants to get him under oath to see if he'll answer truthfully!"

Her disdain for Giuliani was even clearer after she played a clip of him saying falsely that the Steel dossier was the impetus for the FBI investigation into Trump's campaign and that it is Hillary Clinton who should be investigated for collusion with Russians.

"Oh my God, Rudy needs to check his carbon monoxide monitors," said Wallace. "The surest sign yet that Team Trump knows it has problems: 'Look over there! The collusion, the obstruction! They're somewhere over there...'"