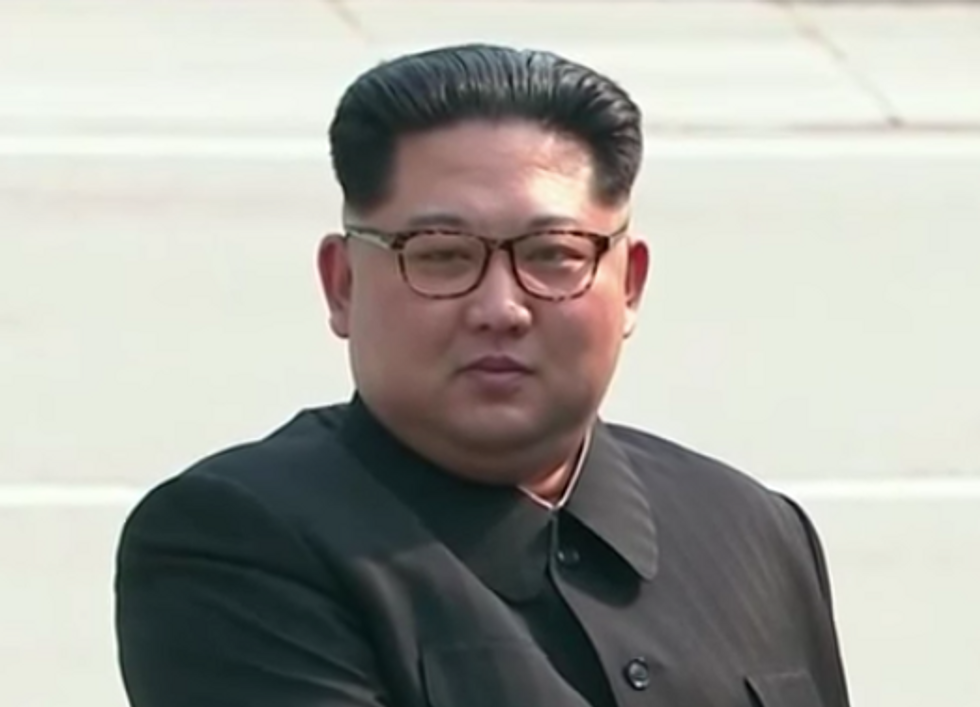 On Friday, Donald Trump announced via Twitter that he was canceling the next meeting between Secretary of State Mike Pompeo and North Korean negotiators and, in fact, would be suspending negotiations with North Korea entirely for the time being. Because Trump is a liar, we don’t actually know if this is true or if it will remain true past, say, next Thursday, but his announcement seems largely due to Trump finally realizing that North Korea has been playing him for a chump, rebuffing even preliminary denuclearization discussions while insisting that the United States lift sanctions first if any progress is to be made.

This was all both predictable and predicted by everyone not in Donald Trump's immediate family. Trump may have been gulled into the pomp and circumstance of a meeting with the North Korean dictator in exchange for super-duper promises of denuclearization (translation: photo op), but ever since the meeting took place the dictatorship has been proudly uninterested in any follow-up. Trump is now said to be genuinely peeved that the rogue state has been messing with one of his best would-be storylines, that of him as worldwide negotiating super-genius.

Anyhoo, North Korea has now responded to Trump's possibly-real, possibly-fake suspension of negotiations in (again) the most predictable manner, using the state-controlled newspaper to assert that the United States is still holding secret military drills with South Korea and is "hatching a criminal plot" and so on and so forth.

"Such acts prove that the U.S. is hatching a criminal plot to unleash a war against the DPRK and commit a crime which deserves merciless divine punishment in case the U.S. fails in the scenario of the DPRK's unjust and brigandish denuclearisation first," the paper said.

"We cannot but take a serious note of the double-dealing attitudes of the U.S. as it is busy staging secret drills involving man-killing special units while having a dialog with a smile on its face," it noted.

Yup. Everything's going swimmingly after the Trump North Korea summit. And to think that immediately after that meet-up, Donald Trump proudly proclaimed the nuclear threat from North Korea to be ... over.