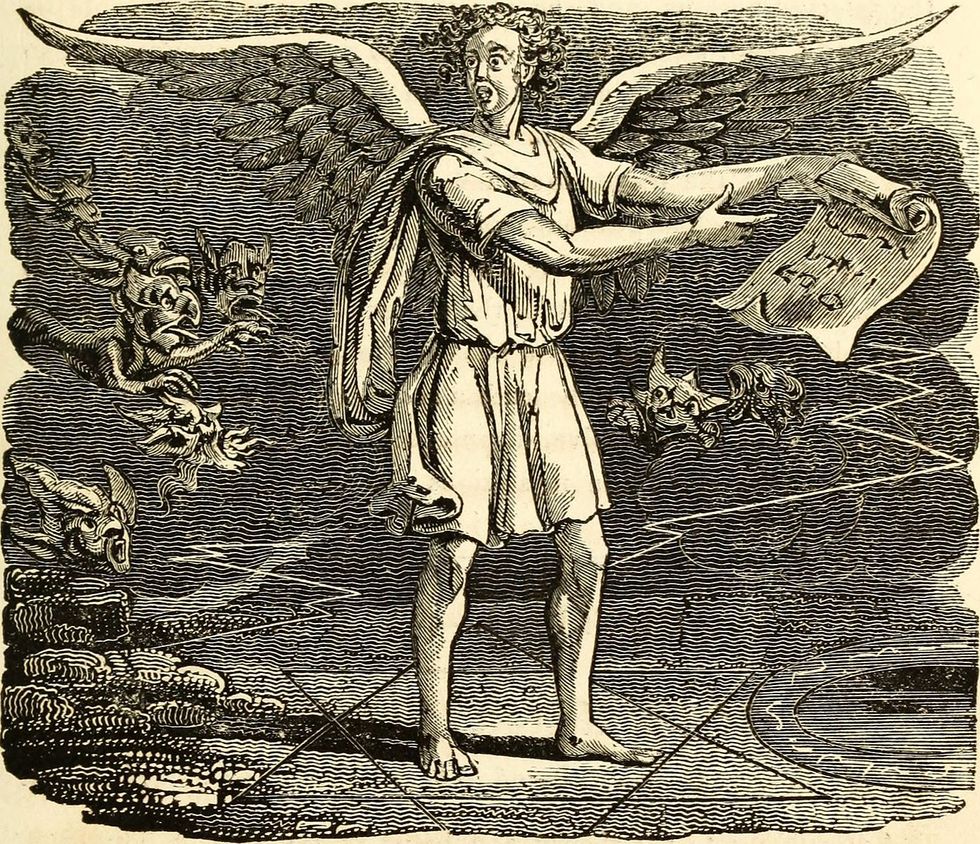 Comets and meteors have fascinated the human race since they were first spotted in the night sky. But without science and space exploration to aid understanding of what these chunks of rock and ice are, ancient cultures often turned to myth and legend to explain them.

The Greeks and Romans believed that the appearance of comets, meteors and meteor showers were portentous. They were signs that something good or bad had happened or was about to happen. The arrival of a comet could herald the birth of a great figure, and some people have even argued that the star in the sky which the Persian Magi followed to Bethlehem to see the newborn Jesus was actually a comet.

In the spring of 44BC, a comet that appeared was interpreted as a sign of the deification of Julius Caesar, following his murder. Caesar’s adopted son Octavian (soon to be the Emperor Augustus) made much of the comet, which burned in the sky during the funerary games held for Caesar. This portentous event was frequently celebrated in the ancient sources. In his epic poem, the Aeneid, Virgil describes how “a star appeared in the daytime, and Augustus persuaded people to believe it was Caesar”.

Augustus celebrated the comet and the deification of his father on coins (it did help to be the son of a god when trying to rule the Roman Empire), and many examples survive today.

The Roman historian Cassius Dio referred to “comet stars” occurring in August 30BC. These are mentioned as among the portents witnessed after the death of the Egyptian queen Cleopatra. Experts are not entirely sure what it means when Dio uses the plural term “comet stars”, but some have connected this recorded event to the annual Perseid meteor shower.

Though it retains an ancient Greek name, we now know that the arrival of the Perseid meteor shower every August is actually the Earth’s orbit passing through debris from the Swift-Tuttle comet.

The meteor shower is named for the Perseidai (Î ÎµÏ�ÏƒÎµÎ¯Î´Î±Î¹), who were the sons of the ancient Greek hero Perseus. Perseus was a legendary figure with a fine family pedigree – he was the mythical son of Zeus and Argive princess DanaÃ« (she of the golden rain). Perseus earned himself a constellation after a number of epic adventures across the Mediterranean and Near East that included the frequently illustrated murder of the Gorgon sister, Medusa.

Another of Perseus’s celebrated acts was the rescue of the princess Andromeda. Abandoned by her parents to placate a sea monster, the princess was found by Perseus on a rock by the ocean. He married her and they went on to have seven sons and two daughters. Sky watchers believed that the constellation Perseus, located just beside Andromeda in the night sky, was the origin of the shooting stars they could see every summer, and so the name Perseid stuck.

Tears and other traditions

In Christian tradition the Perseid meteor shower has long been connected to the martyrdom of St Lawrence. Laurentius was a deacon in the early church at Rome, martyred in the year 258AD, during the persecutions of the Emperor Valerian. The martyrdom supposedly took place on August 10, when the meteor shower was at its height, and so the shooting stars are equated to the saint’s tears.

Detailed records of astronomical events and sky watching can be found in historical texts from the Far East too. Ancient and medieval records from China, Korea and Japan have all been found to contain detailed accounts of meteor showers. Sometimes these different sources can be correlated, which has allowed astronomers to track, for example, the impact of Halley’s comet on ancient societies both east and west. These sources have also been used to find the first recorded observation of the Perseid meteor shower as a specific event, in Han Chinese records of 36AD.

Though the myths and legends may make one think that ancient civilisations had little scientific understanding of what meteors, comets and asteroids could be, this couldn’t be farther from the truth. The early astronomers of the Near East, those who created the Babylonian and Egyptian calendars, and astronomical data were – by far – the most advanced in antiquity. And a recent study of ancient cuneiform texts has proven that the Babylonian ability to track comets, planetary movements and sky events as far back as the first millennium BC involved a much more complex geometry than had been previously believed.