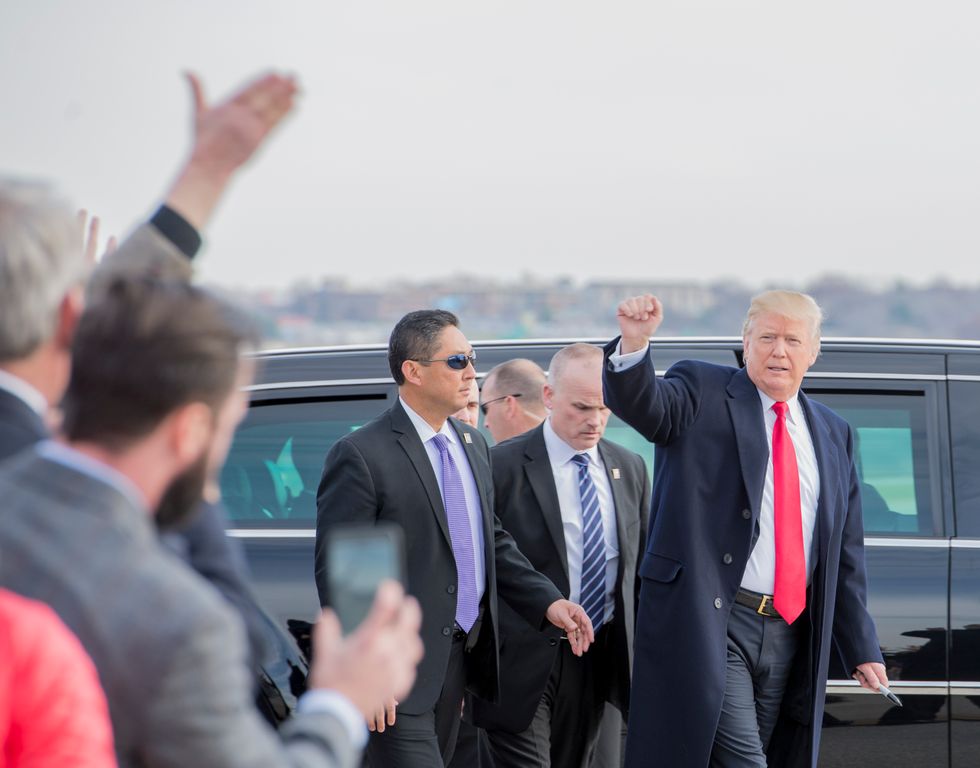 "He mentioned pardoning Manafort," said Earhardt, whose new interview with Trump will be released on Thursday. "He said he would consider that. I think he feels bad for Manafort. They were friends, he didn't work for him very long, worked for him for, basically, 100 days." (Manafort actually worked for Trump for 144 days.)

Whatever Trump's stated motivation, if he were to pardon Manafort — who was convicted on eight counts of bank fraud and tax fraud on Tuesday, and is scheduled to stand trial for additional charges next month — it would be an absolutely earth-shattering development and one which would look incredibly damning and incriminating to Trump himself. Manafort's legal jeopardy stems in large part from his deals with Russian oligarchs, to which he has deep financial ties. Pardoning Manafort in the middle of an investigation of his campaign's dealings with the Russia campaign would be nothing short of a constitutional crisis.

Trump himself has dropped hints that he might take the plunge, with a series of tweets on Wednesday morning in which he stated, "I feel very badly for Paul Manafort and his wonderful family," praised him for not cutting a deal, and proclaimed the whole thing a "Witch Hunt!"