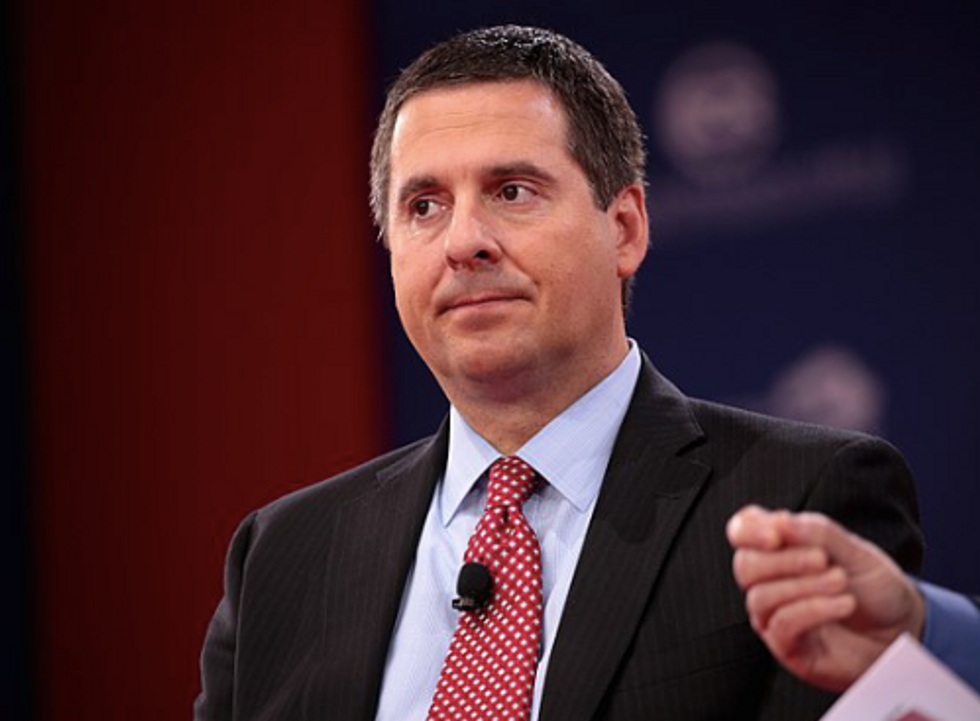 House Intelligence Committee chair Devin Nunes (R-CA) is at it again. And his latest scheme to undermine the Russia investigation ended in laughable failure.

According to a new report from the Atlantic, Nunes traveled to London earlier this month, seeking a meeting with MI5, MI6, and GCHQ regarding information on Christopher Steele — the former British spy hired to compile the infamous dossier into President Donald Trump's alleged dealings in Russia.

A U.K. security official, speaking on background, said "it is normal for U.K. intelligence agencies to have meetings with the chairman and members of the House Permanent Select Committee on Intelligence." But those meetings did not pan out—Nunes came away meeting only with the U.K.’s deputy national-security adviser, Madeleine Alessandri. The people familiar with his trip told me that officials at MI6, MI5, and GCHQ were wary of entertaining Nunes out of fear that he was “trying to stir up a controversy.” Spokespeople for Alessandri and Nunes did not return requests for comment, and neither did the press offices for MI5 and MI6. GCHQ declined to comment.

In other words, Nunes, under color of his office as a high-ranking U.S. politician overseeing national security, went to Britain to speak with their intelligence agencies, and they turned him away because they suspected he was really there to discredit Steele and muddy the waters about the investigations into Trump.

A steadfast ally of Trump, Nunes has used his committee position to suppress any serious investigation of Russia in the House, instead launching a series of investigations into the investigators. He has been fixated on discrediting the Steele dossier and any federal investigator who might have relied on it, even though several portions of the dossier have now been confirmed true, and even though the FBI's initial investigation began with leads other than the dossier.

In particular, Nunes is obsessed with the idea, repeatedly debunked, that the FBI only secured warrants to surveil members of the Trump campaign by lying to the Foreign Intelligence Surveillance (FISA) court about whether the dossier was funded by political opponents of Trump.

Last year, Nunes faced an ethics investigation for allegedly divulging classified information to reporters about the nature of the FBI's Russia surveillance. He also released a four-page memo purporting to reveal widespread anti-Trump bias at the FBI, which was laughably flimsy.

Nunes, who represents California's 22nd Congressional District in the Central Valley, is currently locked in a bitter fight for re-election against Democratic Fresno prosecutor Andrew Janz.