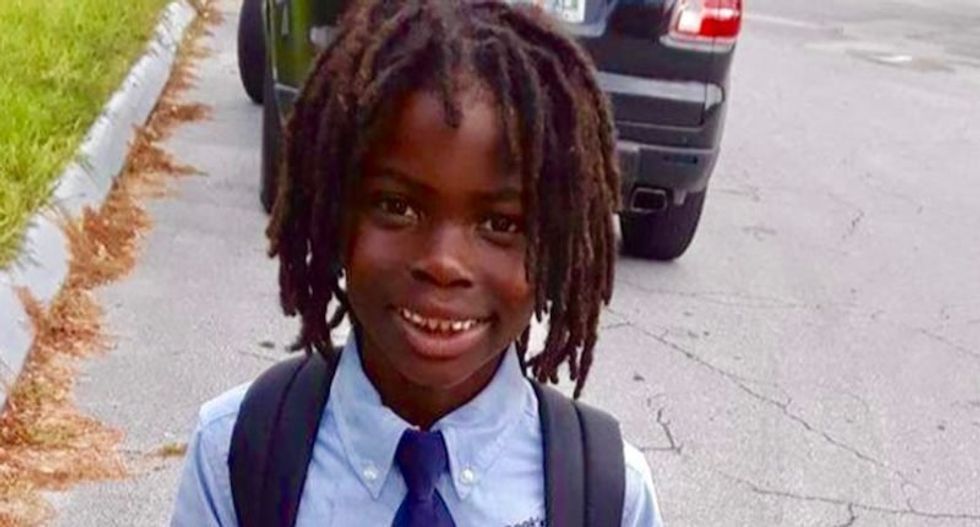 Although the dreadlocks hairstyle is often associated with the Rastafarian faith, dreadlocks actually have a long history with Christianity; in Africa, Coptic Christians wore that hairstyle centuries before the emergence of Rastafarian culture. But in Apopka, Florida near Orlando, African-American First Grade student Clinton Stanley, Jr. is—according to his father, Clinton Stanley, Sr.—being excluded from a private Christian school because of his dreads.

“Our son just got told he could not attend the school with his hair,” Stanley, Sr. said in an eight-minute video he posted online. “If that’s not biased, I don’t know what is.”

The father told the Orlando Sentinel, “I respect their rules, but it’s not right. Allow kids to come as they are. You are a Christian school. In the Bible, it says, ‘Come as you are.’  You deny a kid an education on his hair?”

John Book, director of the predominantly black A Book’s Christian Academy, is asserting that excluding Stanley, Jr. for his dreadlocks is not racist, but rather, is in keeping with Christian principles—which legally, he is entitled to do since it’s a private school instead of a public school.

“You can see my school, it’s probably 95 percent black,” Book told Orlando’s NBC-affiliated WESH-TV. “Obviously, I am not a racist. But we try to uphold certain Biblical standards and certain degrees of order that enable us to maintain a school.”

Dreadlocks, however, are very much in keeping with Christian culture. In Ethiopia, a predominantly Christian country in Africa, dreadlocks have a long history of being worn by members of the Coptic sect. But when Bob Marley, Peter Tosh and other Jamaican reggae stars embraced dreads in the 1970s, the hairstyle became closely identified with Rastafarian culture. And in 2018, dreadlocks could be described as a multi-faith hairstyle.

Clinton Stanley, Jr. is presently enrolled in another school.