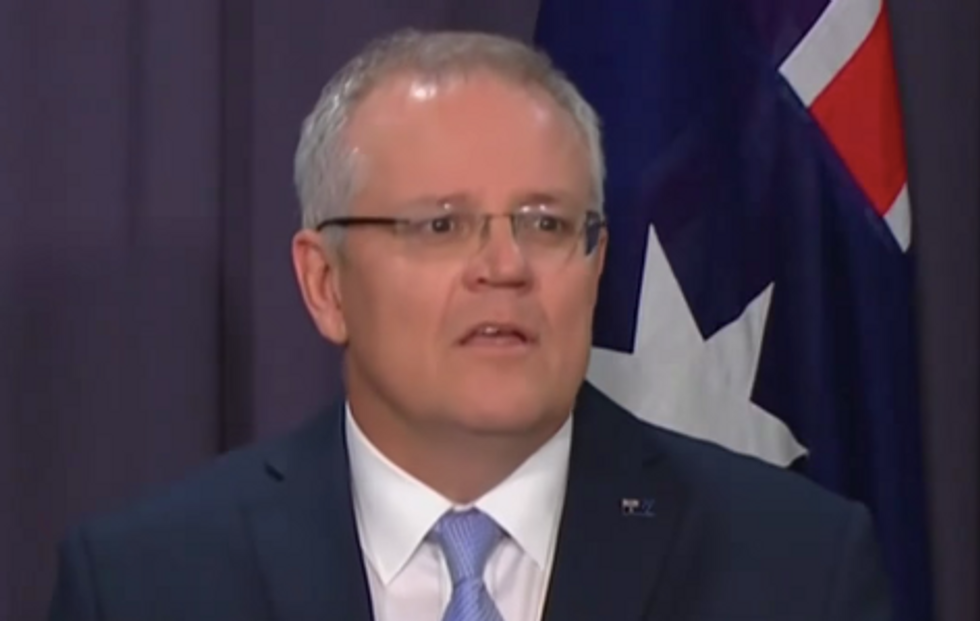 Scott Morrison is Australia’s new prime minister, beating Peter Dutton by 45-40 votes after a week in which the government imploded and the Liberal party tore itself apart.

The third contender, Foreign Minister Julie Bishop, was eliminated in the first round, reportedly receiving only a handful of votes.

The new deputy is the Energy Minister Josh Frydenberg, 47, from Victoria, who won overwhelmingly, from fellow Victorian Greg Hunt and Queenslander Steve Ciobo.

At a news conference after the ballot Turnbull lashed out at the “determined insurgency from a number of people both in the party room and backed by voices, powerful voices, in the media” that brought him down.

Turnbull confirmed he will leave parliament “before too long”, which would prompt a byelection.

The motion for a spill of the leadership was carried 45-40, an unexpectedly close margin and an indication that Malcolm Turnbull retained substantial support even amid the chaos. Turnbull, prime minister since he deposed Tony Abbott in 2015, had promised not to contest the subsequent ballot if the spill was carried.

This was the second vote on the leadership this week - Turnbull beat Dutton 38-45 on Tuesday.

The meeting was delayed by some 20 minutes after Turnbull insisted on seeing the petition for the special meeting, and then having the government whip verify the signatures. Turnbull’s delaying tactics helped Morrison gather the numbers.

The result is a massive rebuff for Peter Dutton and his conservative backers who have consistently undermined Turnbull’s leadership.

As he left the meeting, Dutton pledged his “absolute loyalty” to Morrison.

Abbott, who backed Dutton and believes Morrison betrayed him in the 2015 leadership coup, declared: “We have lost the Prime Minister, there is a government to save.”

Morrison, 50, from NSW, has been Treasurer since 2015, and in parliament since 2007. He is a former state director of the Liberal party in NSW. He is socially conservative but is regarded as pragmatic in ideological terms. As immigration minister in the Abbott government he oversaw stopping the boats.

The vote is seen as meaning the government can be expected to continue current economic policies. Business will be relieved; Morrison is a familiar figure in business circles and would have been regarded by far the most preferred of the three candidates.

Dutton’s floating of ideas like taking the GST off electricity bills may have counted against him, on the grounds of economic irresponsibility.

Also a somewhat equivocal opinion from the Solicitor-General about Dutton’s eligibility to sit in parliament may have been unhelpful. This was released shortly before the vote.

Morrison has ahead of him the immense challenge of uniting a fractured party. A lot will depend on whether the conservatives undermine him or accept their rout quietly.

The conservatives were furious at Turnbull’s hardball delaying tactics and his emphasis on getting the opinion about Dutton’s constitutional eligibility.

Given the closeness of the numbers, scrutiny came on Mathias Cormann, Mitch Fifield and Michaelia Cash whose dramatic resignations from the ministry, declaring Turnbull had lost party support, were the killer blow for him.

Arthur Sinodinos, close to Turnbull, who is on long term sick leave, came to Canberra for the vote.

While the Longman byelection was one of the spurs for the challenge, Queensland remains unrepresented in the leadership team.

In his farewell news conference Turnbull went through the achievements of his “progressive government”.

“I have been a reforming Liberal Prime Minister,” he said, citing the delivery of marriage equality.

Asked about his concessions to the conservatives, he said: “What I have done always is to try to keep the party together. And that has meant that from time to time I have had to compromise and make concessions.

"It’s something I learnt from my first time as leader that you have to work so hard to keep the show together. There are - and that’s the bottom line.”

He said “the truth is that the coalition finds it very hard to get agreement on anything to do with emissions”, he said. He said the National Energy Guarantee “was or is a vital piece of economic reform. It remains the government’s policy, of course”.

Senator Eric Abetz, from the Dutton camp, said: “Today must mark a clean start for the parliamentary Liberal party and having worked with Mr Morrison well over a number of years, I am certain that he will lead a more consultative parliamentary party, be more responsive to issues raised with him and actively seek to bring back together our broad church”.

In his news conference, Morrison declared himself and Frydenberg as “the new generation of Liberal leadership”. Frydenberg will become Treasurer in the Morrison government.

Morrison flagged that Dutton would be in his cabinet, and that he was not looking to have an early election.

His first priority was to review drought policy, he said.

On energy policy Morrison reaffirmed the government’s announced plans to crack down on power companies’ behaviour, but left vague how the rest of the policy might be changed, saying he would consult with his cabinet.

In terms of other priorities, he said that in healthcare “I am distressed by the challenge of chronic illness in this country”.

In comments on values, Morrison said: “If you have a go in this country, you will get a go. There is a fair go for those who have a go. That is what fairness in Australia means.”