The House Committee on Oversight and Reform announced on Thursday that it is investigating Jared Kushner after his investment firm received $2 billion from Saudi Arabian wealth fund.

"Your support for Saudi interests was unwavering, even as Congress and the rest of the world closely scrutinized the country’s human rights abuses in Yemen, the murder of journalist Jamal Khashoggi by Saudi assassins tied to Crown Prince Mohammed bin Salman, and Saudi Arabia’s crackdown on political dissidents at home. After leaving your senior White House position, you formed an investment firm, A Fin Management, LLC (Affinity) and raised $2 billion from the Saudi Public Investment Fund (PIF), the sovereign wealth fund of Saudi Arabia, which is controlled by the Crown Prince,” wrote Maloney.

Kushner incorporated the firm the day leaving the White House, were he served as a senior advisor to Donald Trump.

“The Committee on Oversight and Reform is investigating whether you have improperly traded on your government position to obtain billions of dollars from the Saudi government and whether your personal financial interests improperly influenced U.S. foreign policy during the administration of your father-in-law, former President Trump. This investigation will inform the Committee about whether federal ethics laws should be strengthened to prevent senior public officials from taking advantage of their position within the federal government to reap a financial windfall—before, during, or after government employment,” Maloney explained.

The letter asks for documents to be produced by June 16.

Also on Thursday, The New York Times reported Biden will travel to the Kingdom of Saudi Arabia for an official state visit.

"During his stop in Riyadh, he will meet with Crown Prince Mohammed bin Salman, who was deemed responsible for the assassination, as well as the leaders of other Arab nations, including Egypt, Jordan, Iraq and the United Arab Emirates," the newspaper reported. "The visit represents the triumph of realpolitik over moral outrage, according to foreign policy experts." 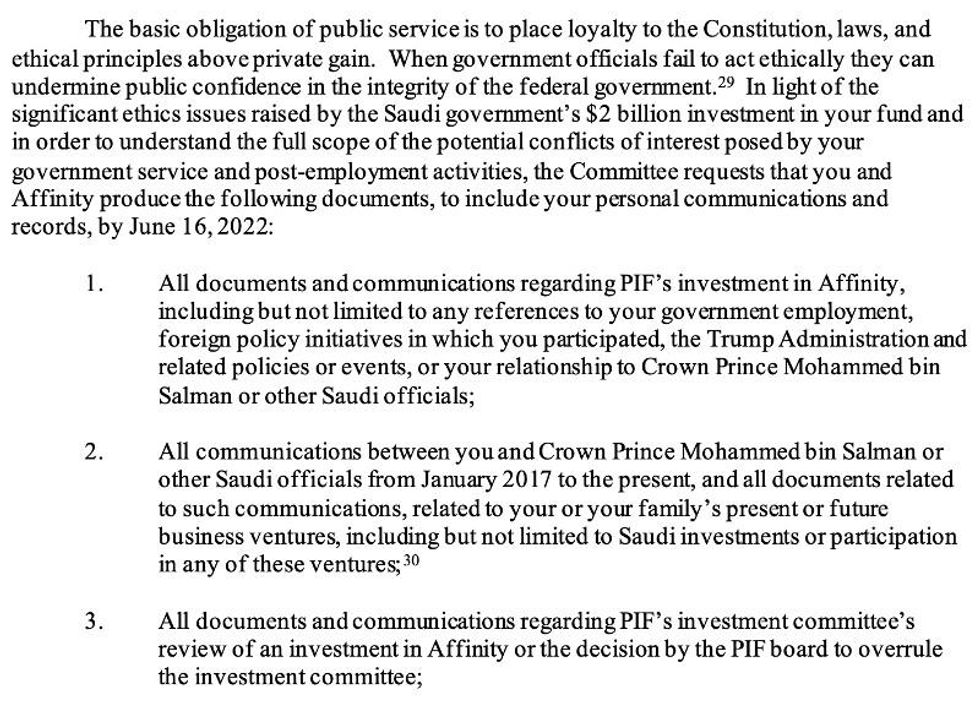 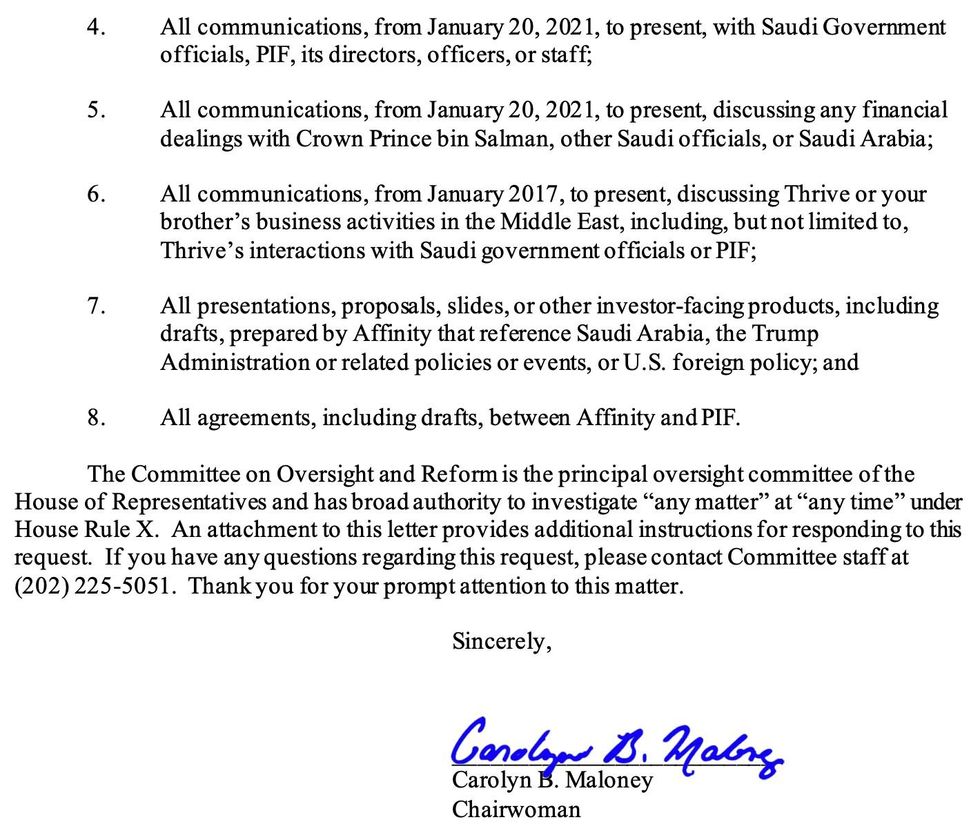