Visitor throws cake at the 'Mona Lisa' in Paris' Louvre 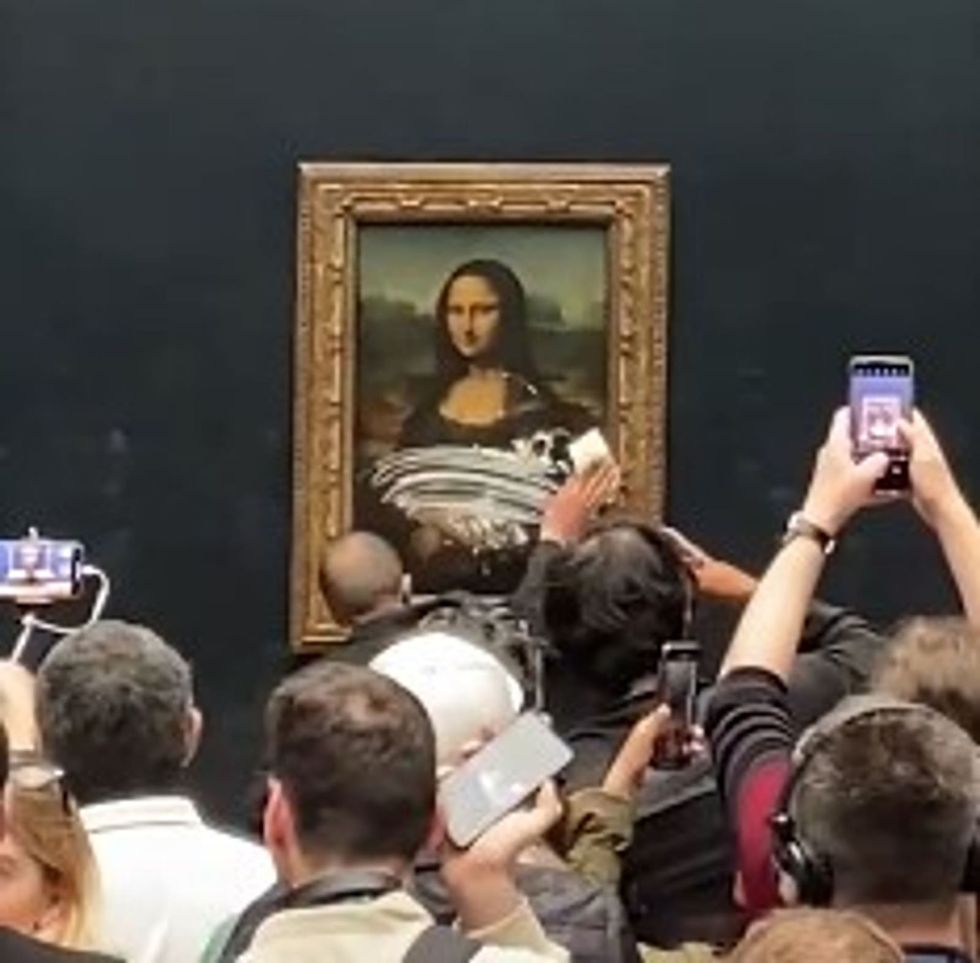 A video grab dated 29 May 2022 courtesy of Lukeee @lukeXC2002 of a staff member at the Louvre in Paris wiping cream of off protective glass covering Leonardo da Vinci's Mona Lisa painting after a man disguised as an elderly woman in a wheelchair threw a cake at it. (best quality available) -/Lukeee@lukexc2002 via PA Media/dpa
DPA
May 30, 2022

A visitor to the Louvre museum in Paris threw a piece of cake at the world-famous painting the "Mona Lisa," which is on display behind protective glass.

The painting by Leonardo da Vinci was not damaged in its protective case during the attack on Sunday, a museum spokeswoman told dpa on Monday.

The man was immediately detained by the supervisory staff and taken out of the exhibition hall, and the police arrested him.

The 24-year-old from a Paris suburb was taken to a psychiatric hospital where it will be determined whether he can be remanded in custody. He was said to have made "a confused impression." The museum filed a complaint.

The visitor had first pretended to be disabled in order to get a wheelchair and approach the work of art, the spokeswoman explained. In this way, the museum enables people with limited mobility to admire the Louvre's main work. When he was close enough he threw a cake, which had previously been kept hidden, at the display case containing the Mona Lisa, she said.

Photos and videos shared by visitors on social media showed an employee immediately wiping the cream cake off the display case.

The perpetrator appeared to be a younger man who had donned a woman's wig.

"Think of the Earth, there are people who are in the process of destroying the Earth," the man shouted, according to the newspaper Le Parisien.