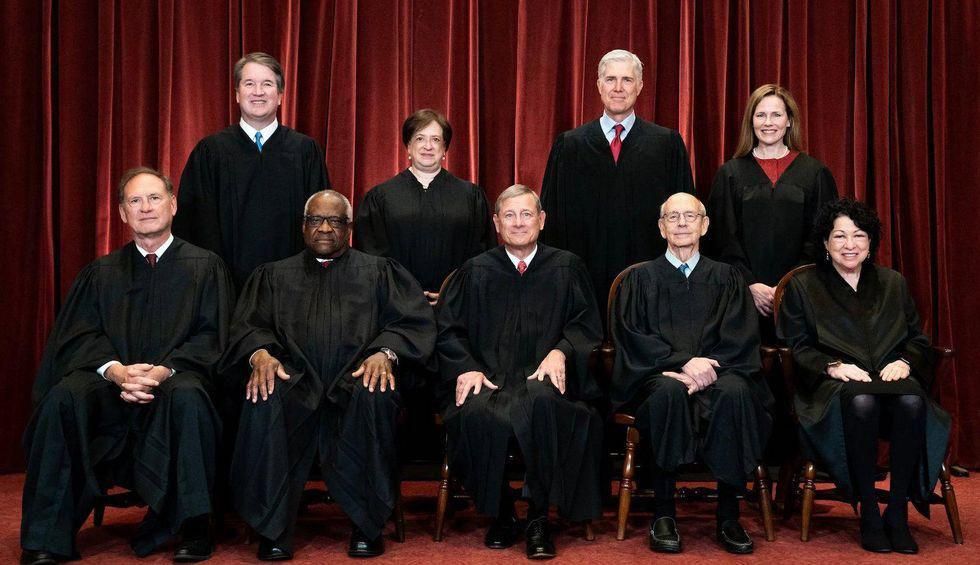 I hope it’s clear by now Roe is doomed, though I don’t mean it will be overturned. That would be too obvious. I mean the Supreme Court’s six conservatives will instead find ways to sabotage it without striking it down. That way the anti-abortionists will get what they want. That way “moderate” Republicans will be able to say Roe is still the law of the land. (I presume this is a preferred outcome for Susan Collins.)

That’s where we’re headed. That doesn’t mean, however, the fighting will end. Far from it. The Christian Science Monitor’s Henry Gass reported Tuesday on how conflict over reproduction will continue post-Roe. Some states will amend their constitutions prohibiting abortion. Some states will do the same protecting it. (My state of Connecticut enshrined Roe in statute years ago.) The site of conflict had been national for over a half-century. Future sites will be local.

That conflict will be local, not national, means America over time will become a crazy-quilt of abortion laws in which some have rights and some don’t, depending on which part of the country they live in. That reality reflects the notion that America isn’t really one country. (It’s instead a federation of regions with distinct personalities animating opposing political cultures.) And it reflects another thing: American women in their child-bearing years will not be treated equally under law on account of being American women in their child-bearing years.

Put another way, it will be a two-tiered system of law. In some parts of the country, women of child-bearing years will be first-class citizens. In other parts, second-class. (I mean this in formal terms; women of means, especially white women, will have abortions though their states outlaw them.) Two-tiered law might otherwise be repugnant, but among those who believe a fetus is a person, perhaps not so much. For them, abortion is a moral or religious issue. The rights of one class must be weighed against the rights of another, even if it’s not yet born. If some inequality is the price for the “sanctity of life,” then so be it.

That abortion is a moral issue is almost universally accepted, even among those who otherwise stand firmly for reproductive rights. To the extent that it is a moral issue, however, its parameters are exceedingly pinched. If we accept that a fetus is a person, we must also accept that those who are making that argument are not taking into consideration the vast moral implications of one person using another person’s body to live. They are not taking into consideration the ethical conundrum of the state stepping into what would otherwise be a private matter and forcing one person to permit another person to use her body to live. If we accept “pro-life” as a “moral crusade,” as we’re so often told, then we must also accept it’s not nearly moral enough.

When I’m in a charitable mood, I think this is an oversight. Lots of “pro-life” people are just not thinking it through. If they did, they might reconsider their commitments. When I’m in an uncharitable mood, I think this is no mistake at all. It’s by design. Access and use of a woman’s body isn’t a byproduct of protecting the life of the fetus. Access and use of a woman’s body is the goal. Outlawing abortion isn’t for the unborn. It’s for the born bent on restoring the right to access and use a woman’s body, a right denied when the state protects a woman’s right to control her destiny, starting with her own body.