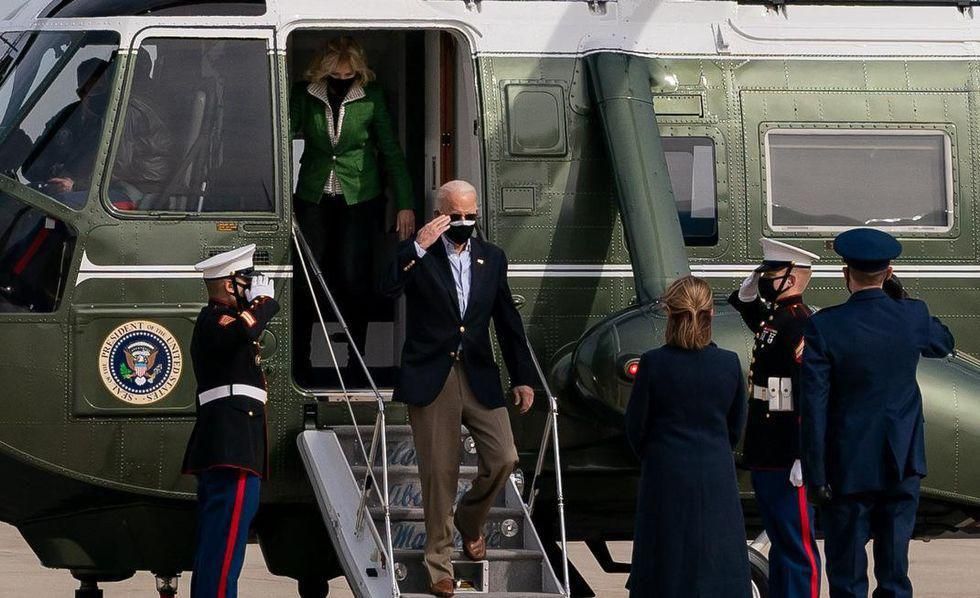 As the ongoing Saudi-led military intervention in Yemen's civil war continues to kill, maim, and displace civilians—over 300,000 of whom have died during more than seven years of fighting—a report published Thursday urges the Biden administration to end critical U.S. support for the atrocity-laden campaign by blocking pending arms sales and stopping future weapons transfers.

"During the Trump administration, the United States doubled down on its support of the regime in Saudi Arabia, regardless of how harshly the kingdom cracked down on human rights or how much devastation it caused through its war in Yemen," the Center for International Policy (CIP) report states.

Its author, CIP Arms and Security Program director William D. Hartung, writes he was initially hopeful that President Joe Biden would eschew the "cynical, transactional approach to U.S.-Saudi relations," but instead "the Biden administration's record so far has been mixed at best."

"Most importantly," the report adds, "the Biden administration has refused to use U.S. leverage—in the form of a threat to cut off crucial U.S. spare parts and sustainment for the Saudi military—to force Riyadh to end its devastating blockade on Yemen and move towards an inclusive peace agreement to end the war."

Hartung notes that "the bulk of the weapons transferred to Saudi Arabia since 2009" are the result of deals made during the administration of Barack Obama, one of a long line of U.S. presidents who have courted the repressive Saudi monarchy since the discovery of oil in the desert kingdom in the 1930s.

While the losers of the war are clear—the United Nations Development Program says that 377,000 Yemeni civilians will have died by the end of this year—the report argues that the winners are "major contractors like Boeing, Raytheon, Lockheed Martin, and General Dynamics."

The report calls on the Biden administration to "suspend all U.S. arms sales and military support to the Saudi regime—both new offers and systems still in the pipeline and yet to be delivered—as leverage to get Riyadh to end its blockade on humanitarian aid and commercial goods into Yemen, open Sana'a airport, and engage in good faith efforts to end the war."

URGENT - ACT NOW\n\nThe Senate is voting on legislation to reject President Biden\u2019s attempt to sell #SaudiArabia MILLIONS of dollars in air missiles and missile launchers. \n\nCan we count on you to sign on telling YOUR Senator to block the arms sale? https://act.winwithoutwar.org/letter/write-your-senators-lets-block-bidens-650-million-saudi-arms-sale/\u00a0\u2026
— Win Without War (@Win Without War) 1638470918

"Without U.S. arms, maintenance, and spare parts, the Saudi military would not be able to prosecute its brutal war in Yemen. It's hard to overstate the degree to which the Saudi military relies on U.S. support," Hartung said in a statement. "It's time for the Biden administration to cut off this support as a way to change Saudi conduct and relieve the suffering of the Yemeni people caused by Saudi actions."