Why Amazon is terrified of its U.S. workers unionizing 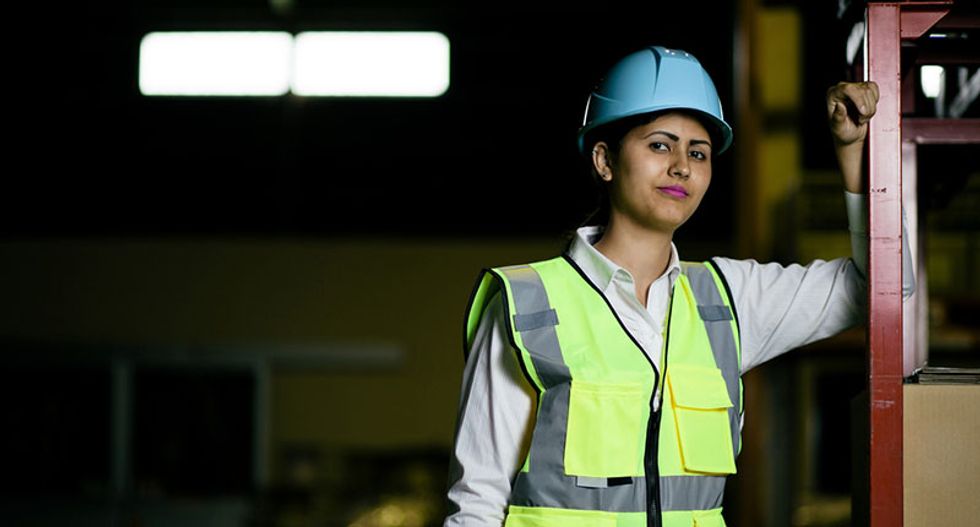 The National Labor Relations Board (NLRB) has just ruled that a historic union vote held earlier this year among Amazon warehouse workers in Bessemer, Alabama, by the Retail, Wholesale and Department Store Union (RWDSU) was not valid. The highly publicized vote, which took place over several weeks in February and March 2021, resulted in a resounding defeat for the union, with more than 70 percent of those voting choosing against union membership.

Stuart Appelbaum, president of RWDSU, accused Amazon of engaging in “efforts to gaslight its own employees,” and filed a petition in April to nullify the vote. After investigating the union’s assertion, the NLRB decided that Amazon interfered so blatantly in its workers’ ability to vote that a second election is now in order.

The ruling detailed how, in spite of the NLRB denying Amazon’s request to install a mail collection box right outside the warehouse entrance, the company did so anyway, giving workers the impression that it was involved in the vote counting. Additionally, the company distributed “vote no” paraphernalia to workers in the presence of managers, forcing them to declare their support of or opposition to the union. And, Amazon held what the NLRB called “captive audience meetings” with small groups of workers, “six days a week, 18 hours a day,” in order to blast the approximately 6,000 employees who were eligible to vote with anti-union messaging over the course of the voting period.

An NLRB regional director, Lisa Henderson, who made the decision for a second vote, denounced Amazon’s “flagrant disregard” for ensuring a free and fair election and said the company “essentially hijacked the process and gave a strong impression that it controlled the process.”

It’s no wonder that the election turnout was low and that ultimately only about 12 percent of eligible voters cast ballots choosing to unionize.

Anticipating the NLRB decision to allow a second vote, the company has already begun paving the way for interference once more. According to a Reuters report in early November, “Amazon has ramped up its campaign at the warehouse, forcing thousands of employees to attend meetings, posting signs critical of labor groups in bathrooms, and flying in staff from the West Coast.”

This aggressive and repeated pushback by one of the world’s largest employers against a unionizing effort at a single warehouse in the United States is an indication of Amazon’s absolute determination to deny workers a say in their labor conditions. Kelly Nantel, a company spokesperson, said that workers don’t need a union because they benefit from a “direct relationship” with their employer—a laughable notion considering the unbalanced power dynamic between the behemoth retailer and any one of its nearly 1 million U.S. employees.

So invested is the company in maintaining a union-free workplace that the NLRB in a separate decision determined that Amazon illegally fired two employees last year who were agitating against its unfair labor practices.

There is an obvious reason why Amazon has opted to respond so aggressively to unionization efforts in the United States. Its European workers are unionized and are actively demanding better wages and working conditions. For example, in Germany, unionized Amazon workers walked off their jobs for higher pay in November during the peak holiday shopping season. Last year, Italian workers went on strike for 11 days to win an extra five-minute break to ensure good hygiene in light of the pandemic. And, in the spring of 2020, French unions demanded that Amazon suspend all activity at its warehouses in the interest of worker safety during the early months of the pandemic. A French court ruled favorably, saying that the company had to suspend deliveries of all nonessential items.

Further, union leaders and unionized workers from various European nations began collaborating with one another last year in what Business Insider called an effort to “swap notes… on how to pressure the retail giant to improve their working conditions.”

This sort of European union activity and cross-border worker solidarity is exactly the type of scenario that Amazon does not want to see replicated in the United States.

When Amazon founder Jeff Bezos responded to the Bessemer vote in April saying that he would ensure his company became “Earth’s Best Employer and Earth’s Safest Place to Work,” the RWDSU took it as an admission that Amazon has indeed been mistreating its workers.

Indeed, there have been numerous studies detailing mistreatment. One investigation by the New York Times earlier this year at Amazon’s Staten Island, New York, warehouse found that the company churned through workers with an extremely high employee turnover rate. The paper also found that although managers keep careful track of nearly every conceivable aspect of how quickly employees work, their efficiency and productivity, there were apparently few records, if any, of worker health including COVID-19 infections.

At the same time that the Bessemer warehouse workers were being bombarded with anti-union propaganda, the company was practically minting money with record profits from a greater dependence on online shopping during the pandemic. Profits jumped 220 percent in the first quarter of 2021 compared to the same period a year earlier.

The NLRB ruling for a do-over vote at the Bessemer warehouse comes at a time when American workers are increasingly intolerant of poor labor conditions and low wages. A wave of strikes this fall and mass resignations have also impacted Amazon’s ability to hire more workers. Now, in addition to the RWDSU, the International Brotherhood of Teamsters has vowed to engage in organizing efforts aimed at Amazon and passed a historic resolution this summer in response to how “Amazon poses an existential threat to the rights and standards our members have fought for and won.”

Still, Amazon’s aggressive efforts at maintaining union-free operations in the United States have continued to bear fruit. In addition to rolling out more anti-union efforts ahead of the second vote at its Bessemer warehouse, Amazon appears to have prevailed against another unionization effort—at the Staten Island warehouse that the New York Times investigated. Just two weeks ahead of an NLRB hearing on whether there was sufficient interest to form a union there, workers mysteriously withdrew their petition.

A Reuters study of 20 years of wage data for the retail industry found a clear and growing advantage for unionized workers compared to non-union workers, with the weekly wage gap between the two groups increasing from $20 in 2013 to $50 in 2019. The outlet explained that “unionized workers tend to work more hours per week and on a predictable schedule, while non-union workers often have a ‘variable schedule’ that depends on how busy management thinks the store might be.” In other words, the rights of non-union workers are subservient to the company’s well-being.

Sonali Kolhatkar is the founder, host and executive producer of “Rising Up With Sonali,” a television and radio show that airs on Free Speech TV and Pacifica stations. She is a writing fellow for the Economy for All project at the Independent Media Institute.