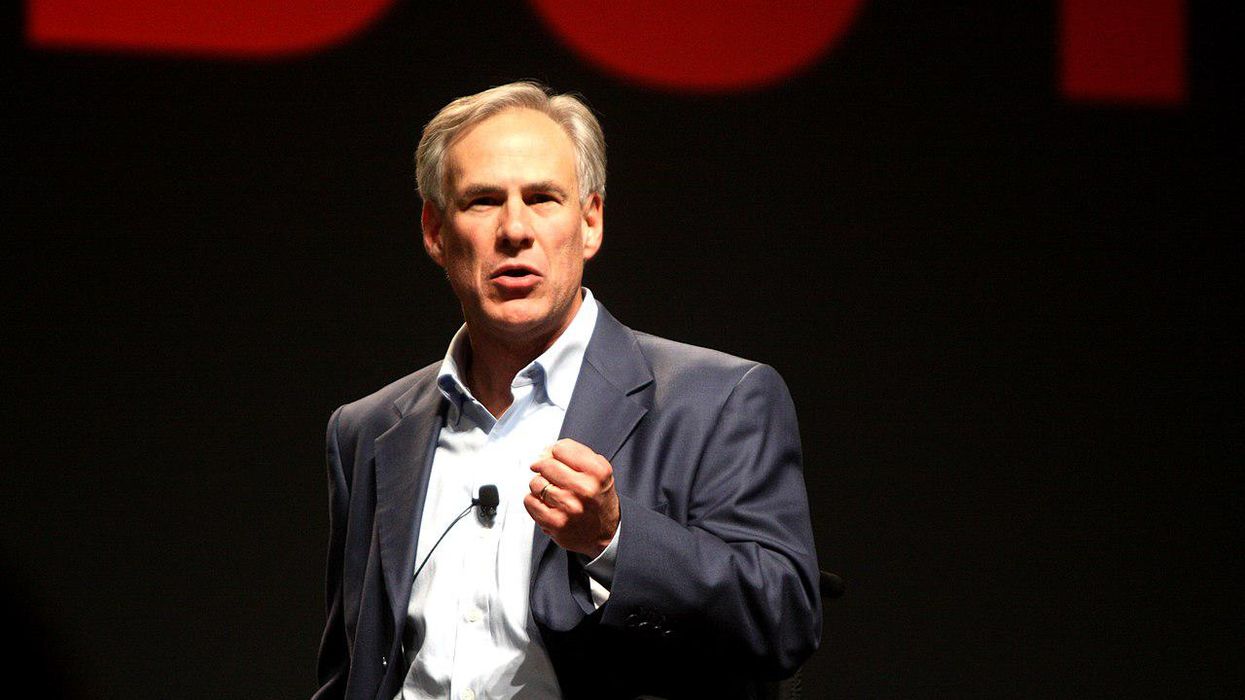 Texas' draconian new anti-abortion law, which went into effect on September 1, is having an impact far from Houston, Dallas or San Antonio. From Virginia to California, Democrats have been using the law to attack Republican candidates who don't live anywhere near the Lone Star State. The impact the law will ultimately have on Texas politics, however, remains to be seen, and journalist Renuka Rayasam — in an article published by Politico on September 9 — poses the question: will the anti-abortion law help Texas Democrats?

"The Texas Republican Party's hard tack to the right over the summer, culminating in the abortion law and election bill last week, has sparked a palpable backlash in the state," Rayasam reports. "For the first time since Texas Democrats' dreams of flipping the state leadership were dashed in 2020, many in the party are eyeing a path out of the political wilderness. As (Gov. Greg) Abbott and other Republican state leaders work to appease their conservative base ahead of the 2022 state elections, Democrats see an opening to notch victories up and down the ballot. The question is whether they can organize themselves to do it, which even some left-leaning strategists and organizers here doubt."

Texas remains a red state, but at this point, it is light red rather than deep red. Former President Donald Trump carried Texas by 6% in the 2020 election compared to a 30% win in deep red Idaho or his 26% victory in Alabama. Democrats are a majority party in large urban centers like Houston, Dallas, Austin and El Paso, but they still struggle in statewide races — and the GOP maintains a strong ground game in many of Texas' rural counties.

Rayasam explains, "The phrase 'galvanizing moment' came up over and over again in recent conversations with Texas and national Democrats. Democratic groups and candidates say they plan to seize on the local outrage and national attention to raise money, mobilize their base, recruit candidates and make a case to voters for 2022."

In a 5-4 decision, the U.S. Supreme Court declined to block Texas' anti-abortion law — at least for now. And Gilberto Hinojosa, chairman of the Texas Democratic Party, has been saying that the law makes Democrats more competitive in the 2022 midterms.

Hinojosa told Politico, "This is a totally different playing field now after what happened with the Supreme Court. This just changes the entire complexion of the 2022 election."

Nonetheless, Rayasam stresses that the GOP still has the advantage in Texas.

"In states with a strong Democratic Party, like California and Virginia, the new Texas laws are already buoying liberal candidates," Rayasam observes. "And the Biden Administration reportedly is preparing to sue Texas over the abortion law. But in Texas, Democrats' grassroots organizing ability, candidate pipeline and strategy pale in comparison with the GOP's."

In fact, Rayasam reports that a "national Democratic strategist," who was interviewed on condition of anonymity, is urging members of his party not to invest money in Texas at the moment — the strategist believes that money would be better spent elsewhere.

But Democratic Texas State Sen. Wendy Davis believes that extremism is hurting the GOP in her state. Davis lost by 20% when she ran against Abbott in Texas' 2014 gubernatorial race.

Rayasam reports, "Davis told me earlier this week that she believes a lot has changed in Texas in the seven years since her loss. Texas has added millions of new residents in recent years, mostly in the state's cities and suburbs. In 2018, Abbott and other Republicans lost Harris County, which includes Houston. Many of the provisions in the election bill Abbott signed on Tuesday, like a ban on 24-hour voting, directly target Harris County's 2020 pandemic voting measures."