As Kavanaugh helps gut Roe, here are all the times Susan Collins said he wouldn't 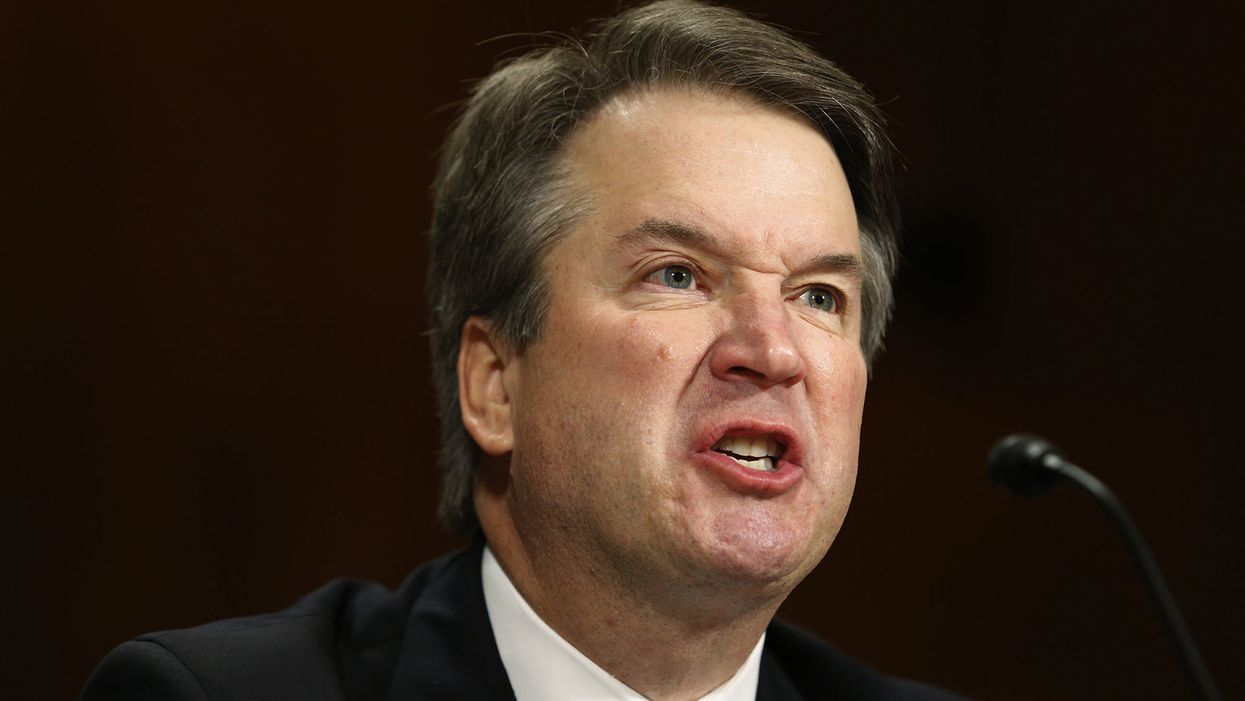 In a 2018 speech announcing her decisive vote in favor of confirming right-wing judge Brett Kavanaugh to the Supreme Court, Republican Sen. Susan Collins of Maine insisted—despite the abundance of evidence to the contrary—that he would value legal precedent and not support efforts to overturn Roe v. Wade.

But less than three years later, Kavanaugh effectively did just that by joining four of his fellow conservative justices late Wednesday in voting to leave in place Texas' six-week abortion ban, the most restrictive in the nation. While the court's 5-4 majority claimed in a brief unsigned order that its decision "is not based on any conclusion about the constitutionality of Texas' law," analysts argued that the conservative justices' move guts Roe v. Wade "under the cover of a procedural punt."

In the weeks ahead of her vote to confirm Kavanaugh—a Trump nominee who was accused of sexual assault—Collins repeatedly expressed her belief that the judge "reveres our Constitution" and would not approve of overturning Roe, a 1973 decision that established abortion as a constitutional right.

A compilation of Collins' remarks posted online in the wake of the Supreme Court's Wednesday order offers a glimpse at some of the Maine senator's past comments touting Kavanaugh's expressed commitment to keeping Roe intact:

Marie Follayttar, director of Mainers for Accountable Leadership, told Common Dreams on Thursday that Collins "will forever be the U.S. senator who gaslit a nation and her constituents and voted to install Brett Kavanaugh, who cast a vote against a woman's right to an abortion."

"This is Susan Collins' court and her legacy," said Follayttar. "Collins told us that Kavanaugh would respect precedent. Two hundred and thirty Maine attorneys wrote her that Kavanaugh would 'cast the fifth vote, making a majority, to erode or eliminate federal protections for a woman's right to choose.'"

"We failed to defeat Susan Collins at the ballot box, but we will succeed in making sure her role in overturning Roe vs. Wade is remembered," she continued. "It's incumbent on the Biden administration and Democratic leadership to expand the court, abolish the filibuster, and protect our right to an abortion. Anything less is unacceptable."

The Texas law that the Supreme Court opted to uphold with its dead-of-night order empowers private individuals to sue abortion providers and anyone who "aids and abets" patients attempting to obtain the procedure after around six weeks of a preganancy. Texas Republicans deliberately crafted the law—which amounts to a near-total ban on abortions in the state—to shield it from legal challenges, a maneuver that other GOP-controlled states are now likely to replicate.

Slate court reporter Mark Joseph Stern wrote early Thursday that "although the majority did not say these words exactly, the upshot of Wednesday's decision is undeniable: The Supreme Court has abandoned the constitutional right to abortion. Roe is no longer good law."

"In defending her vote to confirm him to the bench, Republican Sen. Susan Collins said Kavanaugh believed that precedent was 'not something to be trimmed, narrowed, discarded, or overlooked,'" Stern noted. "Now Kavanaugh has allowed Texas to overturn Roe, a nearly half-century-old precedent. He took less than three years to prove her wrong."