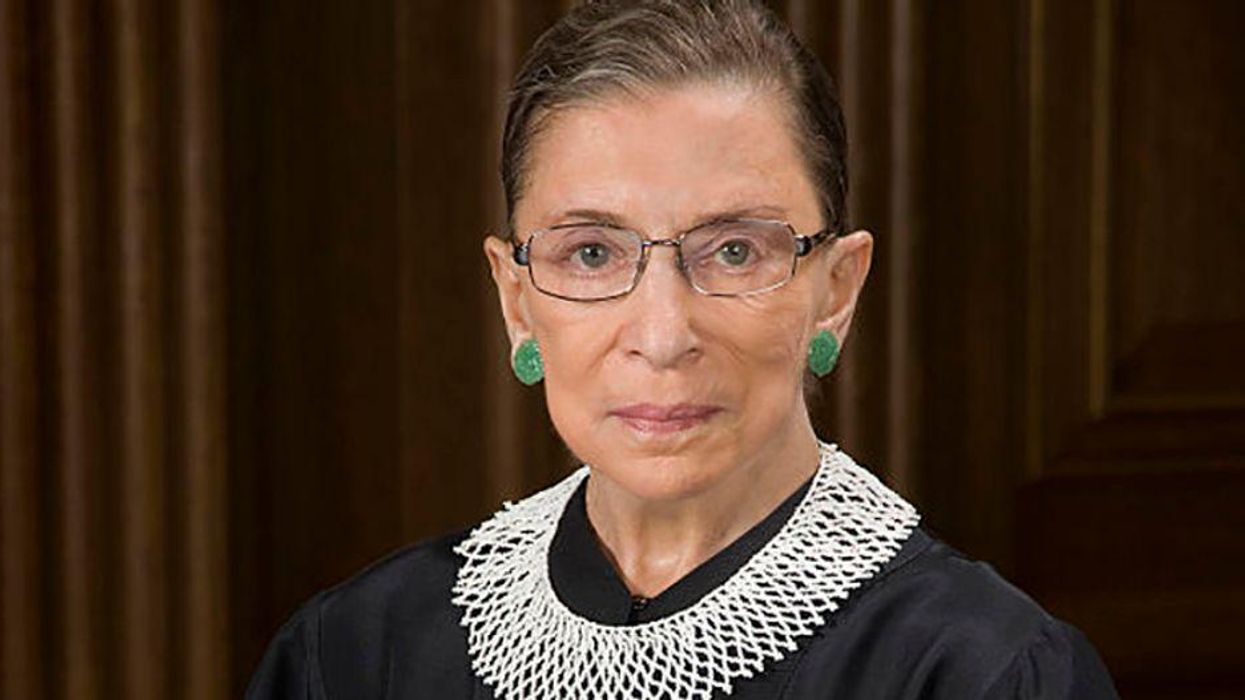 Buckle up for my fourth column on the state of abortion in less than two months and my third addressing the new Texas six-week abortion ban. It looks like the federal government is interested in taking up the fight, but how successful it will be is still left up in the air. When facing gerrymandered Republican controlled states and a Trump-packed federal judiciary, we need to fight these laws with every tool we have. That means grassroots advocacy and support, federal lawsuits and, hopefully, federal legislation. I know this is all overwhelming, which is why I'll write as many columns on abortion access as we need.

The United States Supreme Court allowed a six-week abortion ban in Texas to go into effect, because it found the new procedural questions just too baffling to handle. Apparently, if you want to pass a blatantly unconstitutional law, all you have to do is ignore longstanding civil procedure and have civilians enforce your law through civil court, thereby bypassing the need for state actors! Sorry, but you too would be snarky if you had been covering this ridiculous law that would be laughed out of a 1L civil procedure class for almost two months.

Anyway, with the decision by SCOTUS to let the law go into effect, the likelihood of a successful judicial challenge remains unclear. Luckily, a lot of people are still trying. There was a small judicial victory last week when a Texas judge temporarily blocked one anti-abortion group from suing one abortion provider. Judge Maya Guerra Gamble's ruling stops Texas Right To Life from suing any workers or abortion providers at Planned Parenthood clinics. While it doesn't do anything to the law generally, the ruling does take a step to protect those providing abortions and stop one of the groups most dedicated to funding suits under the new law.

Judge Gamble managed to see the clear harm where SCOTUS was confused when she wrote "The Court finds that SB 8 creates a probable, irreparable, and imminent injury in the interim for which plaintiffs and their physicians, staff and patients throughout Texas have no adequate remedy at law if plaintiffs, their physicians, and staff are subjected to private enforcement lawsuits against them under S.B. 8." This same group, Texas Right to Life, also faced a setback when GoDaddy gave it 24 hours to find a new host for its website. The group moved to Epik which has a history of hosting controversial conservative sites. Despite Judge Gamble's ruling, many Texas abortion providers will still be wary about performing abortions under the new law and it will still serve to make abortions more difficult to access even without enforcement. The ruling will more likely save clinic workers from harassment and frivolous suits temporarily, an important aspect, than actually help people access abortions.

While the exact path of judicial challenges remains unclear, because Texas purposely is trying to thwart judicial review without including state enforcement, the Justice Department has brought suit against Texas in a US District Court in Austin. The Justice Department's complaint uses appropriately strong language to call out Texas' clearly unconstitutional law and, in fact, says that SB8 was enacted "in open defiance of the Constitution." It also plainly addresses the motivation behind the law which is to escape judicial review.

The suit also says that SB8 unconstitutionally impairs federal interests by prohibiting federal actors and agencies from "carrying out their responsibilities under federal law related to abortion services." The Hyde Amendment, which prohibits federal funding from going to abortions, has three exceptions that allow for the federal government to support abortions in the cases of the life of the mother or rape or incest. SB8 has an exception if the life of the mother is at stake but not in the cases of rape or incest and so, the complaint argues, could interfere with federal actions. Abbott has defended the law not having rape or incest exceptions by promising to eliminate rape and by claiming a six-week abortion ban provides six weeks to get an abortion if raped (best case scenario, it only provides two weeks). While we have no idea if this legal challenge will work it seems likely that it is just the first federal attempt to protect abortion rights.

Considering the conservative lean of the federal judiciary right now, thanks to Trump pushing through so many judges, many are looking to a legislative solution to the abortion crisis. After the Supreme Court's decision to let SB8 stand, Speaker Nancy Pelosi announced the House will vote on the Women's Health Protection Act, hopefully enshrining abortion protections into federal law. The WHPA would make it a right for patients to access abortion care and for healthcare workers to provide abortions. The WHPA is often described as a law that would "codify Roe" into law. While it doesn't literally write it into law, it does use similar justifications of the rights of doctors to protect pre-viability abortions. It protects against unnecessary procedures and restrictions as well as post viability abortions if there is a "good faith" determination by a medical provider that its necessary.

Now I hope this legislation makes it into law, and that somehow the Senate votes for it or we manage to get rid of the filibuster, but I think we can actually enshrine abortion into law with even stronger protections. Roe was decided based on a guaranteed right to privacy which was built on the legal justifications for a right to birth control in Griswold v. Connecticut. Many legal scholars, including Ruth Bader Ginsburg, think a privacy justification is a weaker legal foundation.

Ruth Bader Ginsburg argued for abortion protections based on an equal protection justification rather than privacy or any free exercise of the rights of a physician. Not only did Ginsburg think this would be a stronger justification legally, that would better hold up under further scrutiny, but it also has the benefit of being the real reason we need abortion protections. Without strong protections for reproductive healthcare women, trans men, and non-binary people can never have equal access to society or be treated equally.