So broke 'he can’t afford a lawyer': White nationalist Richard Spencer’s life is in shambles as Charlottesville trial looms 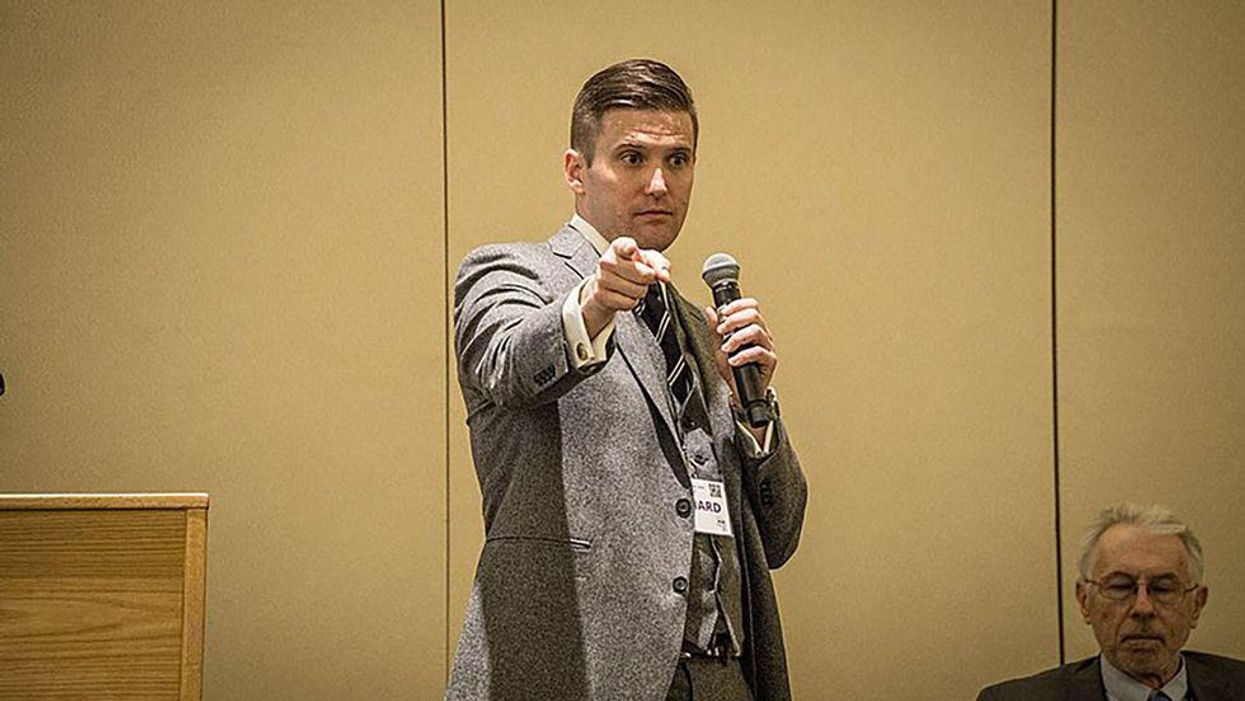 According to a report in the New York Times, neo-Nazi Richard Spencer -- once riding high as the face of white extremists who support Donald Trump -- has seen his life collapse in the years since the Charlottesville protests that led to one woman losing her life.

In a deep dive into how that city of Whitefish, Montana became a hot-bed of extremism that led to locals pushing back, Spencer is Exhibit A demonstrating how white nationalists are being shunned and driven from town by locals.

With Rabbi Francine Green Roston of the Glacier Jewish Community/B'nai Shalom, explaining, "The best way to respond to hate and cyberterrorism in your community is through solidarity," the Times' Elizabeth Williamson writes, "Whitefish, a mostly liberal, affluent community nestled in a county that voted for Mr. Trump in 2016 and 2020, rose up and struck back. Residents who joined with state officials, human rights groups and synagogues say their bipartisan counteroffensive could hold lessons for others in an era of disinformation and intimidation, and in the wake of the Jan. 6 Capitol riot."

Case in point, she notes, is Spencer who once received a glossy write-up in the LA Times.

Things she writes are much different for him now as after he attempted to run his organization in his mother's $3 million Whitefish home, while watching his life fall apart.

According to Tanya Gersh, a local real estate agent targetted by white nationalists, "I have bumped into him, and he runs — that's actually a really good feeling."

According to Williamson's report, "Leaders in Whitefish say Mr. Spencer, who once ran his National Policy Institute from his mother's $3 million summer house here, is now an outcast in this resort town in the Rocky Mountains, unable to get a table at many of its restaurants. His organization has dissolved. Meanwhile, his wife has divorced him, and he is facing trial next month in Charlottesville, Va., over his role in the deadly 2017 neo-Nazi march there, but says he cannot afford a lawyer."

Speaking with journalist, Spencer admitted he understands why he is unwelcome, telling Williamson, "I don't have any anxiety dealing with anyone. I don't want any battles with them here in Whitefish, and I hope they take a similar attitude, that it's best to move on."

As for Spencer's legal p[roblems, the Charlottesville trial is expected to start on Oct. 25, with the Times reporting, "... counterprotesters filed suit against [neo=Nazi] Mr. Andrew Anglin as well as Mr. Spencer, along with nearly two dozen people and groups involved in the 'Unite the Right' rally, after a neo-Nazi at the Charlottesville march plowed his car into a crowd of counterprotesters, killing Heather Heyer, 32, and injuring at least 19 others."

The report goes on to note Spencer's lawyer dropped him as a client after not being paid, and that Spenser -- who will act as his own attorney --said he has run into money problems, explaining, "Due to deplatforming efforts against me, it is very difficult for me to raise money as other citizens are able to."