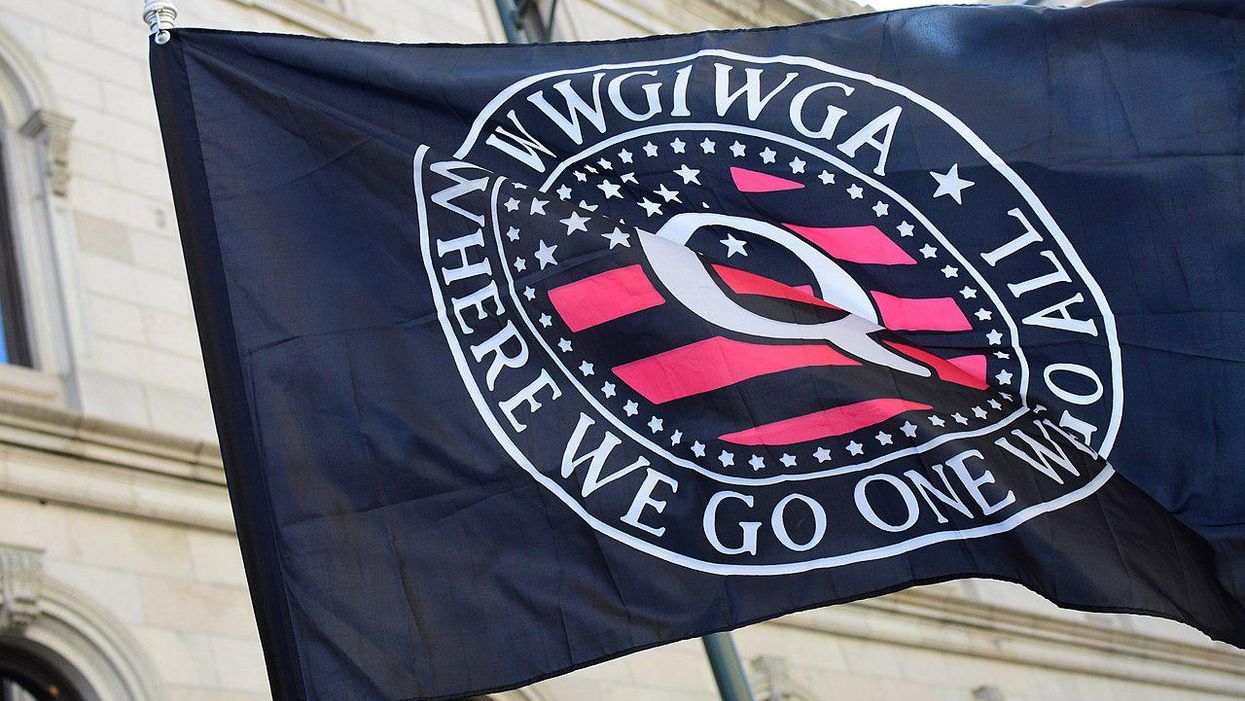 When Californians go to the polls on Tuesday, September 14, they will decide to either keep Democratic Gov. Gavin Newsom or replace him with someone else. The Republican contenders include, among others, far-right radio host Larry Elder, former San Diego Mayor Kevin Faulconer and former California State Assemblyman Ted Gaines.

In an article published on September 6, Gilbert explains, "QAnon followers have turned their attention to the effort to recall California Gov. Gavin Newsom, baselessly claiming the Democrats have deployed a 'bot army' to prevent Republicans from voting, and suggesting Newsom's recall will somehow trigger Donald Trump's return."

To understand why QAnon idolizes Trump so much, one needs to know some things about their ludicrous beliefs. QAnon believes that the United States' federal government has been hijacked by an international cabal of pedophiles, child sex traffickers, Satanists and cannibals and that Trump was elected president in 2016 to fight the cabal.

"QAnon as a movement is sustained by the constant promise that the 'storm' — the moment QAnon followers believe former President Donald Trump will rise up and reveal the true horror of a Democrat-led child sex trafficking ring — is just around the corner," Gilbert notes. "But because the 'storm' is made up and never actually going to happen, QAnon influencers instead cling onto real world events to keep followers engaged…. QAnon influencers are now directing their followers' attention to the upcoming recall election in California."

QAnon is hoping that Newsom will be voted out of office on September 14 but is claiming that his supporters are trying to steal the election.

"Over the weekend, Ron Watkins, who facilitated QAnon's rise on his website 8kun, posted a series of messages about the California election to his Telegram channel, making baseless allegations that Newsom had deployed a 'bot army' in order to 'attack you and try to convince you to not go out and vote,'" Gilbert reports. "In another message, Watkins wrote: 'They hired a bot army to convince you not to vote in the CA recall because they are panicking.'"

Gilbert continues, "Another major QAnon influencer, John Sabal, the organizer of the biggest QAnon conference and who is known online as QAnon John, boldly proclaimed that recalling Newsom will trigger the beginning of the 'storm.' 'DETHRONING Newsom is THE catalyst for the MAIN EVENT,' Sabal wrote on his Telegram channel over the weekend."

QAnon members are supporting Elder in the recall election, as he is a major Trump supporter.

Elder has done a lot of flip flopping over the years. During the 1990s, the Los Angeles-based radio host was a member of the Libertarian Party. But he became a Republican following the 9/11 terrorist attacks, claiming that the Libertarian Party was weak on national defense — and he became a relentless cheerleader for the neoconservative policies of President George W. Bush, Vice President Dick Cheney and Defense Secretary Donald Rumsfeld, including the invasion of Iraq. But during the Trump era, Elder reinvented himself as a devout Trumpista; never mind the fact that the Patrick Buchanan-influenced "America first" ideas that Trump embraced were a major departure from Bush-era neocons.

Gilbert observes, "Watkins and his fellow QAnon influencers are supporting Elder's campaign, which is unsurprising given his pro-Trump stance and his flirtation with QAnon conspiracies in the past…. Some, however, have voiced concern that Elder hasn't been speaking up about the conspiracy that the presidential election in 2020 was stolen, claiming that he should be more outspoken about what they see as a massive travesty of justice. Others, however, claim that Elder is keeping quiet on this topic only until he becomes governor."