'Massive hypocrites': Fox News pundit called out after he cheers on a restaurant banning Biden voters 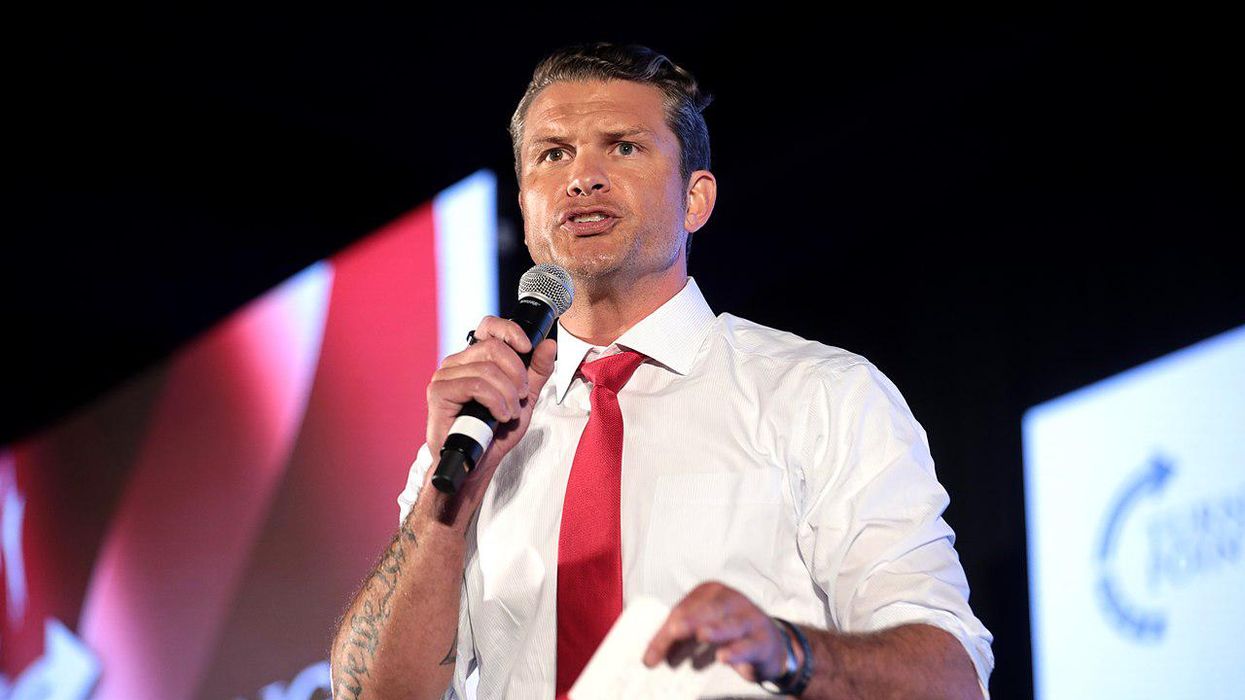 Far-right Fox News pundit Pete Hegseth has spent a lot of time railing against "cancel culture," and in 2018, he slammed business owners who didn't want to serve Donald Trump's press secretary as intolerant. But being consistent is not Hegseth's strong point. And this week, the Fox host is being called a hypocrite for applauding a Florida diner owner who doesn't want to serve supporters of President Joe Biden.

In 2018, Stephanie Wilkinson, the owner of a Lexington, Virginia restaurant called The Red Hen, asked then-White House Press Secretary Sarah Huckabee Sanders to leave. Hegseth, filling in for Fox News' Laura Ingraham on "The Ingraham Angle" on July 6, 2018, commented, "If discriminating against Trump officials or his supporters proves such a boon for the bottom line, are more places going to follow suit?... What does it say about the left that they stand in solidarity with a business that kicks out a paying customer just because of their political position?"

Hegseth's position on The Red Hen was clear: Wilkinson was being intolerant by asking Sanders to leave because of her pro-Trump politics. But this week, Hegseth was happy to defend Volusia, Florida diner owner Angie Ugarte, who doesn't want Biden supporters in her business. Ugarte posted a sign in the window of the DeBary Diner that read, "If you voted for and continue to support and stand behind the worthless, inept and corrupt administration currently inhabiting the White House that is complicit in the death of our servicemen and women in Afghanistan, please take your business elsewhere."

Hegseth, discussing Ugarte with his Fox colleagues, commented, "It's a free country — for now. And she's expressing a sentiment and speaking for a lot of people…. My inbox is full of people saying: Where can I give money, where can I go, what can I do?"

"The ballot box feels so far away," Hegseth continued, "and even then, there are a lot of questions about election integrity for a lot of people. And so, there's a lot of dismay, and they don't know where to turn… Customers can make a choice. And I actually think this will lead to a lot more business for her than those that turn away."

After that segment was tweeted, it didn't take long for Hegseth to be called out for his hypocrisy. Georgetown University's Don Moynihan noted that Hegseth has no problem with "cancel culture" when it comes from the MAGA far right:

Its beyond mundane to point out that a lot of the "civility" and "cancel culture" folks are massive hypocrites but… https://t.co/cA7T9ERKIU
— Don Moynihan (@Don Moynihan) 1630519330.0

Here are some more responses to Hegseth's defense of Ugarte:

@justinbaragona It is the same sanctimonious hypocrisy that has defined the past five years for the GQP. “Anything… https://t.co/7o4OnoodPm
— Mark Dalton (@Mark Dalton) 1630523477.0

@justinbaragona Business owner apparently thinks only 13 servicemembers died in Afghanistan throughout the entirety of the conflict.
— UtahGray (@UtahGray) 1630517922.0

@justinbaragona Didnt these people crap their pants when Sarah sanders was asked to leave a restaurant after giving her free appetizers?
— The Space Pope (@The Space Pope) 1630519852.0

@justinbaragona I want to go to this diner wearing a Biden shirt and see what happens. But since it's in Florida, I'll pass.
— Supra Elongata (@Supra Elongata) 1630521600.0