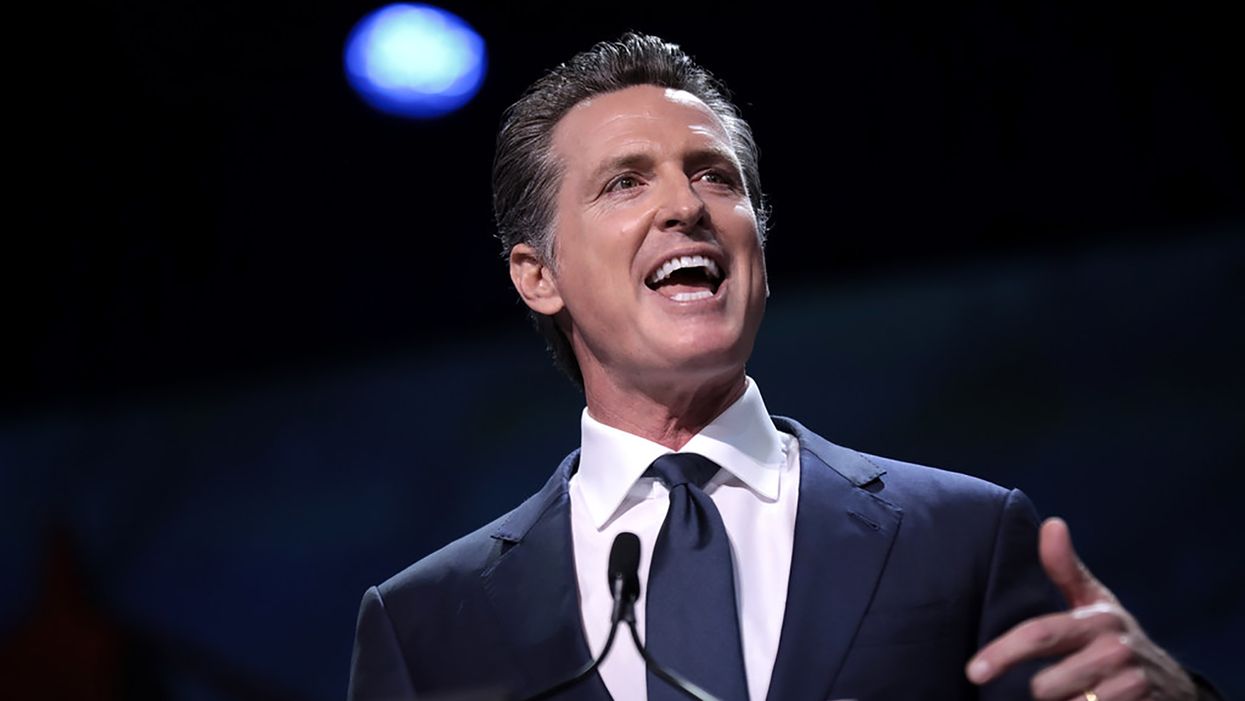 With reports that California Gov. Gavin Newsom (D) may survive recall efforts launched by conservatives using the pandemic as a pretext to question his fitness for the job, the Los Angeles Times is reporting that conservatives are already suggesting that Newsom's victory is going to be the result of election fraud.

With Donald Trump still insisting that the 2020 presidential election was stolen from him despite no evidence of election fraud, fans of the ex-president in California are stealing a page from his playbook to cast the eventual results in doubt.

As the Times' Hailey Branson-Potts writes, "Conservatives talk about the recall effort through the lens of Trump's lies that he won the 2020 election. By and large, they refuse to cast their ballots by mail, believing his false claims that mail-in voting leads to rampant voter fraud. If Newsom prevails, many won't trust the results — just as they didn't after Trump lost."

According to conservative Ed Brown, who has been selling "Recall Newsom" merchandise, the eventual outcome of the election is not in doubt because he believes it will be stolen.

"As far as I'm concerned, Trump is the president," the 67-year-old Brown said in an interview before adding, "They'll probably do something to cheat."

Vince Destigter, chairman of the Amador County Republican Party, is typical of those who think mail-in ballots are at the heart of a rigged election.

"Destigter voted for [Republican Larry] Elder and dropped his ballot off at a drop box instead of mailing it," Branson-Potts wrote, adding that he told her, 'We're very fussy about that. We believe that there were a lot of shenanigans done with the voting' in the presidential election."

Appearing on Fox News, Elder -- the leading Republican candidate -- already telegraphed how he might respond to Newsom not being ousted.

"The 2020 election, in my opinion, was full of shenanigans. And my fear is they're going to try that in this election right here and recall. So I'm urging people to go to ElectElder.com. Whenever you see anything, hear anything suspicious, go to my website. We have a battery of lawyers. We're going to file a lawsuit in a timely fashion this time," he told MediaBuzz host Howard Kurtz.

The Times' Branson-Pots added, "Last week, two men, both self-described conservative Republicans, walked past a ballot drop box and carried their votes into the registrar's office in Placerville. The men, who declined to give their names, wanted to hand-deliver the ballots because they did not trust mail-in voting."

"I think our elections are rigged," one man admitted.