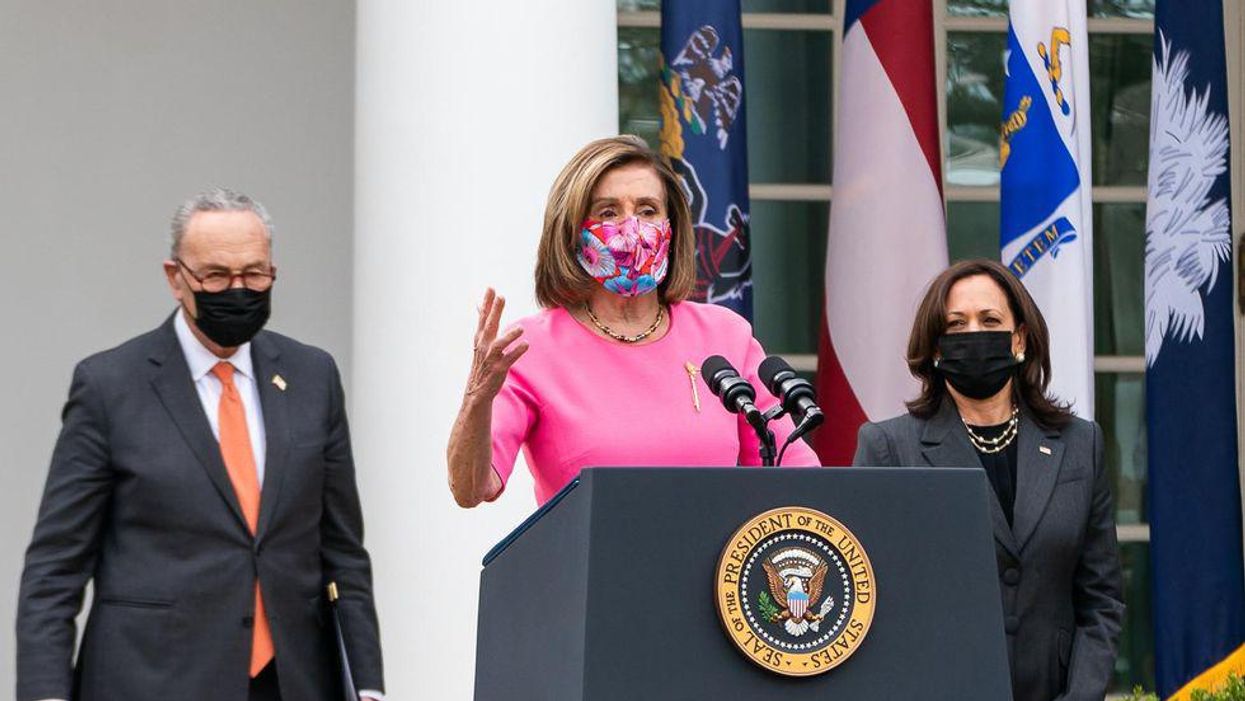 Speaker Nancy Pelosi announced Thursday that the House will vote on a bill to guarantee abortion rights nationwide after the chamber returns from recess later this month, a legislative effort aimed at countering the U.S. Supreme Court's decision to greenlight Texas' unprecedented assault on reproductive freedoms.

"Upon our return, the House will bring up Congresswoman Judy Chu's Women's Health Protection Act to enshrine into law reproductive healthcare for all women across America," Pelosi (D-Calif.) said in a statement, slamming the new Texas law barring abortions after six weeks of pregnancy as a "catastrophe."

The House is scheduled to return to session on September 20.

Unveiled by Chu (D-Calif.) and several other congressional Democrats in May, the Women's Health Protection Act would establish a federal statutory right to abortion care "free from medically unnecessary restrictions that single out abortion and impede access."

"Our legislation reaffirms what the Supreme Court established fifty years ago: access to abortion is a fundamental right," Chu said upon introducing the measure.

The bill currently has 189 co-sponsors in the House and 48 in the Senate. Sens. Joe Manchin (D-W.Va.) and Bob Casey (D-Pa.) are the lone Democratic holdouts in the upper chamber.

In a tweet Thursday, Chu applauded Pelosi for vowing to bring the Women's Health Protection Act to the House floor for a vote in the wake of the high court's refusal to block Texas' near-total abortion ban.

"Unlike the Supreme Court, we were elected," Chu wrote. "And we were elected on the promise we would protect the rights of women no matter where they live. This is how we do that!"

The real obstacle for the bill is the Senate, which Democrats control by the slimmest of margins. Even if Senate Democratic leaders are able to get all 50 members of their caucus on board, they will still need to win the support of at least 10 Republicans as long as the 60-vote legislative filibuster remains in place.