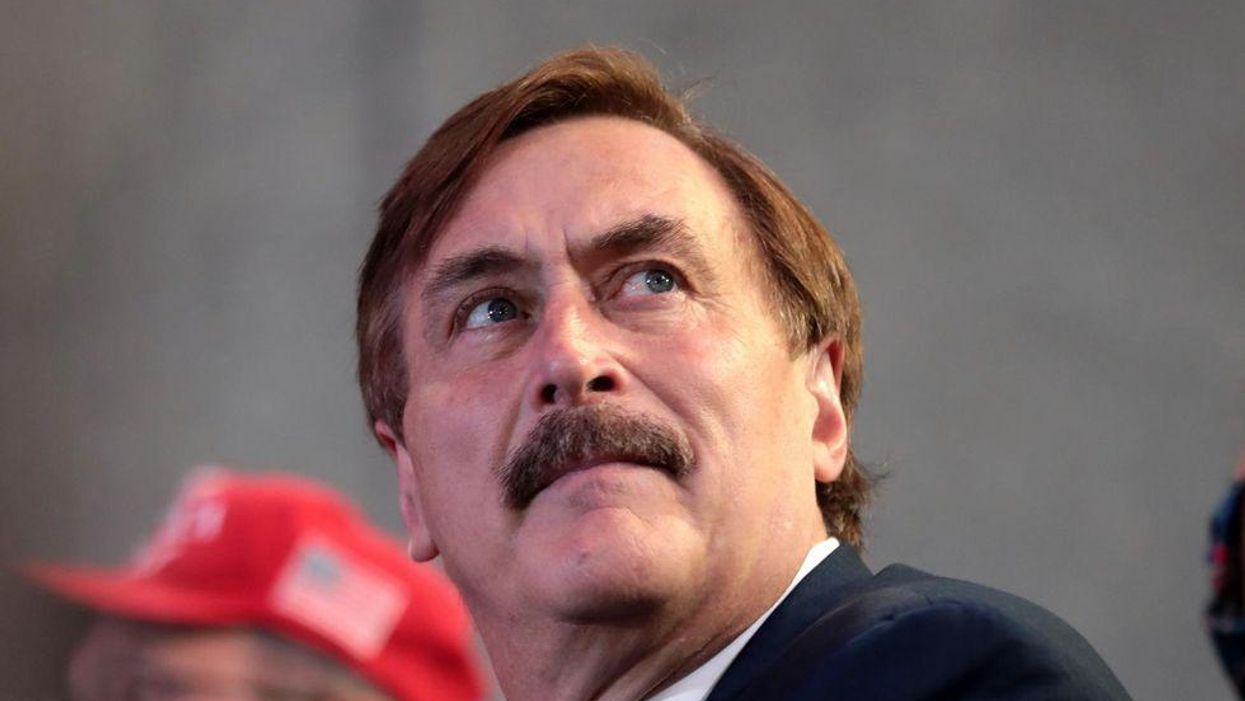 MyPillow CEO Mike Lindell defended his appallingly bad and debunked three-hour election conspiracy theory "documentary" called "Absolute Truth," by saying he was so scared for his life during the Trump presidency that he prayed the federal government did not summarily execute him.

"Yeah, yeah, the 'Absolute Proof,' let me tell you the key part of that," Lindell said. "This is probably the only time where I had a little fear and I had to pray, get on my knees and pray to God. This was 10 days before the impeachment trial. And let me tell you I'm 10 days before, and remember at the time that that was like the towards the end of January, you know the impeachment trials were Tuesday following like the February 8, okay?"

The second Senate impeachment trial of Donald Trump was February 9-13. The House impeached Trump for a second time on January 13 in a 232–197 vote.

"We were not going to be able to show evidence at that trial," Lindell continued, although it's unclear why he saiod "we" since he was not oin trial and was not legally part of Trump's defense.

He then went on to call the January 6 insurrection, for which well over 600 people have been arrested and charged a "big fake insurgency or whatever that you're against the government."

"And guess who was number one on that list to come and get? Me. And they were coming, I'm going, 'God they're gonna kill me.' You know, they're gonna put me and hang me. And basically is what I'm thinking and at that moment he said, You know, I got to put a documentary, just put the evidence out there and make it."

It's also unclear why he would think the Trump DOJ or other agencies of the Trump administration would murder him.

Mike Lindell says he had to rush to release his election fraud "documentary" earlier this year because he was afrai… https://t.co/w1f3HO39Io
— Right Wing Watch (@Right Wing Watch) 1631725473.0