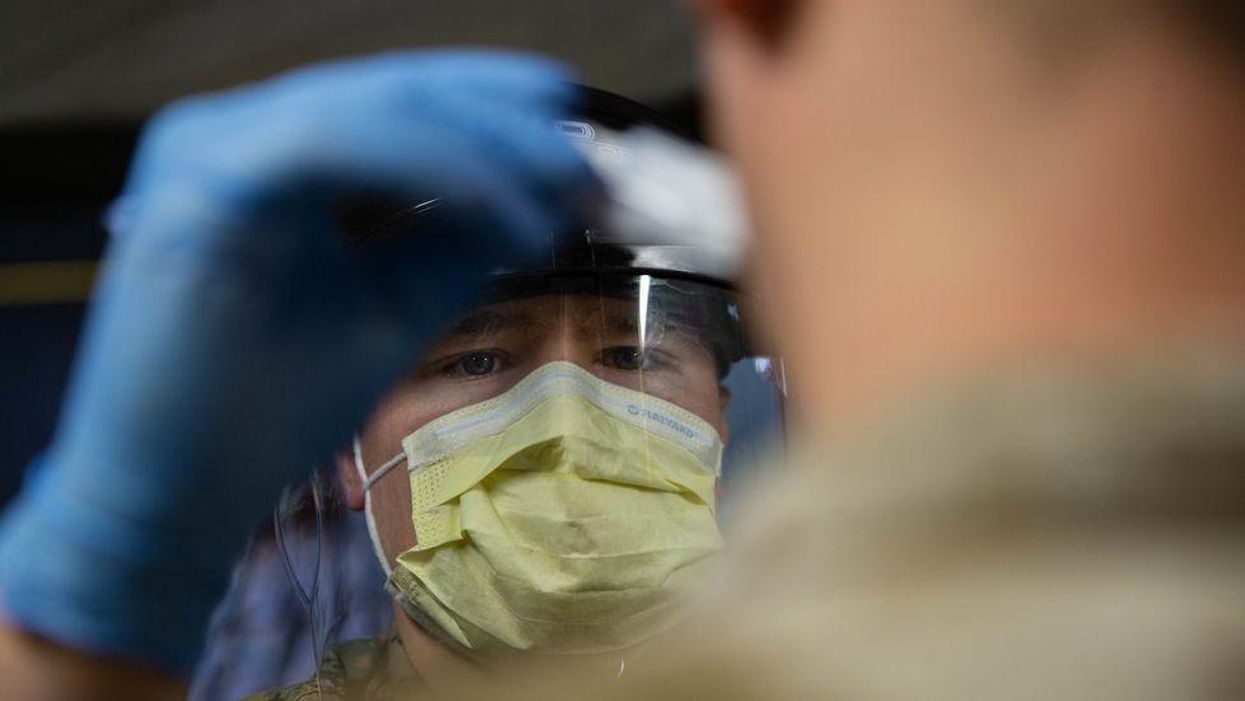 180 new coronavirus cases have been directly linked to a church camp and a men's conference. The majority of those who contracted COVID-19 were unvaccinated. Everyone 12 and older is eligible to be vaccinated.

One organization hosted the events in Illinois where 300 teens, aged 14-18, spent five days together and 500 others attended a two-day men's conference, NPR reports, noting "the number of people who may have been exposed may be much greater and from multiple states."

Neither NPR nor the CDC named the church group that hosted the vents, but the Chicago Tribune reports the "two outbreaks occurred in Schuyler and Adams counties and were tied to those who attended The Crossing Camp in Rushville, between June 13-17, and a nearby men's conference sponsored by the same organization."

The Tribune describes the camp as having "large, shared boarding facilities with 100 campers each [who] ate together in a cafeteria."

The event organizers did not require attendees to be vaccinated nor to show a negative test result.

Masks were not required at the men's conference nor were they included as items to pack for the church's teen camp.

The church's Facebook page does not appear to mention the outbreaks, nor has it even mentioned the coronavirus or the importance of masks and vaccines at least as far back as April, if ever.