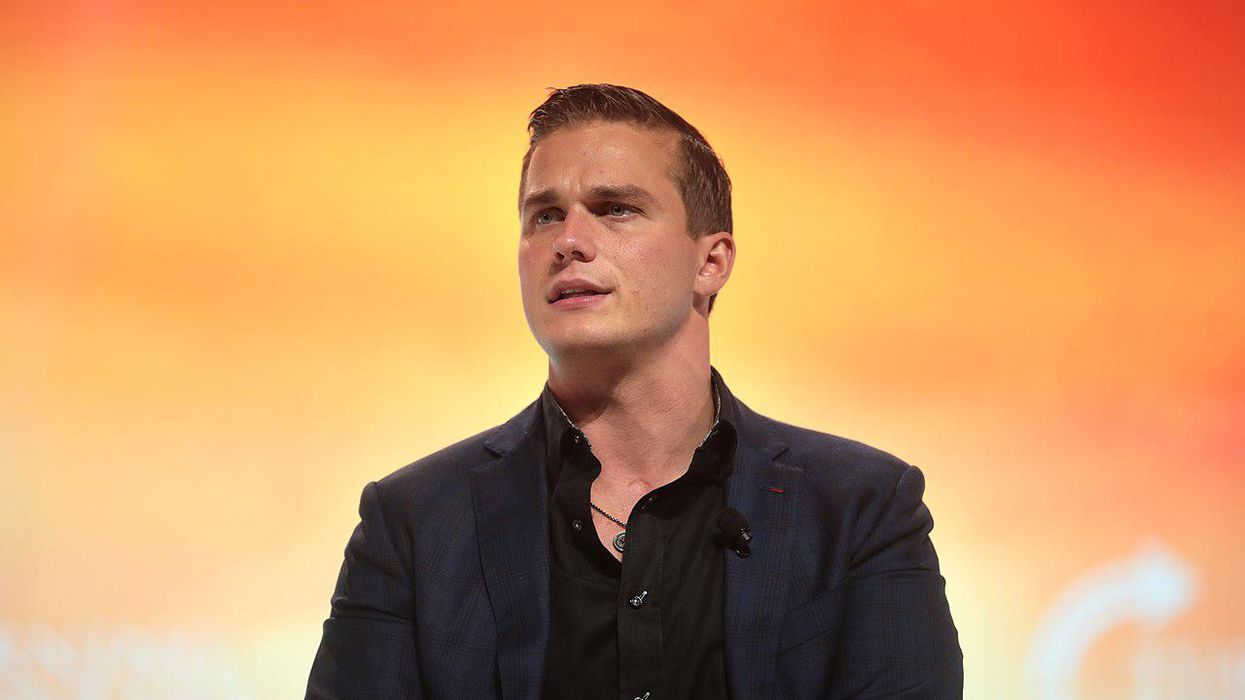 Rep. Madison Cawthorn of North Carolina has not only been promoting the Big Lie and encouraging voter suppression — the far-right Republican and Donald Trump ally is now threatening violence against Democrats, progressives and anyone else who promotes voting rights in the United States. The editorial board of his home town newspaper, the Charlotte Observer, is calling him out for his increasingly "alarming" behavior, and Cawthorn is being slammed by House Speaker Nancy Pelosi as well as conservative Republican Rep. Adam Kinzinger of Illinois (a frequent critic of Trump and the MAGA movement).

At a GOP event in Macon County, North Carolina on August 29, the 26-year-old Cawthorn reiterated his false claims that the 2020 presidential election was stolen from Trump because of widespread voter fraud. Cawthorn described incarcerated January 6 insurrectionists as "political prisoners" and told the crowd that there will be "bloodshed" in the U.S. if elections "continued to be rigged."

"I will tell you, as much as I am willing to defend our liberty at all costs, there's nothing that I would dread doing more than having to pick up arms against a fellow American," Cawthorn declared. "And the way that we can have recourse against that is if we all passionately demand that we have election security in all 50 states."

Cawthorn said of the 2020 presidential election, "We all know it was a stolen election" — a lie that has been repeatedly debunked. And he also claimed that Democratic North Carolina Gov. Roy Cooper stole the election from Republican Dan Forrest — something there is zero evidence of.

Although Kinzinger has vehemently condemned Cawthorn's rhetoric and false claims, many other Republicans are afraid to criticize him — as they don't want to risk offending Trump, who featured Cawthorn as one of the speakers at his "Stop the Steal" rally in Washington, D.C. on January 6. But the Charlotte Observer's editorial board, in an editorial published on September 1, stressed that more Republicans need to show some courage and call Cawthorn out.

"His fellow Republicans, including those in North Carolina, should respond," the Observer's editorial board wrote. "They should join Democrats in condemning Cawthorn and, in a bipartisan effort, censuring him in the U.S. House. Republicans surely would rather not target one of their own and face the possible wrath of their base, not to mention the former president. But Cawthorn can no longer be dismissed as a silly congressman braying from the mountains of North Carolina. His rhetoric is dangerous not only to his party, but his country. It's time to stop ignoring him."