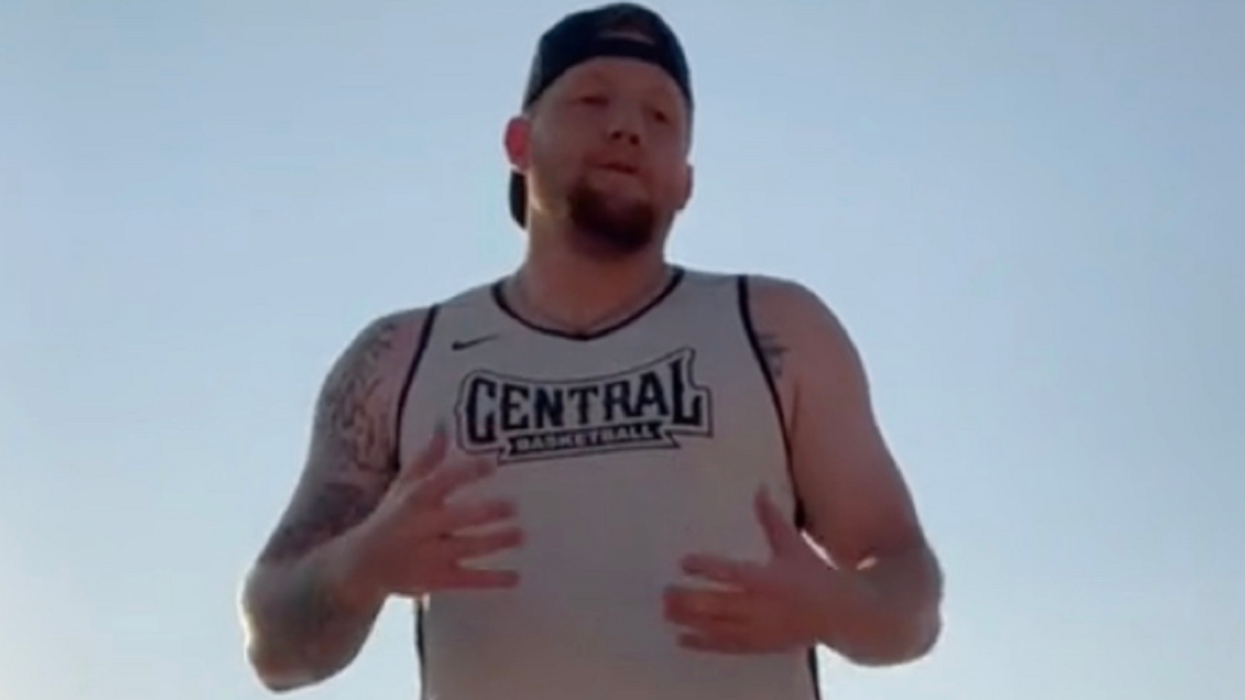 A Christian construction company that lists its values as "faith, respect, truth, and integrity" says it has fired Logan Dorn, a man caught on camera saying his "righteous anger" and the "Holy Spirit" made him harass several young women over their choice of bathing suits at a public beach on a Colorado lake. Those videos went viral, garnering millions of views.

"Today information was brought to our attention that one of our employees, Logan Dorn, was accused of harassing a group of individuals over the weekend in Northern Colorado," a post on the Mighty Hand Construction's Facebook page reads. "We began an investigation this morning which has resulted in the immediate termination of Mr. Dorn. Mighty Hand Construction does not condone Logan's behavior in the videos, nor do his actions reflect our values as a company. Mighty Hand strives to be a place of business where all are treated with utmost respect and acceptance, and actions by our employees which go against those values will not be tolerated."

Dorn had likened the women's bathing suits to "pornography," and said he felt a "righteous anger" and a "boldness by the Holy Spirit to go in to confront" them. He says he told the women, who repeatedly urged him to leave them alone, "there's going to come a day when you, when you're going to be face to face with God."

"I'm not going to apologize," Dorn also said in his own video defending his actions. "I'm just going to say, I'm going to continue to stay on on the truth, I'm I continue to stand on the Word of God. Our society is on such a downclimb of morality of pornography and lust is at an all time high."

On their website Mighty Hand Construction has a lengthy set of values, including: "We will do all things with trust in God, each other, and our leaders," "We will treat all people with kindness and decency," and "We will not force our beliefs but encourage when permitted."