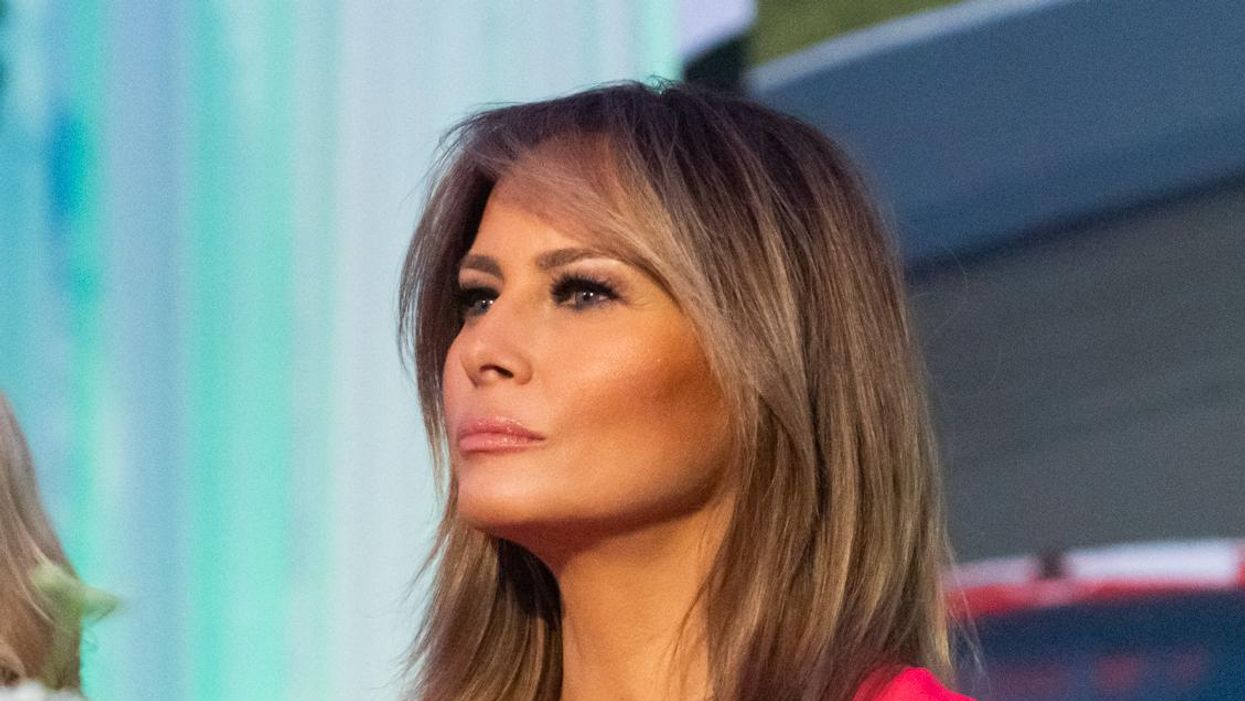 First Lady Melania Trump watches a performance during the Congressional Spouses Luncheon Tuesday, May 14, 2019, at the Washington Hilton Hotel in Washington, D.C.

Melania Trump will attend the Log Cabin Republicans' annual Spirit of Lincoln Dinner in November, where the gay GOP group will give the former First Lady an award. The move is being seen by some as a further attempt by Mrs. Trump to appear pro-LGBTQ, despite her husband being the most anti-LGBTQ president in modern history.

The event will be held at the Trumps' Mar-a-Lago resort, which the disgraced former and one-term president officially calls home. Mrs. Trump is also expected to deliver a speech at the event, The Washington Blade reports.

"Melania Trump's work as First Lady, from helping children reach their full potential to championing a more inclusive Republican Party, has been historic," Log Cabin Republicans managing director Charles Moran said, according to the Blade. "Her vocal support of Log Cabin Republicans has been a signal to Republicans everywhere that it is possible to simultaneously be conservative and support equality under the law for all Americans."

One year ago in October Mrs. Trump also teamed up with the Log Cabin Republicans in an attempt to whitewash her husband's anti-LGBTQ policies. In a video produced with Log Cabin Republicans which CNN said "misleads," the then-First Lady declared, "I was shocked to discover that some of these powerful people have tried to paint my husband as anti-gay or against equality. Nothing could be further from the truth."

In fact, earlier that year HRC released a list of more than 30 examples proving just how anti-LGBTQ then-President Trump is. GLAAD has a list of well-over 100 examples, that begins with his first day in office: "Minutes after Donald Trump was sworn into office, any mention of the LGBTQ community was erased from White House, Department of State, and Department of Labor websites."

Mrs. Trump has never spoken out against her husband's anti-LGBTQ policies, which include banning all transgender service members from the U.S. Armed Forces,