Nobel economist explains how corporate greed could prolong the pandemic 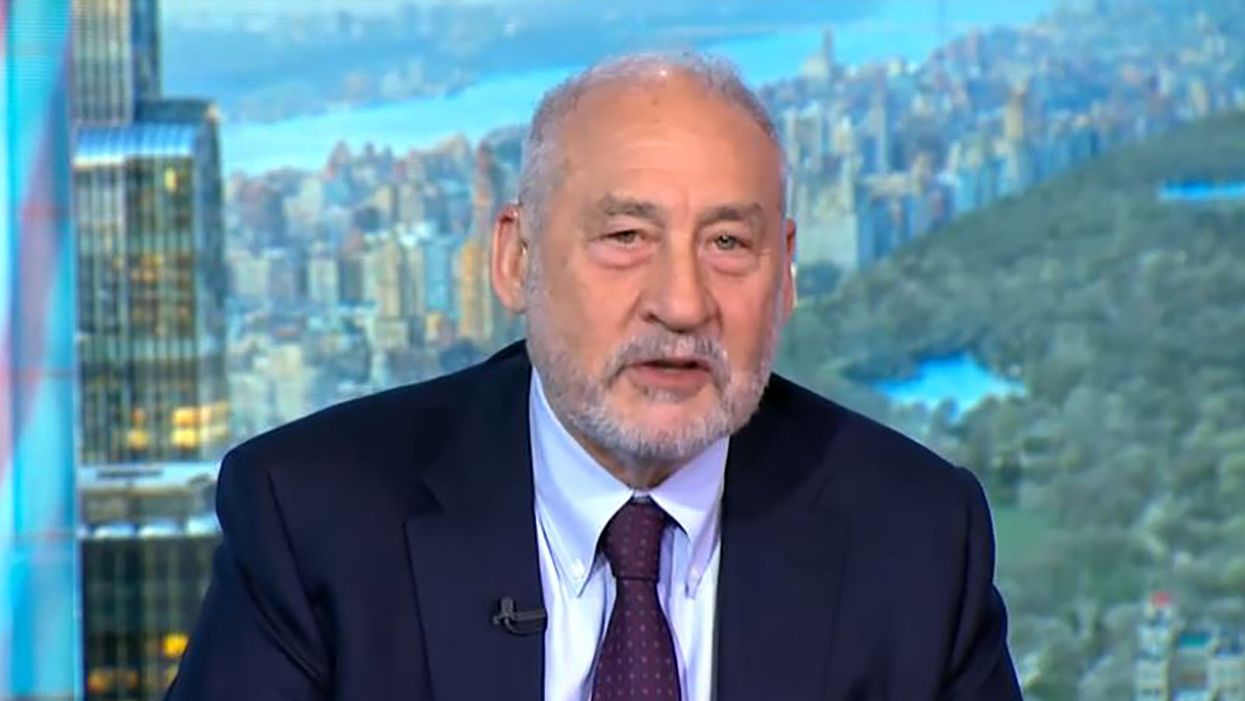 Joseph Stiglitz, Screengrab
‘It is like a third world country’: Nobel economist predicts dire economic conditions in the US from Trump and GOP's botched coronavirus response
Amy Goodman
and
Democracy Now
September 10, 2021

Nobel Prize-winning economist Joseph Stiglitz says global vaccine inequity endangers everyone on the planet, including those in rich countries, and says the best way to solve the problem is to drastically increase production of COVID-19 vaccines. "As long as the disease is festering someplace in the world, there are going to be mutations," Stiglitz says. "So it's in our own self-interest that we get the disease controlled everywhere."

AMY GOODMAN: Joe, we want to get to the costs of war. You wrote a book on this. But first, the World Health Organization's Africa director has condemned plans by the U.S. and other wealthy countries to offer third-dose COVID vaccine booster shots, while only 2% of Africa's 1.3 billion people have been fully vaccinated. Dr. Matshidiso Moeti said the U.S. should have given priority, and must do it now, to poorer nations. This is what she said.

DR. MATSHIDISO MOETI: Moves by some countries globally to introduce booster shots threaten the promise of a brighter tomorrow for Africa. As some richer countries hoard vaccines, they make a mockery, frankly, of vaccine equity.

AMY GOODMAN: You've just written an article on this issue, along with Lori Wallach. And I'm wondering if you can talk about — it's called "Will Corporate Greed Prolong the Pandemic?" Can you talk about vaccine equity?

JOSEPH STIGLITZ: Sure. I mean, it's very clear that we're not all — we're not going to be safe until the whole world is safe. As long as the disease is festering someplace in the world, there are going to be mutations. We know that. And we know that these mutations can be more contagious, more dangerous, and even more vaccine-resistant. So it's in our own self-interest that we get the disease controlled everywhere.

But right now there are two problems. This issue of vaccine equity, who gets the vaccine and who doesn't, and disproportionately, United States is getting a real access to the vaccine, and the developing countries simply are not. But, to me, the real issue is lack of supply. There is no excuse, a year — more, well more, than a year after the COVID-19 started, well after we discovered the vaccines that work, that there should be this kind of supply shortage. The market economy has the ability to produce these vaccines. I'm afraid that they're limiting the production to keep the price up. The head of Pfizer was hoping that he could sell each dose for $175, something that costs far, far less than that. So, to me, the first priority ought to be revving up production so that there is a supply for everybody in the world.

AMY GOODMAN: And finally, the costs of war — you wrote a book on this subject — as Biden pulls U.S. troops out of Afghanistan?

JOSEPH STIGLITZ: Well, the title of my book I wrote more than a decade ago was The Three Trillion Dollar War, pointing out the high cost of the War in Afghanistan and Iraq. We knew that our numbers were conservative. But as time mounted on and the costs mounted up, what we've discovered is that the cost just of caring for our returning troops —

AMY GOODMAN: We have 20 seconds.

JOSEPH STIGLITZ: — is in the trillions of dollars. The wars have been little benefit, but enormous cost to our society.

AMY GOODMAN: We want to thank you so much for being with us, Joe Stiglitz, Nobel Prize-winning economist, Columbia University professor, former chair of the Council of Economic Advisers. Among his books, People, Power, and Profits: Progressive Capitalism for an Age of Discontent.

That does it for our show. I'm Amy Goodman, with Juan González. Stay safe.