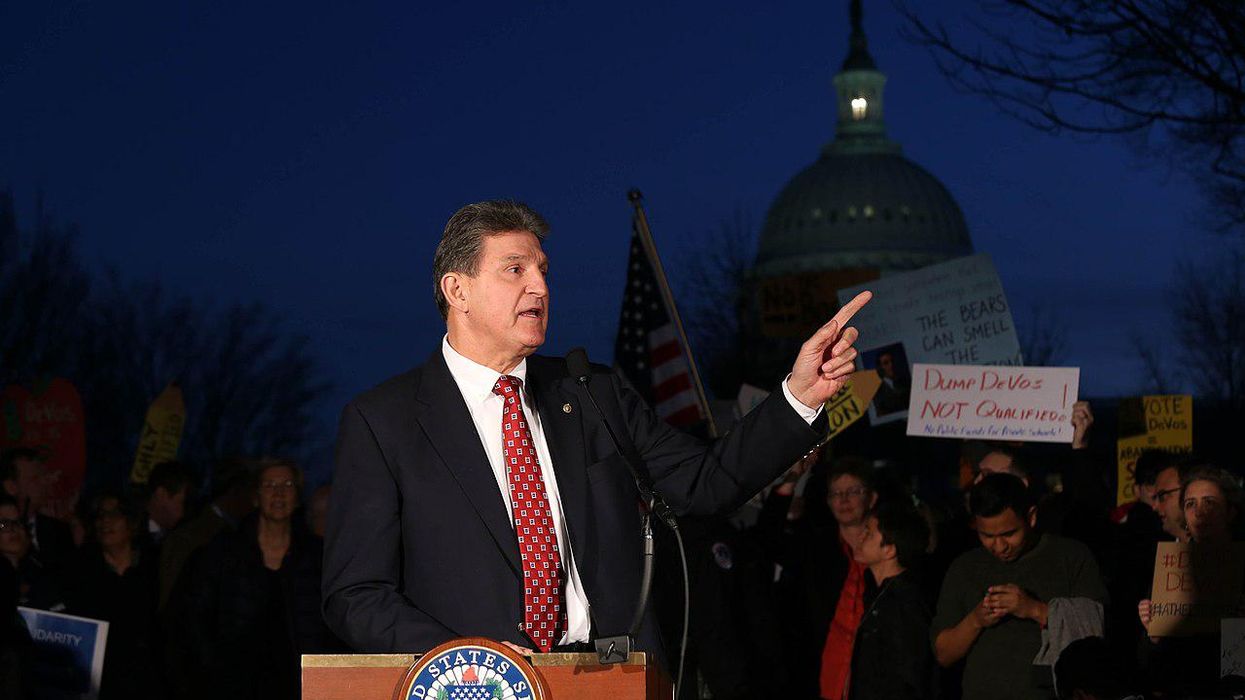 The League of Conservation Voters gives scorecards to members of Congress based on their environmental records, and LCV's National Environmental Scorecard gives Sen. Joe Manchin of West Virginia a 54% favorable score for 2020 and an overall lifetime score of 49% — compared to the 96% lifetime score LCV gives Rep. Alexandria Ocasio-Cortez of New York City or the embarrassing 3% lifetime score LCV gives Rep. Jim Jordan of Ohio. Manchin, who receives neither AOC's stellar rating from LCV nor the abysmal rating given to Jordan, has had a friendly relationship with the coal industry than many other Democrats — and that relationship is the focus of an article published by The Intercept on September 3.

Journalist Daniel Boguslaw's article notes what Manchin has had to say about fossil fuels versus green energy and examines, in great detail, his relationship to the coal industry in West Virginia. The centrist Democrat told CNN, "If you're sticking your head in the sand and saying that fossil (fuel) has to be eliminated in America — and they want to get rid of it, and thinking that's going to clean up the global climate — it won't clean it up all. If anything, it would be worse."

Boguslaw explains, "Manchin's claim that climate pollution would be worsened by the elimination of fossil fuels — or by the resolution's actual, more incremental climate provisions — is highly dubious, if not outright false. What would unquestionably be impacted, however, is Manchin's own personal wealth."

The journalist goes on to offer elaborate details about Manchin's relationship with coal.

"For decades, Manchin has profited from a series of coal companies that he founded during the 1980s," Boguslaw notes. "His son, Joe Manchin IV, has since assumed leadership roles in the firms, and the senator says his ownership is held in a blind trust. Yet between the time he joined the Senate and today, Manchin has personally grossed more than $4.5 million from those firms, according to financial disclosures. He also holds stock options in Enersystems Inc., the larger of the two firms, valued between $1 and $5 million."

Boguslaw continues, "Those two companies, Enersystems Inc. and Farmington Resources Inc., the latter of which was created by the rapid merging of two other firms, Manchin's Transcon and Farmington Energy, in 2005. Enersystems purchases low-quality waste coal from mines and resells it to power plants as fuel, while Farmington Resources provides 'support activities for mining' and holds coal reserves in the Fairmont area."

"Manchin's advocacy for relaxing environmental regulations on the coal industry extends well beyond coal ash," Boguslaw observes. "In at least one instance, that advocacy was linked to the interests of the Edison Electric Institute, or EEI — an energy producer trade group tied directly to Manchin coal, as Sludge reported in July. In 2012, Manchin was one of the loudest voices opposing the Obama-era EPA rules limiting mercury and aerosolized acid emissions from power plants like Grant Town, which supplies power to an EEI member."